Where is The Envoys Filmed? Is it a True Story?

‘The Envoys’ (originally titled ‘Los Enviados’) is a Spanish drama series that follows two priests who are on a journey to solve the case of the disappearance of an alleged healer. They go through a series of tough challenges when they begin to investigate a psychiatric community on the outskirts of town that could be responsible for the incident.

Starring Luis Gerardo Méndez and Miguel Angel Silvestre in the lead roles as an elite force led by the Vatican, the series thrives on an interesting premise interlaced with beautiful locations, some of which seem majestically church-like and ethereal. If you want to know where this show is filmed along with its origin, we have you covered!

The first season of ‘The Envoys’ was filmed in the first half of 2021 in Mexico. If you’re curious to know more about the show’s filming process, you’ve come to the right place. Let’s take a look at the details!

‘The Envoys’ is filmed in Mexico, which lies in the southern portion of North America. Bordered at the north by the United States, the country is known to be the land of extremes because of its dense rainforests and deep canyons. It is mainly covered with mountains, making it an ideal spot for filming TV shows and movies. Other than that, Mexico is also known for being rich in culture, and in the show, the Latin community is the point of central focus.

Over the years, Mexico has become an important part of the film and television industry across the globe. It has housed box office hits such as ‘Titanic, ‘Pearl Harbour’ and also several sequences in James Bond’s ‘Spectre.’ Its location additionally serves as an advantage as it lies close to Los Angeles, the hub of entertainment. Therefore, Mexico is always in high demand, as a result of which AMC’s ‘Fear the Walking Dead’ and ‘911’ have been produced under Baja Studios.

Is The Envoys Based on a True Story?

No, ‘The Envoys’ is not based on a true story. The compelling narrative is driven by a script penned by Molo Alcocer Délano, Leandro Calderone, and Emanuel Diez. The brain behind the story is the showrunner, director, and producer — Juan José Campanella — who has tried to portray religion within the Latin culture. It was a risky move on the creative team’s end because the community has deep ties with Christianity. However, they managed to challenge the idea that miracles are real while staying true to the ideals of the Latino and Hispanic communities.

Talking about the show, Luis Gerardo Méndez, who plays Pedro Salinas, stated, “In Mexico and Latin America, we grow up with a very strong faith, and this show is about questioning that and science.” He further explained that his “character is a priest who is also a doctor and he’s in charge of figuring out if a supposed miracle is happening in this town. It’s an interesting journey about what we are believing in. My character is always saying he doesn’t want to believe, he wants to prove what’s right.” 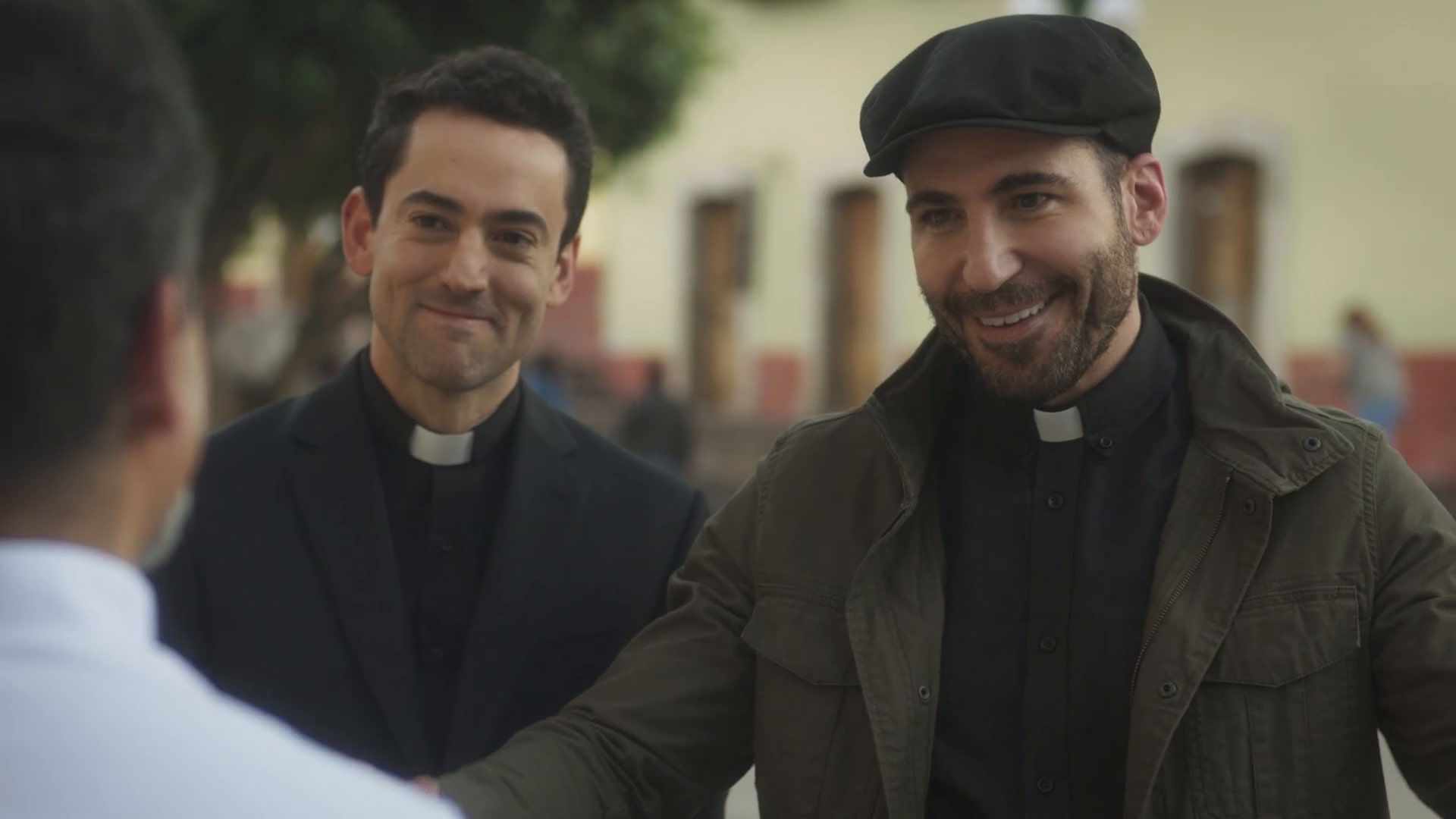 Méndez had a lot to say about Juan and his exceptional talent that shows up as he creates “stories that are so appealing and intriguing—especially these characters, who are really relatable.” When Mendez met the director of the show, he recalled telling him that his character reflects the person he is. The actor added, “I grew up as part of a very Catholic family. My mom is one of the most devoted Catholics you’ll ever meet, and my father was a doctor—so I grew up between those storylines my whole life. So I could totally understand what it would be like to be a priest but also be very much on the side of science.”

In addition, multiple layers of secrets have been weaved into the story, including one of Pedro’s. He is a doctor, but he also grew up with a Mexican Indigenous nanny who harbors different beliefs from his family and their religion. Thus, his narrative is all about discovering other ways of looking at God. Hence, the show portrays religion from an explorative and educational standpoint besides representing communities that believe in their own versions of feeling and seeing God. Although ‘The Envoys’ is not based on a true story, it is rooted in conventional systems of religion observed.