Where Is The Gilded Age Filmed? 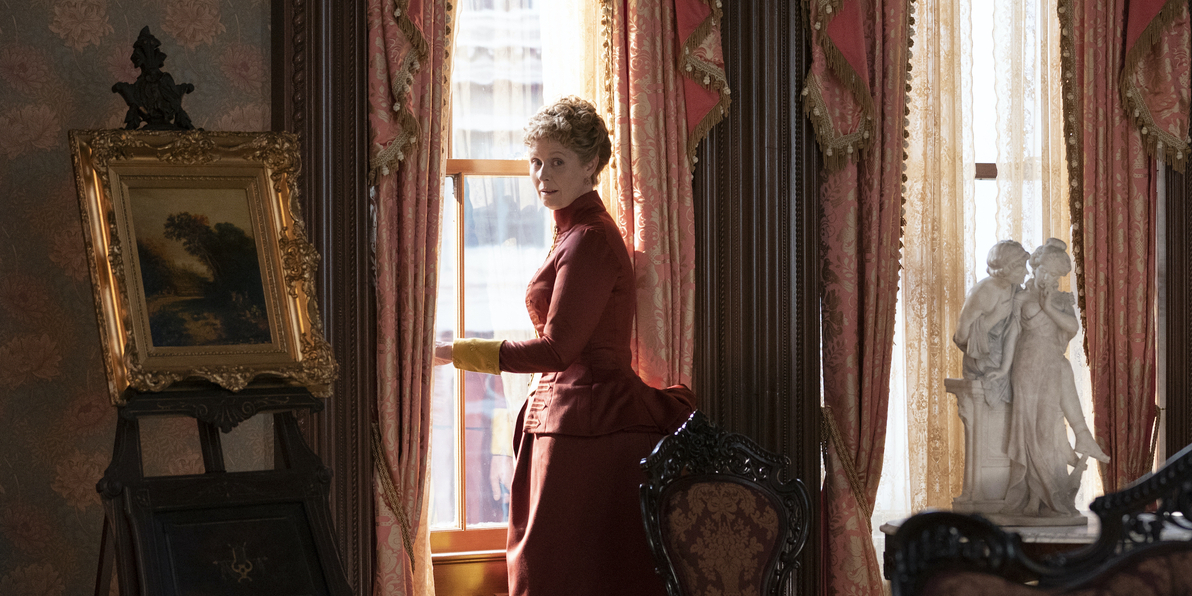 Aptly titled after the time era the historical show is set in, ‘The Gilded Age’ revolves around a young woman named Marian Brook. The daughter of a late Union general moves to New York City to live with her very wealthy aunts, Agnes and Ada. Although it does not take her long to get involved in the social scene, her life is made all the more interesting because of her friendship with a bright woman named Peggy Scott.

For historical TV shows, production teams have to go through an elaborate process to ensure that the setting and locations are designed as per the demands of the narrative. And the name of this series itself suggests that the time period the show is set in is very important to the storyline. Now, if that has got you wondering which place in this time and age could stand in for 1880s New York, we have got you covered!

‘The Gilded Age’ is primarily filmed in the states of New York and Rhode Island, specifically in Troy, New York City, and Newport. As per reports, the initial plan was to get the cameras rolling by March 2020. But the outbreak of the Coronavirus threw a wrench in the plans. Finally, the cast and crew began filming the first season in early 2021 and finished by Summer 2021. However, it seems that the pilot may have been filmed in the fall of 2020. Now let us take you through the places that depict New York City of the Gilded Age!

A considerable chunk of the show is filmed in Troy, particularly in the Central Troy Historic District. The cityscape is defined by the period architecture that provides the era-appropriate setting for this drama series. Several pivotal scenes have been filmed in and around Second and Third Street. A notable landmark that features in the show is Washington Park on 195 2nd Street. It happens to be the only other private residential park in all of New York apart from Gramercy Park in New York City.

Green House Mansion is one of the buildings that face Washington Park. It appears in a few sweeping shots of the area. Another significant production site in Troy is Monument Square. During filming, the area was transformed using fake cobblestone, building facades, and realistic-looking storefronts. The horse-drawn carriages completed the look.

Cannon Building – one of the oldest buildings in Monument Square – is seen in a few scenes. What once used to once be Illium Café & Catering was made to look like Bloomingdale’s of the Victorian era. Other spots in Troy that appear in the series are Troy Savings Bank Music Hall, Artcentric Marketplace on River Street, and Frear Building on Fulton Street. Filming reportedly takes place on Broadway, Franklin Alley, and First Street as well.

Some sequences may have been filmed at the Oakwood Cemetery, Hart Cluett Museum, and Rensselaer County Courthouse. The cast and crew reportedly used Troy Atrium to store the costumes and work with extras. Furthermore, the team rented about 50 parking spots at the Uncle Sam Parking Garage.

A notable New York City site that lends itself to the show is the Bethesda Fountain in Central Park. Situated on 72 Terrace Drive, it is only a 3-minute walk from the iconic Bow Bridge. Apparently, the team lensed a few scenes on the famous Fifth Avenue in Manhattan. An artery of NYC, the street is known to be one of the most expensive shopping destinations in the world.

Lyndhurst Mansion on 635 South Broadway, Tarrytown is another recognizable production site that features in the show. The Gothic Revival country house is a National Historic Landmark, making it fit for a series like ‘The Gilded Age.’ In addition, several other parts of the state of New York are used for filming. They are the Hudson River Museum in Yonkers and North Shore in Long Island.

Pivotal scenes in the series are shot at the historical mansions from the Gilded Age – Chateau-sur-Mer and The Elms on Bellevue Avenue, as well as The Breakers on Ochre Point Avenue. Another mansion that the production team uses extensively is the Seaview Terrace on 207 Ruggles Avenue.

According to sources, filming was carried out in the historic neighborhood of The Point. Several locals were cast as extras, and those with professional kitchen staff experience were roped in to portray the cooks and kitchen staff of the 1880s. Therefore, we can safely say that the production team goes to great lengths to achieve the 19th-century look for this period drama series.

Read More: Is The Gilded Age Based on a True Story?