Is The Gilded Age Based on a True Story? 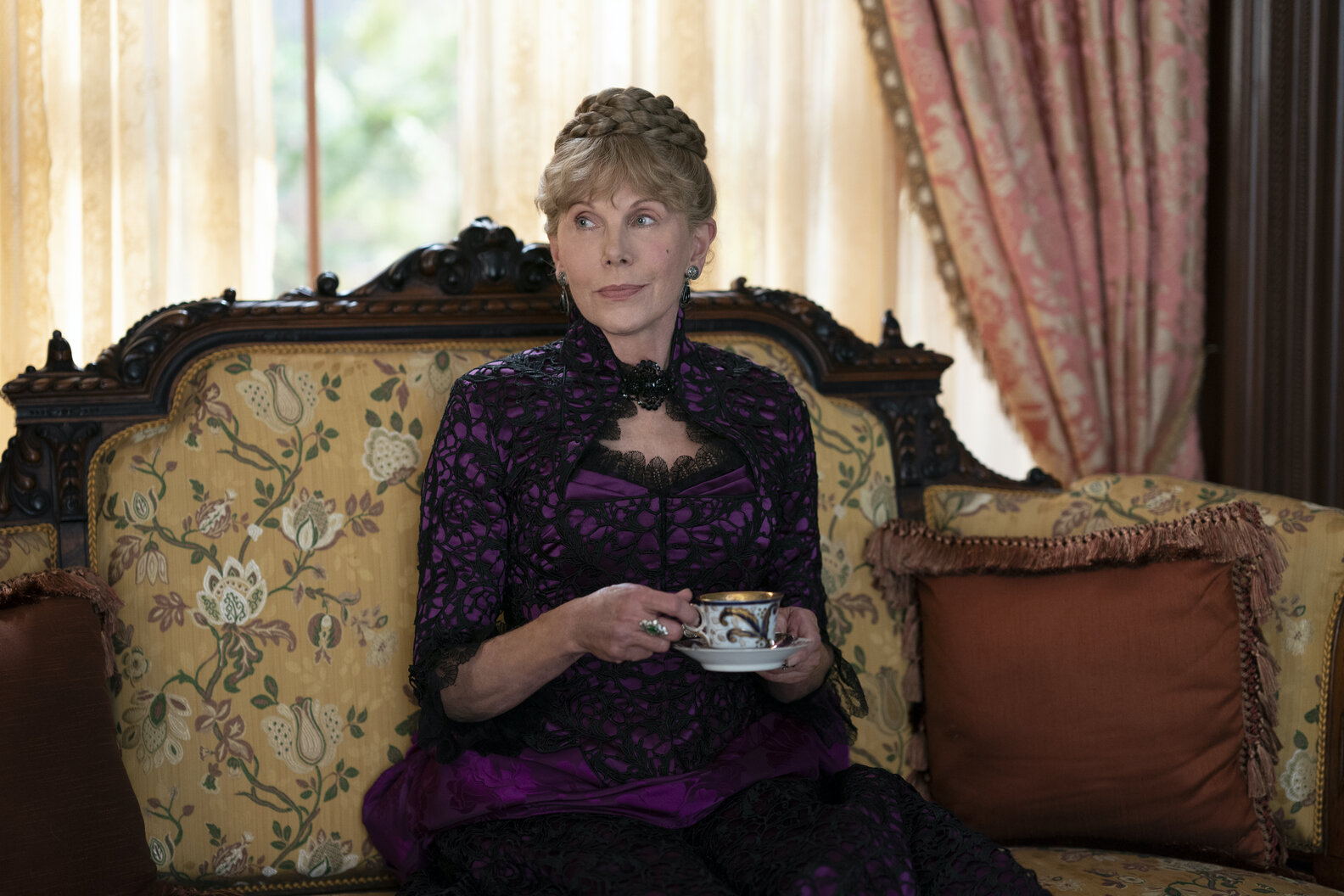 Created by Julian Fellowes (‘Downton Abbey’), ‘The Gilded Age’ is a period drama series set in the still-developing city of New York of the late 1800s. It follows the young Marian Brook (Louisa Jacobson), as she comes to New York to live with her aunts Agnes (Christine Baranski) and Ada (Cynthia Nixon) and witnesses the struggle between old and new money for power and influence in the society first hand. She also grows close to the Russell family.

George (Morgan Spector), its patriarch, has amassed a massive fortune in the railroad business and hence is considered an upstart by his detractors. His wife Bertha (Carrie Coon) is as ruthless and ambitious as him and wants to usher in radical changes to polite society. Just like ‘Downton Abbey,’ ‘The Gilded Age is deeply entrenched in its setting. It glorifies the past but doesn’t shy away from depicting the hypocrisy and shortcomings of its characters and the social ills of the era. If the settings, the costumes, the dialogues, and the characterizations have made you wonder whether ‘The Gilded Age’ is inspired by true events, this is what you need to know.

Is The Gilded Age Based on a True Story?

No, ‘The Gilded Age’ is not based on a true story. The narrative is largely fictional, written by Fellowes and Sonja Warfield. However, certain characters in the show are historical figures. The phrase “gilded age” was first coined by Mark Twain and Charles Dudley Warner in their 1873 novel, ‘The Gilded Age: A Tale of Today.’ After the end of the Civil War, the Americans hoped that the golden age would follow such humongous bloodshed. Instead, the country was riddled with various social and political issues, which were overshadowed by the rapid economic expansion and technological advances. It appeared that economy and technology were serving as thin gold gilding the problems plaguing contemporary society.

The historians, writers, and critics of later years almost universally accepted the phrase and what it denotes. The metaphor is now primarily applied to the years between the 1870s and around 1900. The Gilded Age brought about drastic changes to American society due to the influx of wealth. The rapid industrialization drew millions of Europeans across the Atlantic, which led to widespread urbanization and the rise of a new class of affluent individuals.

“What happened after the Civil War was over was how these enormous fortunes grew out of it,” Fellowes stated in an interview. “You saw these enormous railway fortunes, shipping fortunes, copper, coal. These fantastically rich individuals descended on New York, where they found a perfectly settled indigenous upper class based on the families of Scotland and England who had come over 200 or 300 years before.”

The creator continued, “But they were more modest. They were living in houses in Washington Square that were not enormous. They lived respectable lives, and that was New York society at the time. But for the new arrivals, that wasn’t enough for them. They wanted to do something bigger and better. They started to build these palaces on Fifth Avenue and gradually pushed further north. So you had these great rivalries between the new families and the old.”

If George and Bertha represent the new money in ‘The Gilded Age,’ Agnes represents the old. The Russells bear some similarities with Alva and William K. Vanderbilt. Like George, William was involved in the railway business, while Alva was imbued with the same indomitable spirit as Bertha. Moreover, Caroline “Lina” Schermerhorn Astor (Donna Murphy) or Mrs. Astor, arguably the most prominent socialite of the era, is part of the storyline, along with her partner-in-crime, Ward McAllister (Nathan Lane). Together they served as the gatekeepers of the polite society of New York.

The creators of ‘The Gilded Age’ sought to capture all possible aspects of contemporary society. Renowned Civil Rights leader and journalist T. Thomas Fortune (Sullivan Jones) serves as the mentor for Marian’s friend and confidant Peggy Scott (Denée Benton) in ‘The Gilded Age.’ Clara Barton (Linda Emond), nurse and founder of the American Red Cross, is also one of the characters of the series, so is Mrs. Astor’s famously beautiful daughter, Caroline (Amy Forsyth).

According to Dr. Erica Armstrong Dunbar, who was associated with the first season’s production as an executive producer and historical consultant, they wanted to make a show that would have a strong realistic foundation. “While The Gilded Age is a fictional show, it’s important to ground the storytelling in authenticity,” she said. “We want viewers to feel and see a landscape that is from the past yet believable and accurate.”

Dunbar further explained, “The show takes place in late 19th century America when the country was moving into a modern era. We want viewers to experience and marvel at the progress of that moment but to also understand the very real hurdles that existed for many Americans.” Clearly, ‘The Gilded Age’ is intricately connected to its setting. So, it’s perfectly understandable if someone believes it is based on a true story even though it isn’t.