Where is The Great British Bake Off Filmed? 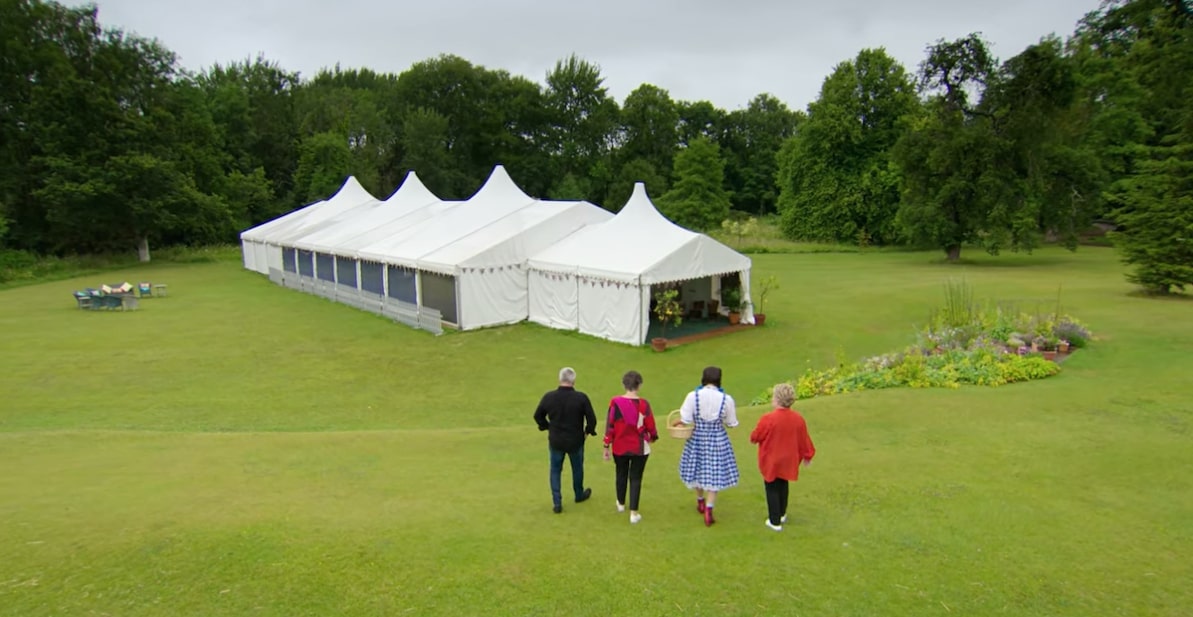 ‘The Great British Bake Off,’ better known as ‘Bake Off’ or simply ‘GBBO,’ is a feel-good reality competition series. It gathers a bunch of talented yet amateur home bakers and pits them against one another in a set of complex challenges over several weeks. With no rewards or cash incentives, the contestants’ only motivation for winning is to prove their skills and earn bragging rights for the rest of their lives. And that’s why this production gets bigger with each passing season.

The supportive environment and spontaneity of ‘GBBO’ are iconic, yet the fact that it is always filmed in and around a gigantic white tent seems to have defined it. The best part, though, is the reason behind this backdrop. Executive producer Anna Beattie wanted to give off a classic village fête feeling, which is essentially a lively public gathering typically held outside or in a canopy. She succeeded, and the format for the show never changed. So now, let’s find out the marquee’s locations, shall we?

‘The Great British Bake Off’ is filmed in England. The production has switched quite a few locations since its premiere in August 2010. In the first four seasons, the quintessential tent moved from London to Somerset before finding a home in Berkshire county for about five years. However, when COVID-19 struck, the filming of season 11 was not only cut down to six weeks rather than the standard 12-13, but the producers also relocated the marquee to Essex. And that’s where it has remained for season 12 as well. Let us take you through the details!

The two key locations where ‘The Great British Bake Off’ set up its canopy in London were Fulham Palace (season 1) and Valentines Mansion (season 2). Once the renowned residence of the Bishop of London, the former is a Grade I historically listed structure with medieval origins. On the other hand, Valentines Mansion provides the Redbridge borough with its largest green and open space, making it the perfect scenic spot to film the show. In fact, this Grade II area is now a museum and a wedding venue.

As the once-cider capital of the UK, Somerset is a county that shares borders with Bristol, Gloucestershire, Wiltshire, Devon, and Dorset, meaning that it has beauty both within and nearby. Thus, it is no surprise that ‘The Great British Bake Off’ chose the Grade II Harptree Court as its shooting spot for both seasons 3 and 4. Despite its appeal, it doesn’t look like any other movie or television show has utilized this now-private house operating as a Bed and Breakfast as its filming location.

Like Somerset, Berkshire is a county filled and surrounded by picturesque charm. Therefore, from 2014-2019, ‘GBBO’ set up its institutional tent on the grounds of Welford Park, a Grade I estate in Berkshire. Although it is a private residence, owned by a single family for centuries, it used to be open to the public for a few months every year before the global pandemic made them close their doors for a while. Interestingly, ‘Boxford Masques: Joe Soap’s Masquerade’ (2014) was also filmed in this location. 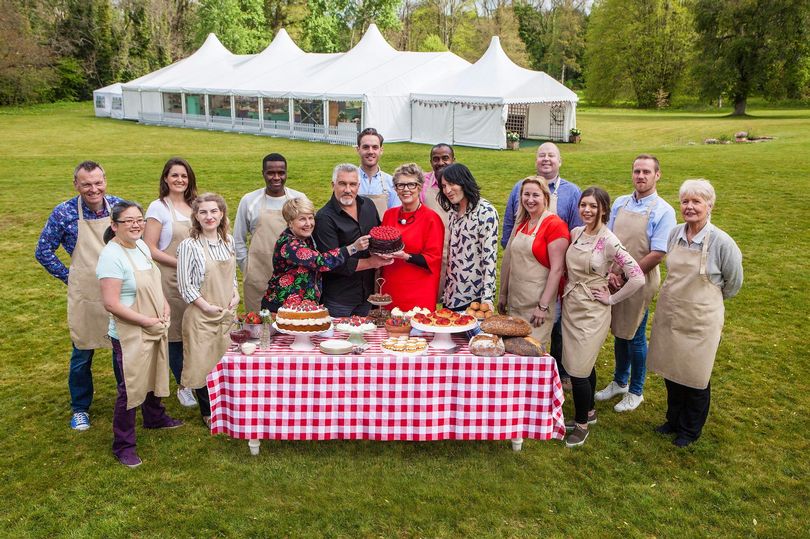 In 2020, producers of ‘The Great British Bake Off’ decided to move their marquee to a scenic yet safe quarter that they could rent out without any worries in order to abide by the local COVID-19 guidelines. And that’s how they found Down Hall Hotel near Bishop’s Stortford, right across the border of Hertfordshire. Since it’s a Victorian country house sitting on 110 acres of woodland and parkland, with 98 luxurious rooms and open gardens, everyone involved in this series could stick to the rules and regulations while also having some room to breathe. And so, season 12 was filmed here as well.

Read More: Is The Great British Bake Off Real or Scripted?