Where is The Great Pottery Throw Down Filmed? 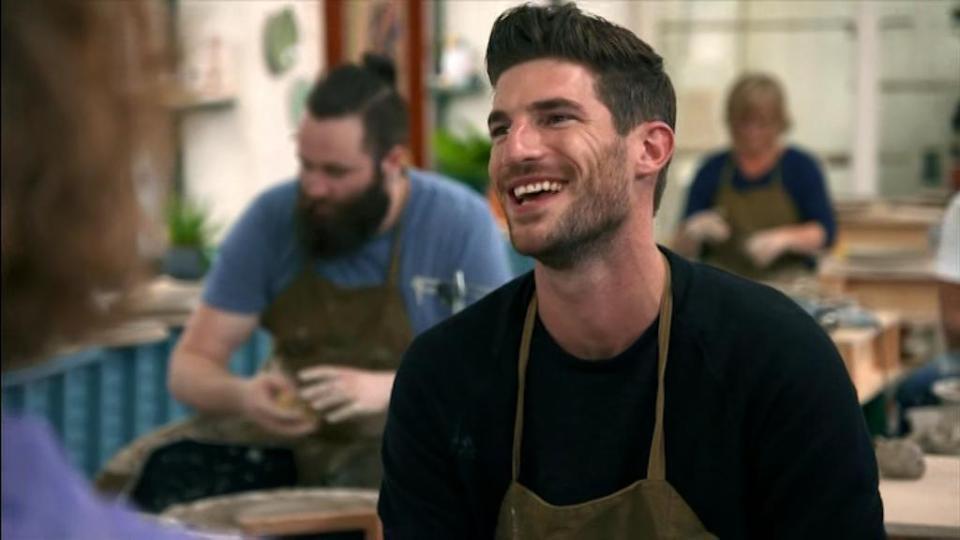 ‘The Great Pottery Throw Down’ sees participants worldwide trying to compete for a chance to be the Top Potter. Seeing the amateurs duke it out in front of judges has become a favorite pastime for several viewers. The show’s format is also increasingly fascinating, since there are smaller challenges along the way, except for the grand prize everyone’s fighting for. As the contestants work in a beautiful studio setting in ‘The Great Pottery Throw Down,’ you might be curious about where it is located, and whether you might visit it.

The Great Pottery Throw Down has been filmed in Stoke-on-Trent. The city in central England is best known for its pottery industry. It is affectionately called The Potteries and has the distinction of being recognized as the World Capital of Ceramics. In case you want to visit the specific location where ‘The Great Pottery Throw Down’ is filmed, you’d have to head to the Middleport Pottery, located on Port Street, Burslem. You can check out a post about the show being shot here.

I'm missing out on Great British Bake Off's most recent season, so I'm watching The Great Pottery Throw Down. It's a nice change of venue (Stoke-On-Trent) and medium.

GIF :a potter at the wheel, holding a black dog's paw to a pottery work in progress, for shaping the piece. pic.twitter.com/RPHjPGuPgS

The factory where the series is shot was initially established in the 19th century. Thus, it has a rich history, but the amenities are all top-notch. After all, there has been a massive restoration project, costing nearly $11 million. Since then, the building has also become a heritage site and tourist hotspot. Visitors can go deep into the history of pottery and explore the old Victorian offices, learning about individuals who shaped the world of ceramics. A factory tour can also be arranged, which helps guests understand the different stages of production.

Thus, ‘The Great Pottery Throw Down’ has done a fantastic job, picking out the perfect location for the competition. There is a rich culture of ceramics, which inspires the contestants to do their best. As for Stoke-on-Trent, the city’s tourism has greatly benefited from the show’s popularity and reach. With HBO Max taking it to American audiences, the footfall is only expected to get heavier. Naturally, after the initial filming, some post-production work, including editing, is done in the studios. But, the actual shooting of the series is organized in Middleport pottery. We will leave you with a final post of a netizen cheering the parent network’s choice of location, based on historical and cultural significance.

Middleport pottery near to the mother town of Stoke on Trent . the venue for great pottery throw down on @BBCTwo now! @BCBfestival

Read More: Where is Sing On! Filmed?