Where is The Haves And The Have Nots Filmed? 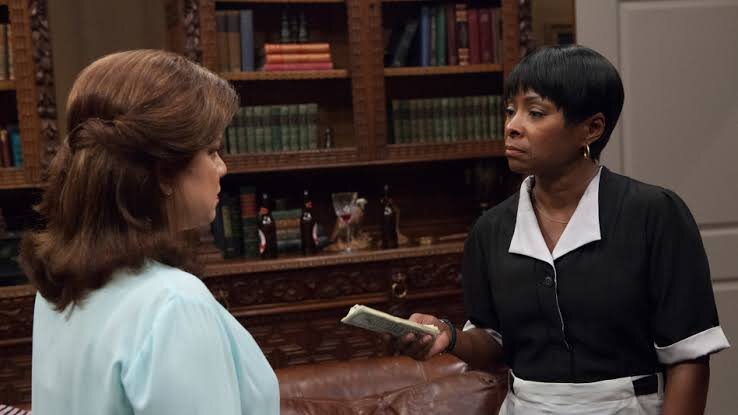 Created, written and directed by Tyler Perry, ‘The Haves And The Have Nots‘ is a crime drama-cum-soap opera which airs on the Oprah Winfrey Network (OWN), and is the network’s first-ever fictional show. The series is rather popular among the audiences and has been running successfully since it first released in the year 2013. ‘The Haves And The Have Nots’ has equal amounts of humor, tension, betrayals, manipulations, and some solid drama to keep its audiences hooked. The series is reportedly the most popular show on the OWN as well.

‘The Haves And The Have Nots’ revolves around three different families who live in Savannah, Georgia and their relationships with each other. First, we have the Cryers and the Harringtons. These families are rich and influential and are among the most respected and revered people of Savannah. At the other end of the spectrum are the Youngs. They are underprivileged, but just like the two other families, they too lead highly dysfunctional lives. The film heavily deals with this economic and social difference between these families, an approach we hardly see in mainstream soap operas. ‘The Haves And The Have Nots’ has also been highly praised for its racially diverse cast.

The story of the series is set in the antebellum south of America. It tries to show us how the sophisticated and powerful people of the south live their lives and deal with people who do not belong to their social strata. Being the genius writer-director he is, Perry manages to bring out these subtextual layers quite well with the dialog and the characterizations that he comes up with. ‘The Haves And The Have Nots’ is mainly shot at the Tyler Perry Studios, and in parts of Georgia. Read on to find out more about the show’s filming locations:

The Haves And The Have Nots Filming Locations:

Most soap operas are filmed inside the confines of studios since the scenes are mostly dialog-based. It is through the conversations between the characters that we get to find out who these characters truly are. While ‘The Haves And The Have Nots’ is also filmed mostly inside the confines of a studio, the show has also often filmed in certain outdoor locations over the years.

Atlanta is the city where the majority of the series is filmed. The Tyler Perry Studios, which belongs to the creator of the show himself, naturally serves as the location where the indoor scenes are shot. The studio is one of the best you can find in southern America, and has almost all the facilities which you will expect from a top-tier studio. Here’s a series of photos from the studio’s official Instagram page which gives us an idea of its infrastructure:

The series has famously filmed certain scenes in the city of Canton, in Ohio. The 151 Main building in the central business district of the city has served as the location where ‘The Haves And The Have Nots’ was filmed. The Cherokee Office of Economic Development has always been trying to make Canton a viable place for filming movies and TV shows, and it is believed that Tyler Perry coming here with his show has served as a major boost to the city’s prospects.

The Old Douglas County Jail has served as one of the filming locations for the series. The jail is located at 6840 Church Street in Douglasville, Georgia, and has often been used as a filming location for movies and TV shows.