Where Is The Pentaverate Filmed? 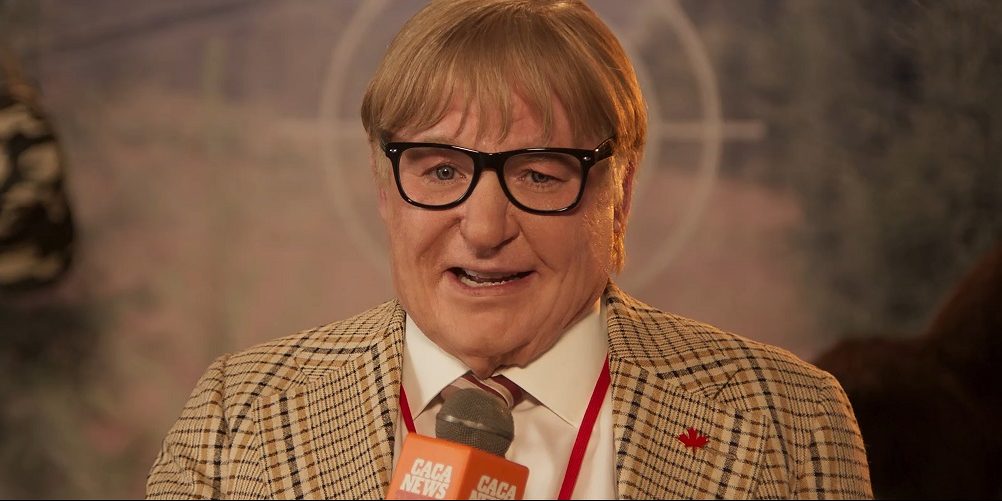 The famed comedian behind ‘Austin Powers,’ Mike Myers, shines in the vehicle role in his own creation, Netflix original conspiracy-themed investigative thriller series ‘The Pentaverate.’ The veteran comedian and actor also puts on quite a few attires for the show, which is a spin-off of the actor’s 1993 film, ‘So I Married an Axe Murderer.’ As a Canadian journalist, one of Mike’s characters, Ken, gets plunged into the vortex of a mystery involving the titular secret society, hoping to uncover a damning truth and save the world on his own.

The Penteverate may be behind several significant chapters in a book on global history, beginning from the Black Plague of 1347. However, they must maintain secrecy, putting the journalist in a tricky corner. Most of the story unfolds in the headquarters of the Pentaverate, offices, lobbies, and halls. If you feel like knowing where the series is filmed, allow us to reveal all the places.

‘The Pentaverate’ is filmed in locations in the US and the UK, especially London and New York. Filming for the first season commenced on May 27, 2021, coming under wrap by late September of the same year. Jamie Cairney, the cinematographer of ‘Sex Education,’ came on board to handle the camerawork. At the same time, Simon Rogers, known for his work on ‘Journeyman’ and ‘Mongrels,’ joined the team as the production designer.

Endowed with a vast imperial history and lavish architecture, England and the UK provide ideal environments to carry out productions. As per the UK Film Tax Relief (FTR), qualifying projects get a cash rebate of up to 25% of the production expenditure. As productions boost the economy locally, the government makes a small sacrifice to attract more projects. Let us now take you to the specific locations where the series is filmed.

Most of the filming takes place in and around London. Few scenes from the first season of the show the London skyline in all its glory. The cast and crew extensively tour the sprawling metropolis, filming in several lesser-known places. The series depicts an underground London not often seen in the cinematic medium. They set up a base in a production studio in the city, filming a bulk of scenes there.

One of the significant locations in the city is the Camden Town area, in the heart of London. While the bustling marketplace is circled by the Regent’s Canal, the neighborhood is also famed for its old-school pubs and round-the-clock lifestyle. If you ever get to visit the district, be on the lookout for the stars performing in the live music venues in and around the area.

The cast and crew of the Netflix production also visit the state of New York to film some scenes here. Filming takes place in the Big Apple, the financial and commercial center of the state. Situated by the Hudson River, New York City is a central location of cinematic storytelling thanks to its iconic skyline featured in classics like ‘Manhattan.’

A few sequences from the first season, especially those involving the helicopters, were filmed possibly near the Arthur Kill Vertical Lift Bridge. It is a vertical lift bridge connecting Staten Island and Elizabethport in New Jersey.

The cast and crew also possibly head to the other side of the Hudson River, filming scenes in New Jersey. Some filming is seemingly carried out in the New Jersey community of Kearny, especially on the premises of the HHI Heliport at 165 Western Road in Kearny. Located one-half mile from exit 15E off of the New Jersey Turnpike, the 7.26-acre wide heliport features one of the best tourist activities in the area. If you are in New York and want to see a breathtaking panoramic view of the familiar city, you may opt for a New York helicopter tour from the heliport.