Where is The Sounds Filmed? 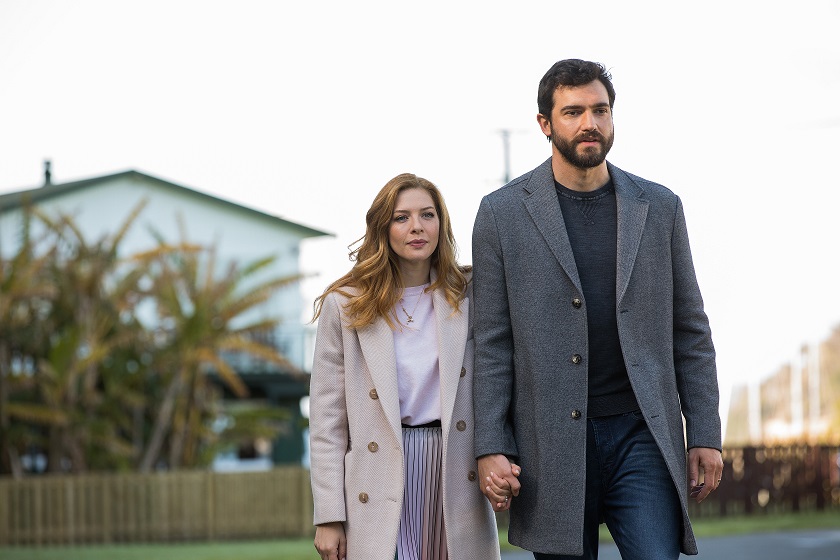 Canadian TV series ‘The Sounds’ follows the story of a young married couple, Maggie and Tom, who move from Canada all the way to New Zealand in order to get some distance from the husband’s oppressive, interfering family. But the new kiwi town they’ve moved to – Pelorus Sounds – hides its many secrets and as the story unfolds, troubling happenings about grieving wives, cheating husbands, embezzlement, and crime come to light. Maggie is left floundering in long-buried secrets after Tom mysteriously disappears.

This thriller of a murder mystery drama stars Rachelle Lefevre, who featured in CBS series ‘Under the Dome’ and ‘White House Down’, and ‘Narcos’ actor Matt Whelan in the lead roles. The 8-part mini-series is created by author and New Zealand native Sarah-Kate Lynch and directed by Peter Stebbings. If you’re curious to know where ‘The Sounds’ has been filmed, we have got you covered.

The great thing about the show is that the makers didn’t try to shoot in their part of the world and pass off Canadian locations as New Zealand. They actually shot the entire series in New Zealand, in the West Auckland region. Here are the specific locations where they filmed.

Cornwallis Beach is a beautiful and secluded beach in West Auckland and this is where the mini-series was majorly shot. The crew of ‘The Sound’ also filmed at a nearby private residence within walking distance of the beach. Some sequences were also shot in Huia. Residents of the beach community were informed of the filming through a leaflet they received in the mail. The leaflet said filming would be held around the beach area and wharf on specific dates between specified times. The locals apparently didn’t mind the filming as long as the crew was respectful of their privacy.

‘The Sounds’ was also partially filmed at Huia Beach Store & Cafe, which was at that time, closed for renovations. Apart from these specific locations, some of the show’s filming was also done in the greater Auckland area and in Northland later in the production. Reportedly, the cast and crew of ‘The Sound’ did not disturb the local community much while shooting and were barely noticeable, wrapping things up quite nicely.