Where is The Staircase’s Denis Poncet Now? 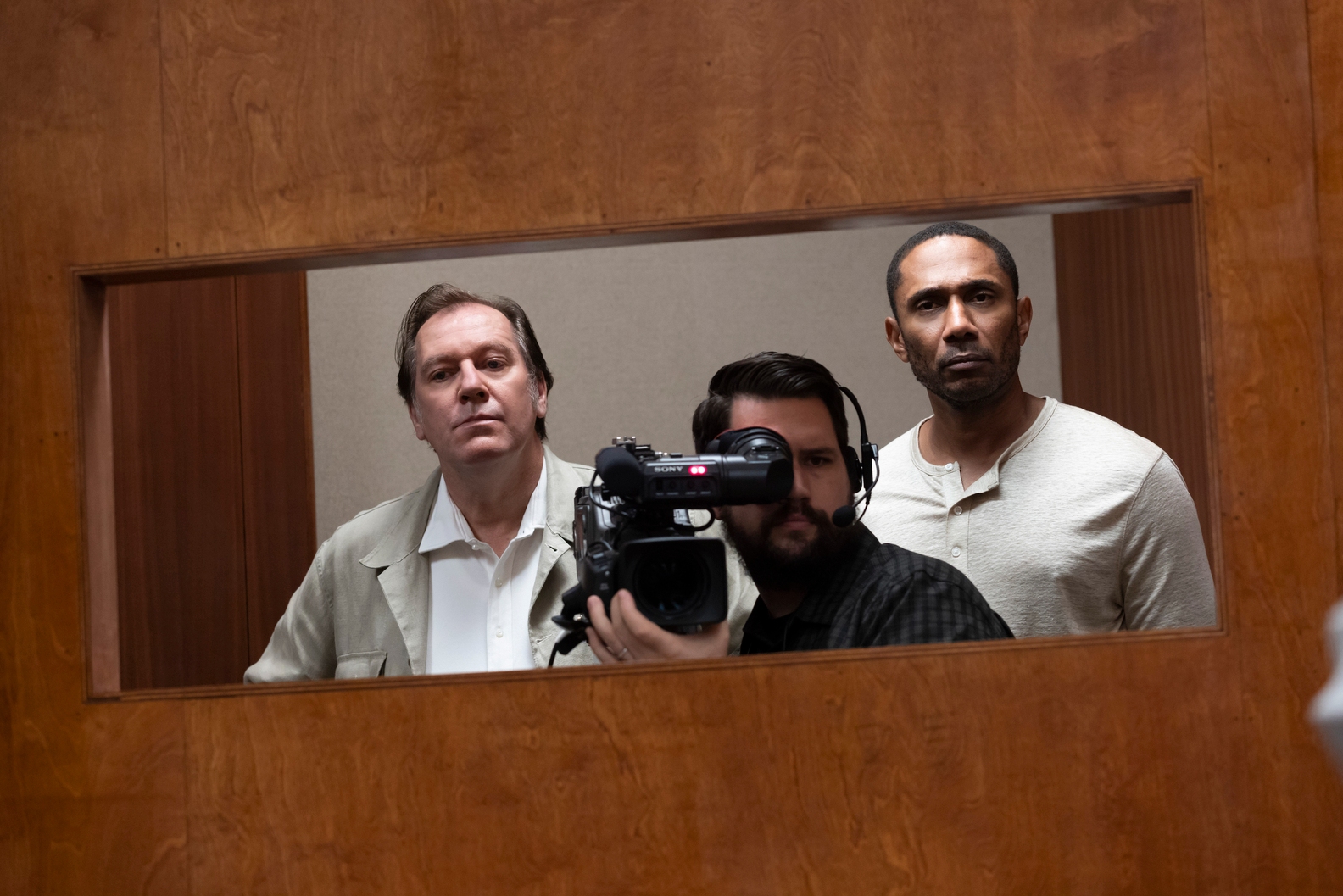 The fifth episode of HBO Max’s crime series ‘The Staircase’ centers around the post-production of Jean-Xavier’s docuseries named ‘The Staircase.’ Sophie Bruent’s revelation that she has been corresponding with Michael ever since he was imprisoned astounds Denis Poncet, the producer of the docuseries. Denis suspects that Sophie is biased towards Michael while editing their creation.

Denis also demands the inclusion of footage of Deborah Radisch, against Sophie’s wish. Since the episode of the miniseries focuses on Denis’ turbulent professional relationship with Sophie, one must be wondering whether he is based on a real producer. Let’s find out!

Is Denis Poncet Based on a Real Producer?

Yes, Denis Poncet is based on a real producer. Denis was born on October 29, 1948, in Toulon, a French port city on the Mediterranean coast. He began his career in a French radio company named RTL as a journalist. After leaving RTL, he joined a television channel named ORTF Télévision and covered the infamous Watergate scandal and Vietnam War. He then worked in Radio France in the 1980s and soon became an integral part of the creation of La Cinq. Denis was eventually appointed as the director of Radio France Internationale. In the early 1990s, Denis began producing documentaries.

From the late ‘90s, Denis started to collaborate extensively with Jean-Xavier de Lestrade, the director of the docuseries ‘The Staircase.’ In 1999, he created MAHA Productions with Jean-Xavier to produce several acclaimed documentaries. In 2002, Denis won an Academy Award for Best Documentary Feature for producing ‘Murder on a Sunday Morning,’ which revolves around the Brenton Butler case. In 2005, he won the prestigious Peabody Award for ‘The Staircase.’ After the success of the docuseries, Jean-Xavier and Denis collaborated again for projects like ‘Welcome Home’ and ‘Sin City Law.’

In Denis’ later years, he was involved in several projects set in the United States, including ‘FBI: Police d’Etat,’ ‘Kings & Queens of New York,’ ‘9-11 Memories,’ and ‘Backroads USA.’ Even though the character Denis Poncet is based on a real individual, his storyline is not limited to reality. In an interview given in May 2022, Jean-Xavier clarified that he hadn’t fought with the producer in the editing room or about the work, as the show depicts. Thus, elements of fiction were seemingly used by the co-showrunners of the show, Antonio Campos and Maggie Cohn, to conceive the character.

Denis Poncet died on December 12, 2014, at the age of 66, due to cancer. According to his wishes, he is buried in Dorotheenstadt cemetery, located in Berlin, Germany. At the time of his death, Denis was working on a documentary about legendary German-French actress Romy Schneider and another one about the exile of Stefan Zweig, a renowned Austrian novelist. He left behind his son Fabien and wife Kornelia Theune.

‘Juger Pétain,’ ‘Backroads Europe: On Roman Routes,’ ‘Backroads USA,’ and ‘Stefan Zweig: Farewell to Europe’ are the projects Denis produced in his later years, released after his demise. As the producer of several acclaimed productions, Denis is a legendary figure in the French documentary industry. His works focus on various subjects and are renowned globally.

Read More: Where is The Staircase’s Duane Deaver Now?