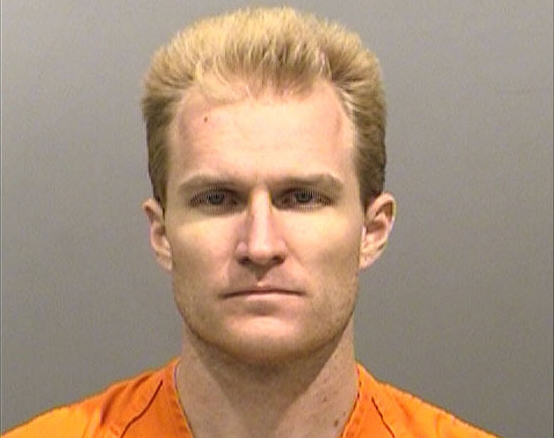 NBC’s ‘Dateline’ takes us into various heinous crimes as we learn from the people closest to the case. In the murder of Kenia Monge, the authorities were stumped until a lucky break led them to the killer. Kenia went missing in Denver in April 2011, and her parents took the matter to the police. A stranger named Travis Forbes seemed to have contact with her on the night she disappeared. However, when Travis was pulled in for questioning, his story suggested that Kenia had gone with a man named Dan, while he’d gone to his girlfriend.

After Forbes disappeared, the cops looked at him more closely and found evidence of him wheeling a cooler on the night of Kenia’s disappearance. The girlfriend’s alibi did not hold, and his van had been cleaned suspiciously as well. Travis gave it up during the interrogation and admitted he’d raped and choked Kenia. He also led the authorities to her body in September 2011, five months after her disappearance. So, where is Travis Forbes now?

Where is Travis Forbes Now?

Travis was charged with murder on September 8, 2011, a day after the body was recovered. At the time, he was in Larimer County jail on a different charge. Part of the deal Forbes reached with law enforcement agencies, for leading them to Kenia’s body includes that he is not to be labeled a sex offender. Moreover, he managed to get the death penalty knocked off his sentencing.

He was sentenced to life in prison for the murder of Kenia. In July 2011, Forbes had attacked another woman named Lydia Tillman in Fort Collins who barely escaped with her life. He received an additional sentence of 48 years for her attempted murder. Ford’s sentence does not include the possibility of parole, so he will never be a free man who sees the outside of the prison walls.

Currently, he is being held at the Colorado State Penitentiary, which houses the most disruptive, violent, and dangerous offenders of the state. You can check out Travis Forbes’ prison record here. According to reports, Forbes expressed anger and disgust, but no guilt, while in prison, saying that he could not look at himself in the mirror and had to cover it up. Forbes’ speedy sentencing saved Kenia’s family from a long drawn trial, and her stepfather spoke about it, saying, “I’m wore out, having to deal with this every second of every day. He’s been more or less holding us hostage since April 1.”

Tony, Kenia’s stepfather, clearly blames Forbes for putting their family through a torturous time for months, while they waited for news about Kenia. He also urged the man to help other families find closure, hinting that he believes Forbes might be involved in other deaths. As for Forbes, he expressed an emotional regret during the trial, admitting that his actions were horrible and cowardly, but he should be remembered as he was, and not the monster he has become. Thankfully, he has to face the consequences of his heinous crimes.