Where is Trigger Point Filmed? 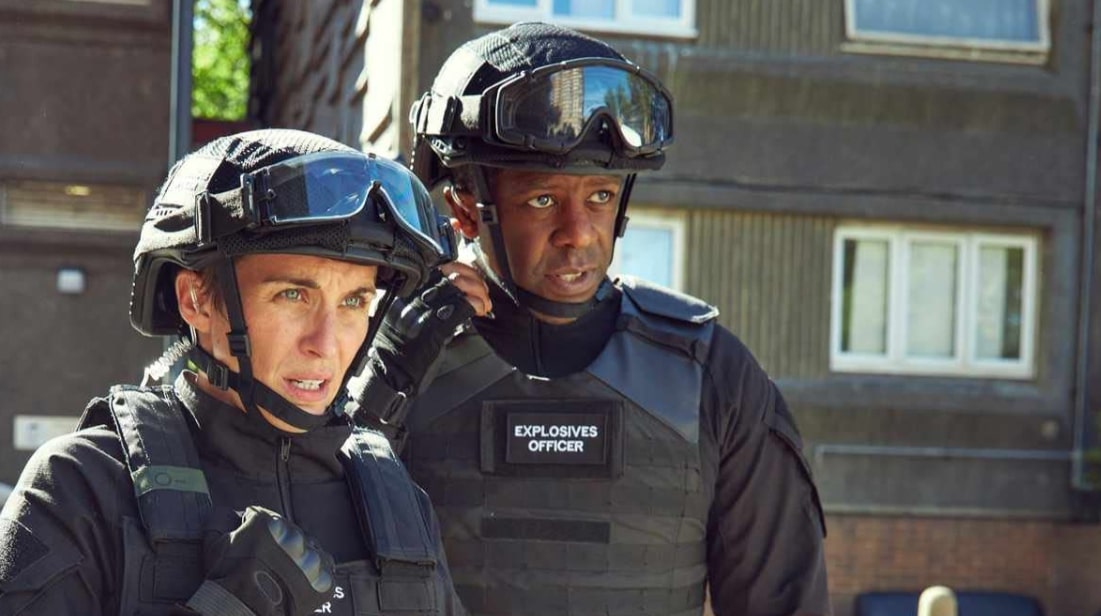 Created by Daniel Brierley, the crime television series ‘Trigger Point’ flawlessly portrays counter-terrorism policing. Loosely inspired by actual events, it follows two skilled bomb disposal experts, Lana Washington and Joel Nutkins, as they work for the London Metropolitan Police’s bomb squad. After serving together in Afghanistan, the two have formed a deep, profound connection. When a terrorist operation uses multiple bombing devices against London, the duo compete against time to find the ones responsible for these acts of violence.

The thrilling narrative and compelling performances of the cast keep the viewers on the edge of their seats. The show’s top-notch, war-like setting is another aspect that gets everyone intrigued. Like the majority of the audience, you might be wondering where the visually spectacular series was filmed. Here’s everything we know.

The majority of ‘Trigger Point’ is filmed in London. The series also uses Essex and Kent as its setting for a minor chunk of its story. The filming of the inaugural season of the show seemingly commenced in May 2021 and wrapped up sometime in September the same year. It only seems logical that the majority of the filming sites can be found around London’s streets, given that the series is set in the English capital. The city of London has a rich cultural heritage that inspires directors to use it as the production site for their films.

London has appeared prominently in a number of big-budget films, including ‘Assassin’s Creed,’ ‘Sherlock Holmes,’ and ‘Spider-Man: Far From Home.’ Its spectacular skyline, evocative streets, and royal palaces are the reasons numerous movies are filmed in London. Along with that, the city’s fascinating and dynamic landscape fascinates many filmmakers. London also has the luxury of providing a variety of historic structures that further adds to its charm. The show’s settings have been carefully chosen to complement its theme. Let’s look at the specific locations where the show is filmed!

London serves as the primary filming location for the series. For the purpose of shooting, the production team uses many picturesque landmarks like Waterloo Bridge, Canary Wharf, the River Thames, as well as streets located in and around the city. The scene involving a bombing threat on a bus was actually shot at New Fetter Lane near Holborn. Several residential areas play a significant role in the production as well, with sequences shot on locations including Cambridge Road. The Westhaven housing estate in the pilot episode is actually the South Kilburn Estate.

The Victoria Bar in Deptford served as the backdrop for yet another breath-taking bomb disposal scene. One of the scenes featuring Lana was shot at the Forester pub at Leighton Road in Northfields, Ealing. The outside of Billy’s apartment, where Lana attempted to locate him, is located at 239 Caledonian Road in Islington, near the intersection with Richmond Avenue. Meanwhile, the scene featuring the Halal butcher’s store whose window Billy broke was filmed on Hoxton Street.

Extremely loud explosion in South Kilburn, filming for the spin off from Line of Duty. Trigger Point to be aired on ITV in Autumn 2021. @bktimes @KilburnHerald @LifeInKilburn pic.twitter.com/caQ08KEYDC

Talking about the filming process, Adrian Lester, who plays Joel Nutkins told ITV, “…it’s rare to get the chance to shoot in London now. All of episode one was shot on an estate in North London. Lots of the residents who live there were paid by the company to help and take part in the scenes. It’s a huge amount of disruption for them but they were very good about it.” Producer Julia Stannard echoed the sentiment, saying, “We really wanted to shoot in London itself though, because it’s a London story about a terrorist attack on the capital.”

The producer added, “It was really difficult, probably the hardest thing about the whole production to be honest.” Other places in London where the series was shot include the Central Mosque of Brent, Link Tunnel, the Vauxhall neighborhood, the Spurstowe Arms on Greenwood Road, Bonhill Street in Islington, Priory Avenue, Epworth Street, and Bethnal Green Road. A sequence in season 1 was also shot at St Mary’s Walk, St Mary’s Gardens and Bishop’s Terrace. 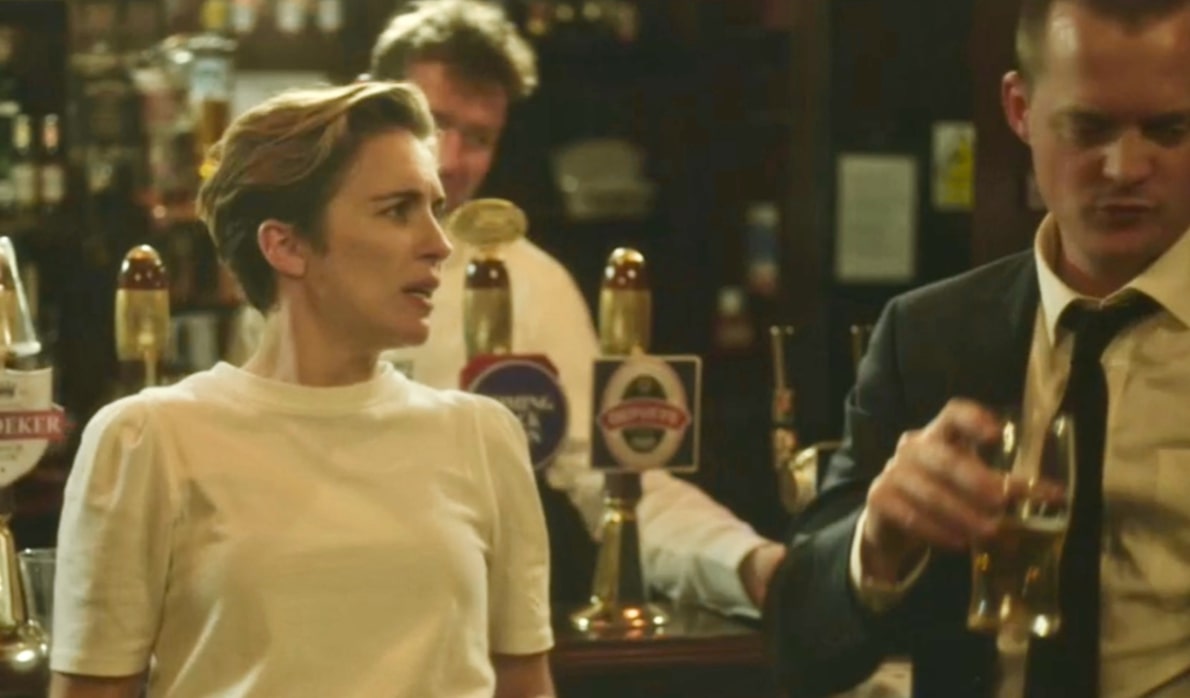 A small portion of the series is filmed in Essex. St. Paul’s Church in Harlow is the venue where Joel Nutkins’ funeral is conducted. The church is located next to Harlow Playhouse, and its unique green spire makes it easy to recognize.

Once considered the party capital of the South East, Essex has served as the home to many gifted artists and bands like Depeche Mode, Alison Moyet, and The Prodigy. With a length of 350 miles, Essex has the longest coastline of any county in the entire UK, which makes it an intriguing setting for a show like ‘Trigger Point.’

The production team also conducts a part of the filming in the county of Kent in South East England. When the anonymous terrorist blow up a car and the police perform a forensic investigation, a part of the Dartford Marshes that are held by the Dartford Clay Shooting Club can be spotted. In the sixth episode of season 1, the neighboring Joyce Green Lane served as a shooting site for the scene where the police travel to MOD Steepholme. 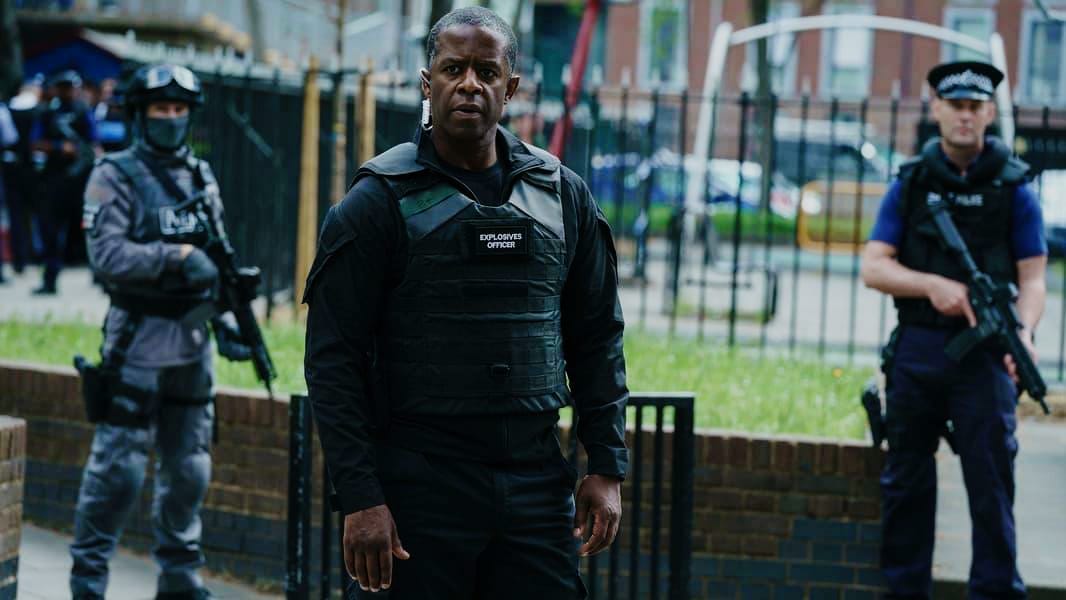 The Dartford Crossing and Bluewater Shopping Center are two of Dartford’s most well-known landmarks. It is a heritage-listed market town that is situated on the edge of Kent. It is a well-liked filming location because of its blend of industrialized and ancient scenery. ‘The Corrupted’ and the Sky crime drama ‘Gangs of London’ are other projects that have used the marshes for filming.

Read more: Is Trigger Point Based on a True Story?