Where Is Two Weeks to Live Filmed? 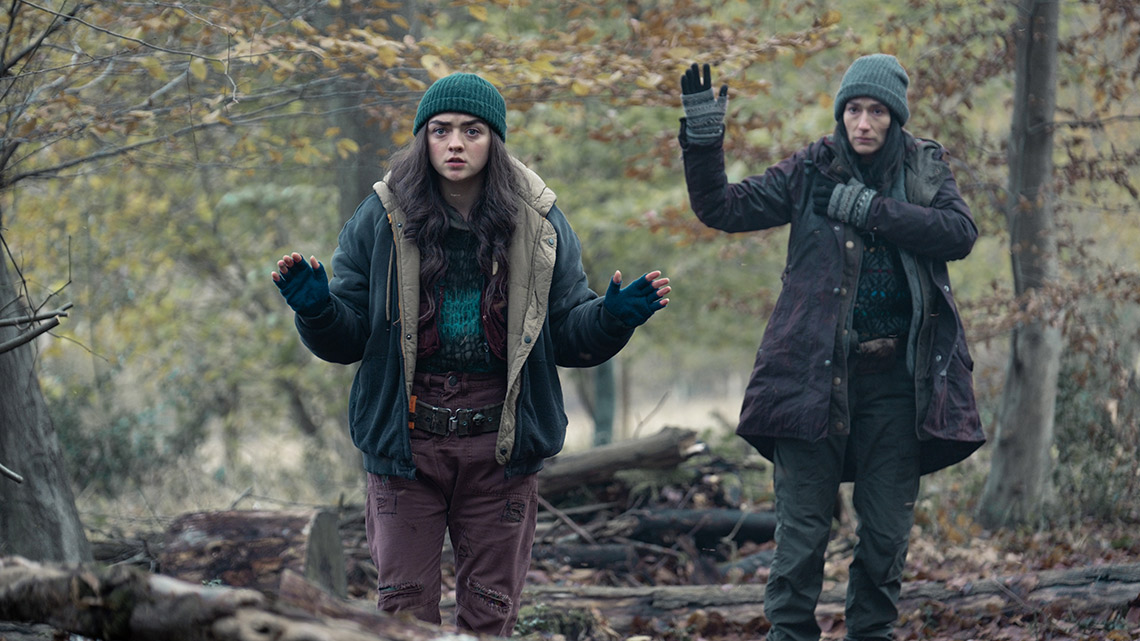 ‘Two Weeks to Live’ is a dark comedy-drama set in rural Scotland where Kim Noakes (Maisie Williams) stays with her overprotective mother, Tina (Sian Clifford). They live off the grid and remain prepared for an apocalypse. The mini-series follows Kim, who is led to believe that the world is coming to an end in two weeks. She makes it her life’s mission to go after the person who killed her father when she was young.

Directed by Al Campbell, this mini-series has been received well by the audiences for its action sequences and comic timing. For ‘Game of Thrones’ fans, Maisie Williams is almost like a delightful comic version of Arya Stark in this alternate world (with her combat skills intact, of course). What we find intriguing is the modern-day setting, which Maisie is a part of in this series. In case you’re wondering about the filming locations, we have got you covered on that front!

As Kim steps out into the “real world” and out of the isolated cocoon of a life with her mother, there is so much that she needs to get used to as she goes after her father’s killer with the most unlikely companions. Here are the specific locations that form the setting of her adventures.

Filming for ‘Two Weeks to Live’ mostly took place in different parts of Kent, including Herne Bay, Margate, and Westgate. At Herne Bay, which is a seaside town in Kent, scenes were filmed at the Hampton Pier and a house on Grand Drive. The original pier is now a piece of land that is visible only at low tide since the area is highly prone to erosion by the crashing of the sea waves. Recently, quite a few productions have been filmed in the area, such as ‘Kate & Koji’ and ‘Blue Planet UK’ (Series 1).’

Dreamland in Margate features as the amusement park in the series. A few scenes have also been filmed at the Lighthouse Bar on the Harbour Arm. The Harbour Arm has a 200-year-old history, connected to both the World Wars. The pier reopened in 2015 after renovation and is considered one of the trendy destinations with live music performances and restaurants. Scenes were also filmed at one of the properties of Fort Mansions, in the high-end neighborhood of Fort Crescent. Other parts of Kent that feature in the series include Westbrook, the seaside resort, and St. Mildred’s Bay beach in Westgate.