Where is Tyler Butler Figueroa From AGT Now?

NBC’s ‘America’s Got Talent’ has been a platform for discovering the most uniquely talented individuals from all over the country. It has provided countless people with numerous opportunities to showcase their talents and make a name for themselves in the world over the years. Whether it’s singing, dancing, magic, stunts, spoken word poetry, or playing an instrument, ‘AGT’ provides a space for everyone. A young boy who was able to seize this opportunity and take a stand for himself was Tyler Butler Figueroa from season 14.

Tyler Butler Figueroa auditioned for ‘AGT’ season 14 as an 11-year-old violinist. However, his age should not be confused with the enormous amount of talent possessed by the young boy, which astounded all of the judges present there. He is not only talented, but he has also matured into a self-assured kid who fosters and performs his violin skills on a daily basis. If you’re curious about Tyler’s journey and his current whereabouts, we’ve got you covered!

Tyler Butler Figueroa became one of the few contestants who were able to receive a golden buzzer from the show’s creator Simon Cowell. He was born on September 25, 2007, in Raleigh, North Carolina, and began learning the violin at the age of 7. However, he had a heartbreaking reason for starting to learn to play the violin. Tyler was diagnosed with leukemia at the age of four and a half, which is why he had to undergo chemotherapy. While Tyler was dealing with hair loss, what was worse was that he was bullied at school for the same reason.

But Tyler has a strong mind and took up the chance to turn his life around by learning something new, like the violin. His mother, Kisua, mentioned during his audition, “One day, Tyler saw a flyer at his school and it said, ‘After school program – free violin lessons.’ He said, ‘Mom, I want to do it.’ But no one in our family plays an instrument… and the violin?! Once he started that class, it was like a sunshine. He was just full of energy and happy. I was like, ‘I’ve got my son back.’”

Tyler had to summon a lot of courage to take a chance with ‘AGT’ and express himself through music. Before his ‘AGT’ audition, Tyler said, “I just didn’t want to be the kid with cancer. So now, I’m the kid who plays the violin”. He even performed on the streets for a year to save money for his expenses to go to Charlotte, North Carolina, and audition for ‘AGT.’ In his audition performance in 2019, Tyler played a cover version of Kelly Clarkson’s “Stronger,” which earned him Simon Cowell’s coveted Golden Buzzer. 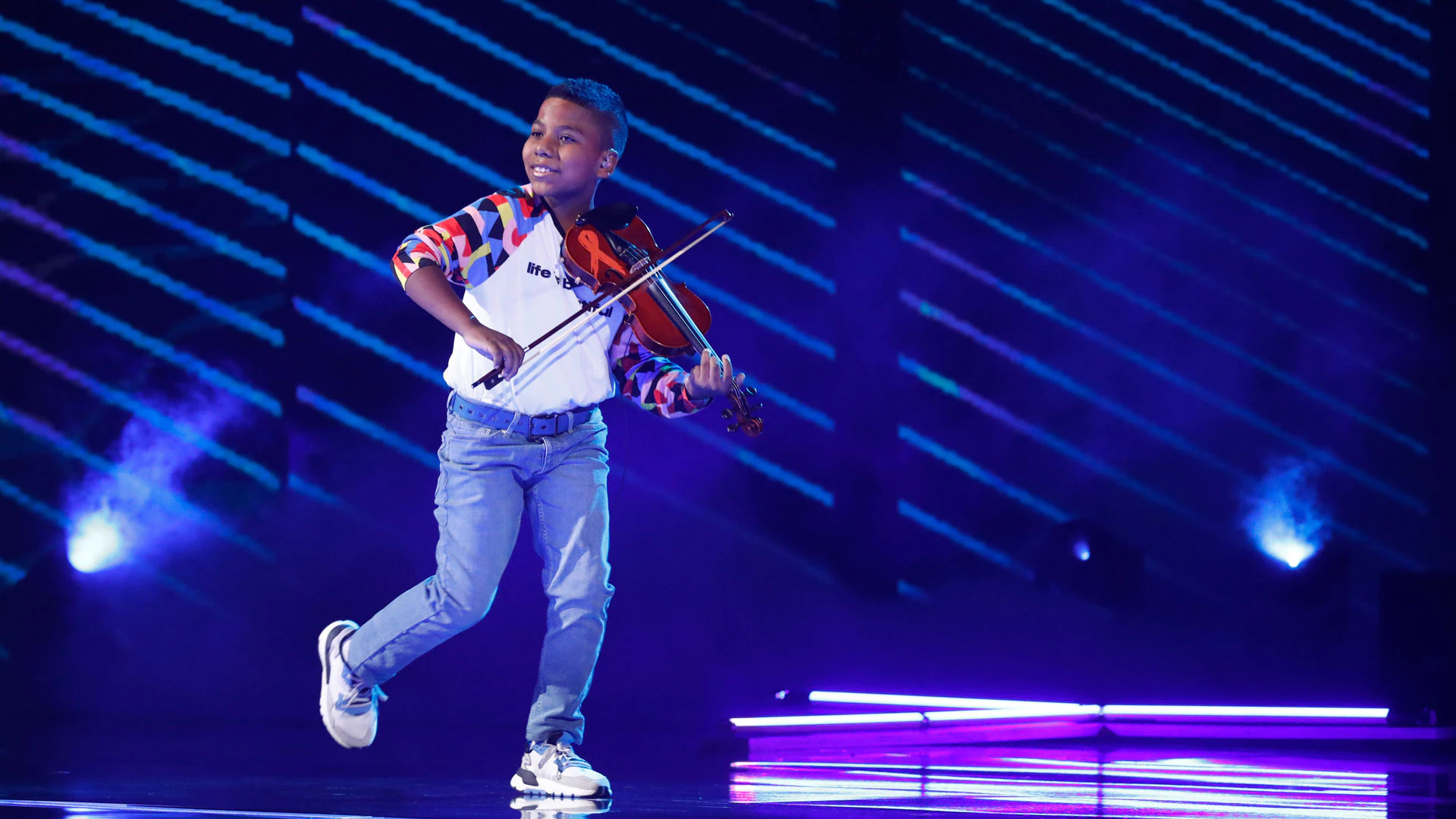 “You are an extraordinary young man. We hear too many stories about people being bullied, but I can tell you one thing: most people are bullied because they’re better than the people who bully them,” Cowell explained to him. Tyler, who had been in remission for four years at the time, received a standing ovation after his first audition from the audience and four judges. Following this, he advanced to the quarter-finals and finished his run on the show as one of the Top 10 finalists.

Where is Tyler Butler Figueroa Now?

Tyler Butler Figueroa did not win ‘AGT’ season 14 in 2019, but he did forge a path for himself and continues his journey as a violinist. He is a pupil at Walnut Creek Elementary School in North Carolina, United States. A year later, he took a chance with ‘America’s Got Talent: The Champions’ season 2, where he took the third spot in the finale episode.

According to TMZ, Tyler’s semi-finalist contract stated that if he won ‘AGT,’ he would receive a $100,000 advance on his first album, with the potential of an additional $100,000 in sales bonus payments. The report also mentioned that he’d get royalties from the music. As per the report, if Tyler didn’t emerge as the winner, he’d reportedly receive a $25k advance. It’s a win-win situation in either case, as Tyler could reportedly still earn up to $100,000 in bonuses if people bought his album. It was also stated that Tyler would allegedly receive up to $275k advance if he got to make a fifth album.

Now that it is known that Tyler did not win, there hasn’t been any news about the updates of the contract. Apart from school, he also performs as a violinist in various events and shows and aims to reach newer heights with this talent. He also has a younger brother named Adam Butler Figueroa, with whom he shares a very good bond. Tyler has been vocal about his battle with cancer and bullying and also tries to spread awareness through his social media platforms.

Read More: Where is Sal Valentinetti From AGT Now?