Where is Unsellable Houses Filmed? 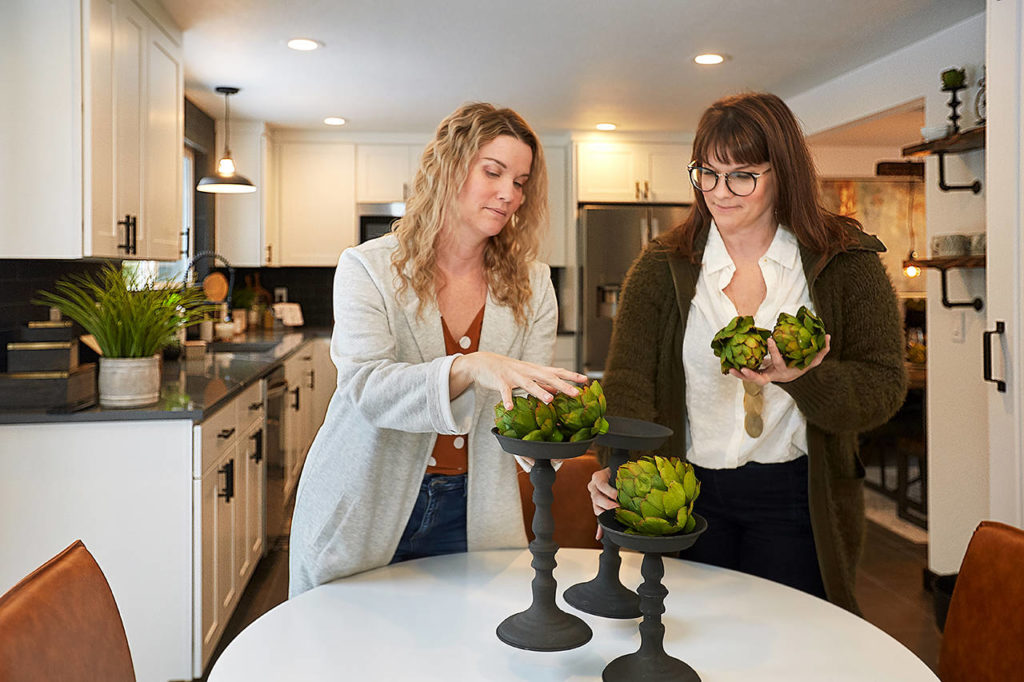 ‘Unsellable Houses’ follows two real estate consultants, Leslie Davis and Lyndsay Lamb, who use their experience and skills to renovate unmarketable houses to help desperate homeowners finally make a sale. The twin sisters go around different places in the Pacific Northwest to give viewers their perspective on renovation and help them learn the ins and outs of a complete home makeover. The viewers may be enthralled by some of the beautiful locations in the series and want to know more about them. If you are also curious about the same, then we have got you covered.

‘Unsellable Houses’ is filmed in the state of Washington, located in the pacific northwest. The state has numerous alluring natural locations like Mount Rainier, The Hoh Rainforest, Mount Saint Helens, North Cascades National Park, and Palouse Falls that attract a large number of tourists to the state. When it comes to its entertainment industry, the city is a prominent filming destination. 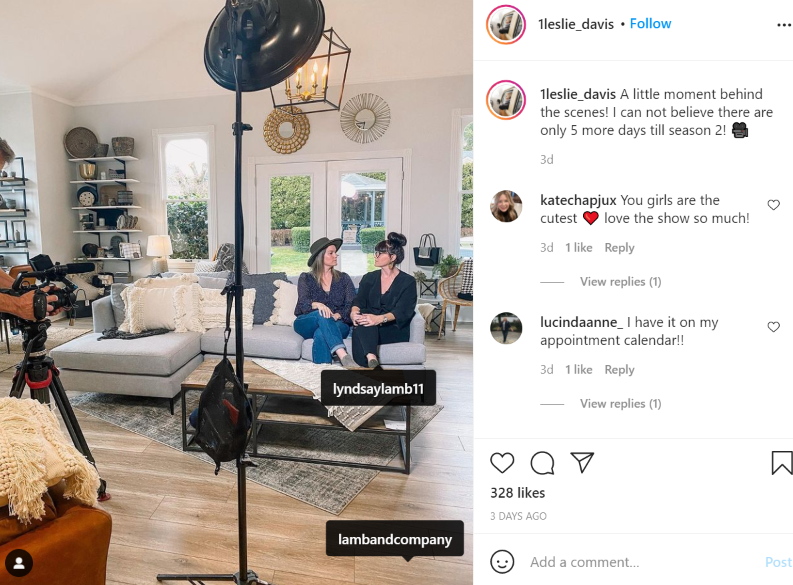 Movies that were filmed in the state include ‘The Ring,’ ‘Harry and the Hendersons,’ ‘No Retreat, No Surrender,’ ‘Die Hard 2,’ and many others. Filming for the show is only limited to two cities in the state, so let’s have a look at them.

The principal photography for ‘Unsellable Houses’ is done in Snohomish, Washington. Located in the Snohomish County, the city was founded back in the nineteenth century. Every summer since 1913, the city hosts Kla Ha Ya Days, an annual festival that attracts huge crowds to the small town. The hosts were seen filming for ‘Unsellable Houses’ with protective masks and face shields, so it seems that the production was done in accordance with the COVID-safety norms. 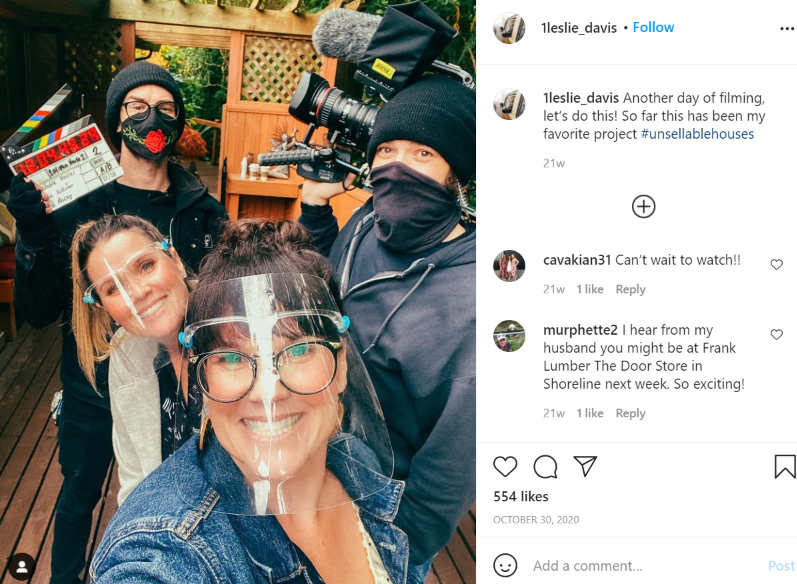 Despite being a small city, Snohomish has been used as a filming location for numerous movies and television shows in the past. The long-list includes ‘Captain Fantastic,’ ‘Bustin’ Loose,’ ‘Twin Peaks: Fire Walk with Me,’ and ‘The Fugitive.’ 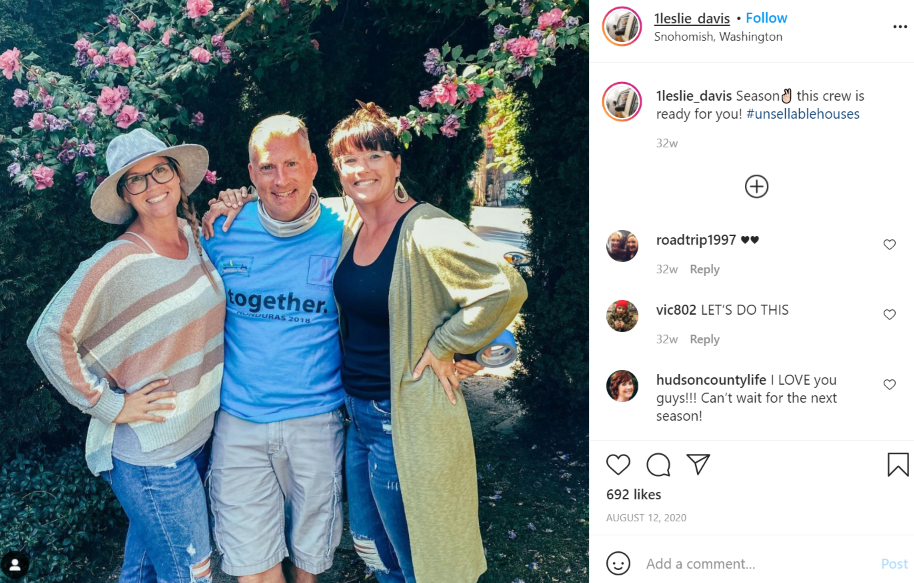 Bellingham, Washington, is also one of the filming locations for the show. Located in Whatcom County, the city is a popular tourist location, thanks to the easy access to North Cascades and the San Juan Islands. Bellingham’s theatre culture goes back to the first half of the twentieth century. Bellingham Theatre Guild, Historic Mount Baker Theatre, and Upfront Theatre are some of its famous theatres. The filming for ‘Unsellable Houses’ season 2 wrapped up in the first week of March 2021, and Green House Homes shared the update with its followers on Instagram. 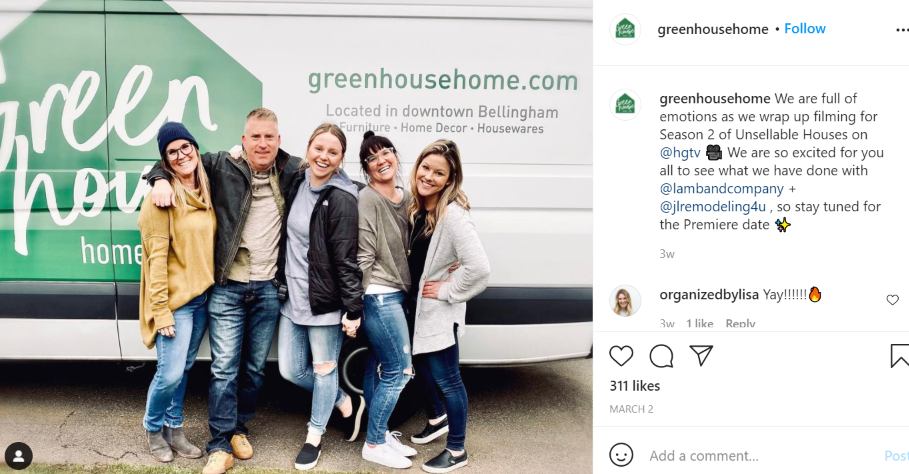