Where is Vanessa Guillen’s Family Now? 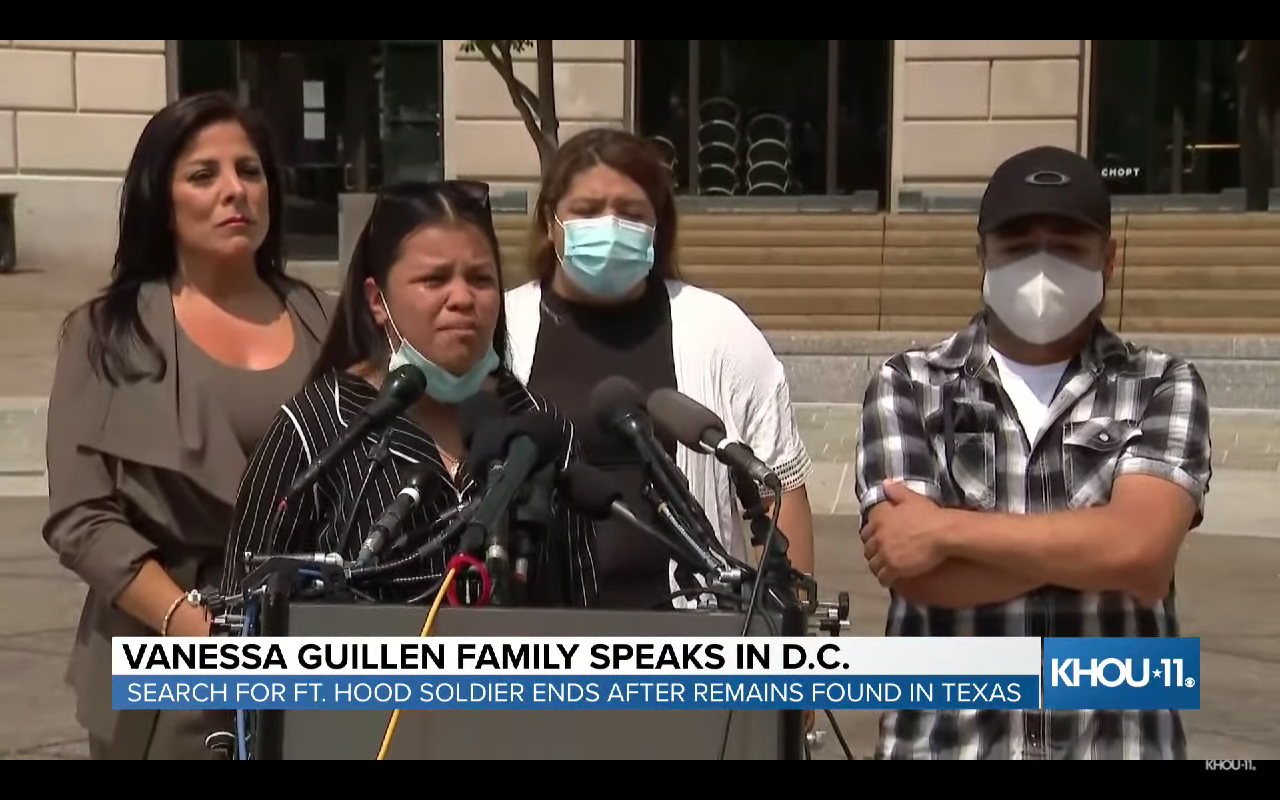 Last seen during the afternoon at the parking lot of the 3rd Cavalry Regiment Engineer Squadron Headquarter in Fort Hood, prosecutors are now trying to find justice for Vanessa Guillen. The 20-year old soldier stationed in Killeen, Texas, was bludgeoned to death in a horrific killing carried out by her coworker, and her body was found a few days later, dismembered and burnt. ABC’s ’20/20: Case of Vanessa Guillen’ follows this case. Today, we take a look at exactly how her family is dealing with the grief of losing their loved one.

Vanessa was born in 1999 to Rogelio and Gloria Guillen, and she also has five siblings. In fact, her mother even stated that as a child, Vanessa used to play with her brother’s toys. Despite Gloria’s objections, her daughter still signed up to enlist in the Army. The family was also present at the hearing for the second suspect, Cecily Aguilar. Moreover, they continue to fight for justice for their beloved Vanessa.

Where Are Vanessa Guillen’s Parents Now?

The clandestine approach that the Army had taken to many of the family’s questions was definitely not appreciated by Gloria Guillen. In fact, the family attorney, Natalie Khawam, stated that by publicizing the many enigmas of the crime, the Army investigators may just become more transparent with the family. Gloria said, “I know that this is not going to bring back my daughter. But justice will be done in the name of Jesus and holy Mary. Justice will be done.” 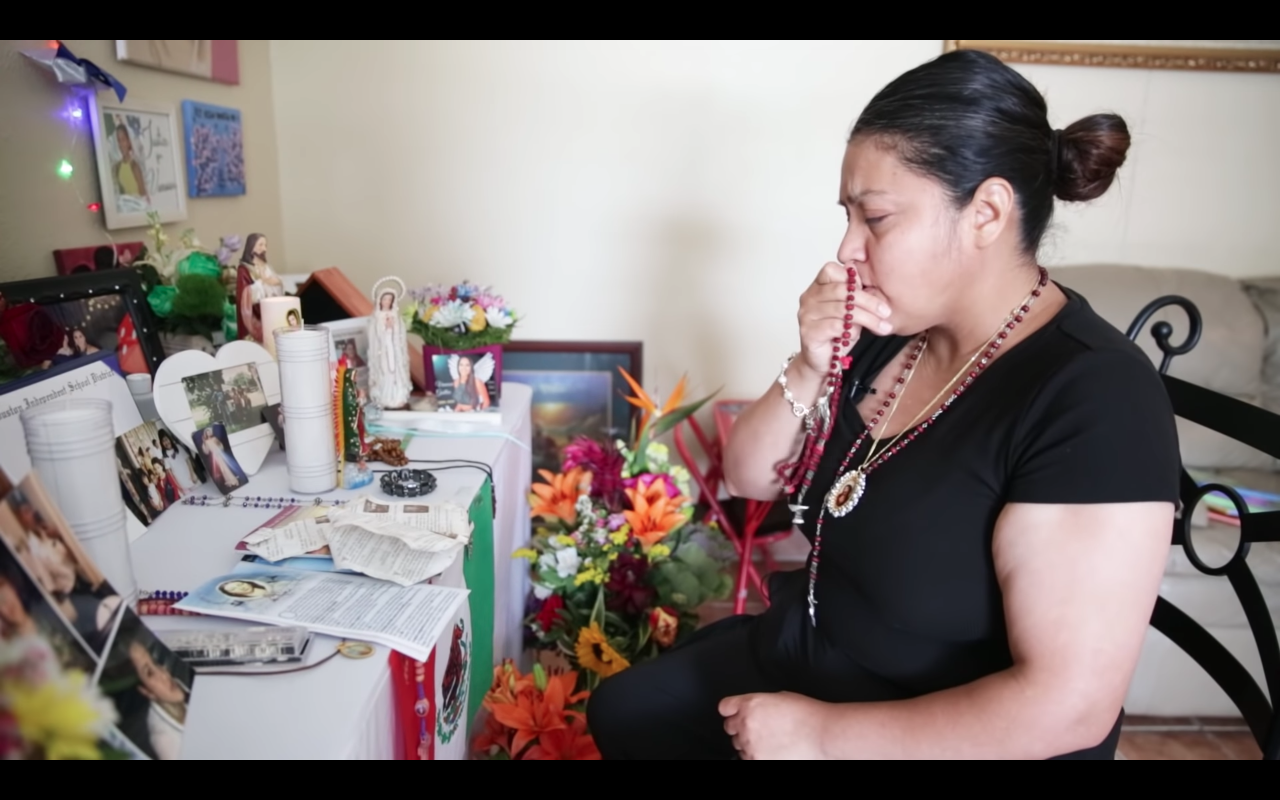 The family was aware of the sexual harassment that Vanessa faced at Fort Hood. Damon Phelps, the lead investigator for the military, claimed that the alleged killer, Aaron David Robinson, was just a coworker who was not in the chain of command. He further refuted the harassment claims that the family had levied against Robinson, stating that there was no conclusive proof of this.

Gloria even spoke to President Trump, in the Oval Office in July 2020. The Commander-in-Chief responded by saying, “You have our support, and we’re working on it already, as you know, and we won’t stop, and hopefully something very positive will come out in honor of your sister.” Gloria also wants Congress to investigate the way that Fort Hood has handled the case. Natalie Khawam has also drafted the #IAmVanessaGuillen bill, which would allow third-party investigations to look into any sexual assault claims made by military personnel.

Where Are Vanessa Guillen’s Siblings Now?

It is very evident that the Guillen siblings were very close, and after finding out about the tragic death of their sister, the family has come together to get justice for their sister. Lupe Guillen said this about the sexual misconduct her sister faced— “She was afraid to report it. She reported it to her friends. She reported it to her family. She even reported to other soldiers on base, but she didn’t want to do a formal report because she was afraid of retaliation and being blackballed, and she, like most victims, just tried to deal with it herself.” 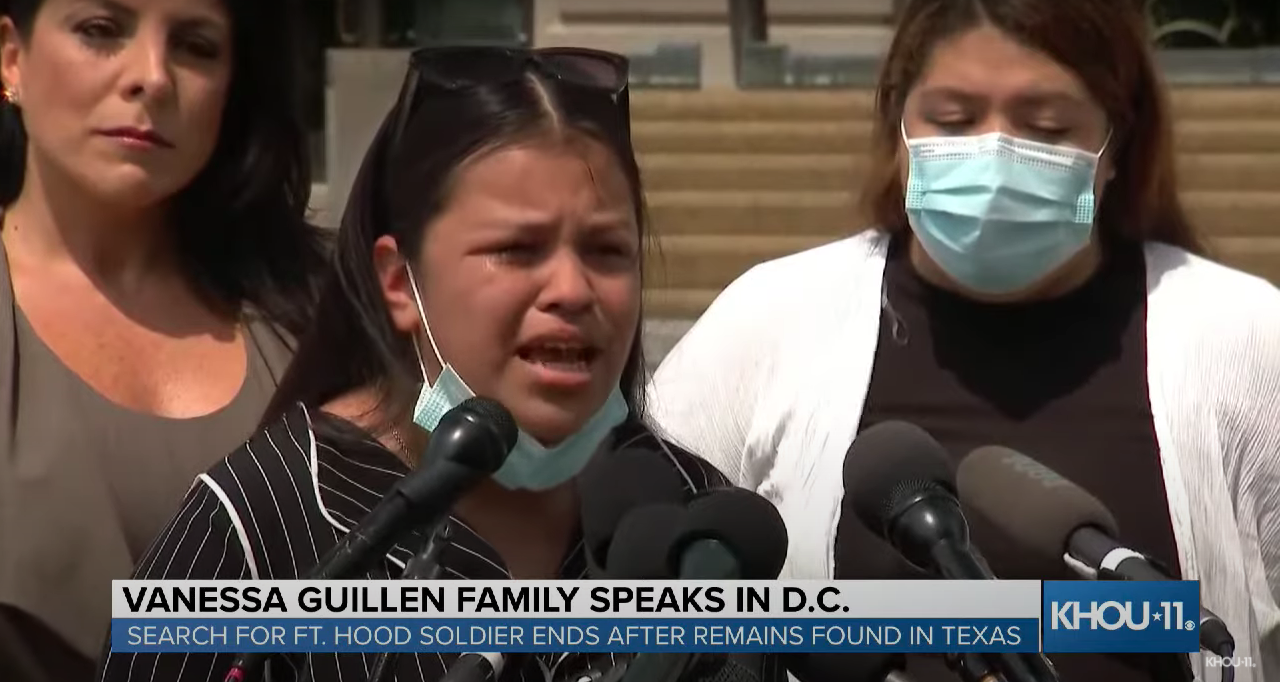 Lupe, along with sister Mayra, knew that sexual assault cases are not reported often in the military. In fact, Lupe also started the Find Vanessa Instagram account, where many shared their harrowing experiences on the topic. As of today, the page has 186k followers. Mayra also stated that she had met Robinson and claimed that he simply laughed at her when she started talking about Vanessa.

Along with this, they also urged people to not enlist in the forces until Vanessa got justice. Lupe said, “Knowing that this could happen to anyone, knowing that there’s more victims out there, would you let your child, your son or daughter, sign a contract with the Army knowing that their life is at risk? My sister deserves to be protected. Your child deserves to be protected. Don’t let them recruit you until we get justice — until Vanessa gets justice.”

As for the congressional bill, Mayra is still hopeful. She said, “It’s too late now in a way for Vanessa, but we could still honor her. This is something that she would have wanted.” She also said that if she has a daughter someday, she would want to name her Vanessa.