Where is Vicky Hall Now?

The sudden death of Vicky Hall’s daughter and granddaughter in January 2008 left her devastated. Despite the authorities initially ruling her daughter’s death a suicide, Vicky stuck to her beliefs and looked into the case with the help of a private detective. Soon, CBS News’ ‘48 Hours’ learned about her fight and helped publicize the case. The episode ‘Fatal Crossing’ focuses on the death of Vicky’s daughter — Kadie Major — and granddaughter — River Lynn — and has her talking about what she believed happened to them. So, if you’re curious to find out more about Vicky Hall, here’s what we know.

Who is Vicky Hall?

Vicky Hall clearly remembered the night before her daughter Kadie Major died. She had gotten a call from her daughter checking if they could have dinner together. That was reportedly around 6:43 pm on January 16, 2008. Vicky also learned that she would soon be the grandmother to a son because Kadie was pregnant with Aadon. She said, “Everything was just real normal. There was no alarm. But when I did hang up, I had this little gut feeling. Like, for some reason, I felt like I was cutting her off too early.”

Sometime later, during the early morning hours of January 17, Vicky was woken up by Kadie’s husband, Aaron. According to her, Aaron talked about his wife acting paranoid before suddenly leaving home with their 10-month-old daughter, River. Then, Vicky stated that Aaron started rambling about conspiracy theories, something she thought was bizarre. A few hours later in the morning, it was Aaron who called Vicky about a radio report regarding bodies being found at the nearby railway tracks.

At the railway tracks, Vicky found Kadie’s car, and her worst fears came true when her daughter and grandaughter’s bodies were found not too far from each other. The authorities talked to Aaron, who claimed his wife had postpartum depression, perhaps explaining her behavior. Other evidence seemed to point to Kadie struggling with her mental health, and the death was ruled a suicide. However, Vicky had great trouble accepting how her daughter’s life ended.

Vicky’s brother, Chad Dillinger, said, “She’d call me in the middle of the night. … She’d just scream for hours … like the worst death scream that you can — you can’t even imagine.” Vicky was determined to get to the bottom of what happened to her daughter. After gathering extensive information regarding the case, she hired a private investigator, Jessica Sanders. Soon, they suspected Aaron of having something to do with the deaths. The couple’s shared computer search history showed that he looked up “WSC talk radio” and “two dead in Berkeley County” long after he had already told Vicky about the radio report on January 17.

Later, it was confirmed that no such statement was aired. The history also showed there were searches regarding similar conspiracy theories Vicky said Aaron had talked about on the night he came home. Kadie’s mother further stated that the Major house was in disarray, with certain things in River’s room knocked off. However, the house was never processed as a crime scene. As for the bizarre note found on Kadie’s person, Vicky believed that her daughter saw Aaron’s internet searches and had written them down.

Where is Vicky Hall Now?

Vicky Hall strongly believes that Kadie, River, and the unborn son were killed by Aaron. Her relentless pursuit for answers led to the investigation being reopened and Aaron being named as a suspect. Vicky said, “I was told ten years ago no stone would go unturned, that didn’t happen, now I know there’s no stone unturned, if I never have closure, at least I know they are looking at everything. The last ten years have been very difficult for everyone in my family.” 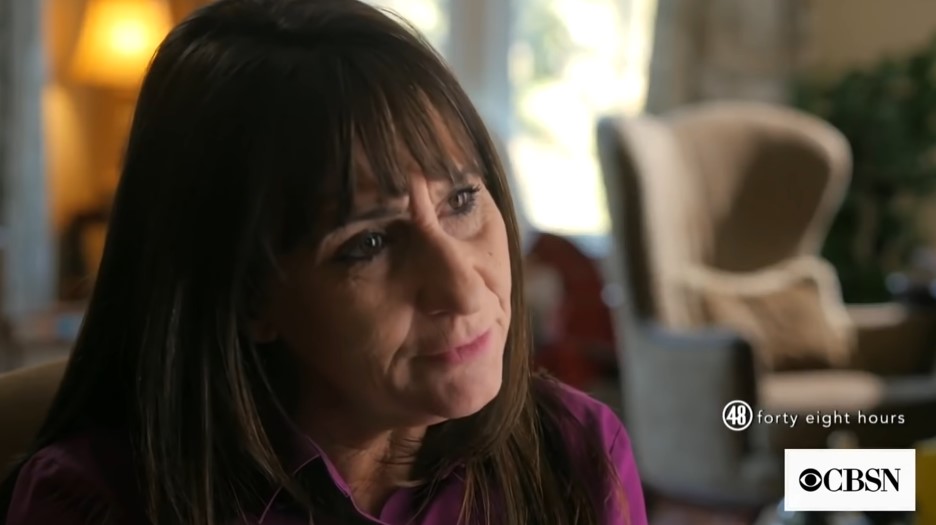 In January 2021, Vicky wanted the coroner to change Kadie’s cause of death since it was being investigated again. She said, “You can’t have a suicide and a suspect. We feel it’s fair to Kadie, my daughter, to change this ruling. It’s a huge injustice to her to have it ruled a suicide.” Today, Vicky still seems to live in Moncks Corner with her family and runs her horse farm over there. She had talked about struggling with her drinking after Kadie’s death. However, due to the love and care of her close ones, Vicky has admittedly stopped it and has been doing much better now.