Where Is Wicked Tuna Filmed? 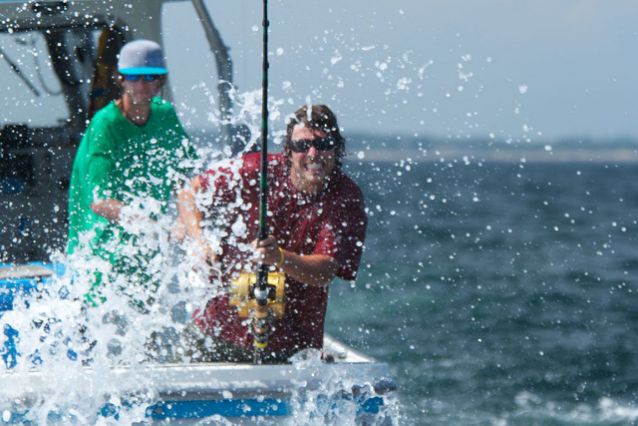 Competition reality shows are extremely popular and have been for a long time. However, another kind of reality shows that has found some prominence is a subset of adventure reality series. These ones generally focus on a particular, uncommon (usually risk-filled) profession and follow a few people who belong to this profession. By documenting their routine, these shows highlight the peculiarities of the profession. ‘Wicked Tuna‘ is a show that engagingly combines the sub-genre with the competition format.

‘Wicked Tuna’ revolves around commercial bluefin tuna fishing. One of the oldest industries in the United States, the show depicts an inside look at the profession while also shedding light on environmental concerns related to sustainability. Its topic can be considered to be similar to Discovery’s ‘All On the Line.’ However, the National Geographic show adds another layer of entertainment to it. The show revolves around multiple teams of fishermen going head-to-head against each other in order for gaining the most profit out of their respective catch. The series was first aired in April 2012. Viewers have come to enjoy the intense battles between the teams of fishermen thanks to the fiery attitude of the captains.

‘Wicked Tuna’ is a reality show that takes an insider look at one of the oldest industries of the United States. Apart from showing entertaining competitions, the show also depicts how the bluefin tuna fishing industry works from the act of catching the fish to selling it. The show is entirely filmed in a single location: a hub for bluefin tuna fishing. The location serves to be integral to the reality show because of that. Hence, it is natural for viewers to wonder where ‘Wicked Tuna’ is filmed.

‘Wicked Tuna’ is entirely filmed at Gloucester in Massachusetts. This is the same location where ‘Wicked Tuna’ is filmed, for obvious reasons. The city is located in the North Shore region of the state. The city became an integral fishing port quite early. It is no secret that the sea is dear to the city. That is the reason there is a historic memorial called “Man at the Wheel” in the city. A lot of the scenes in ‘Wicked Tuna’ are filmed on Gloucester Harbor.

A little lunch at Mile Marker One on Gloucester Harbor. Stunning view. Gorgeous Day. Delicious Food.
This is also where “Wicked Tuna” is filmed. 🎣 pic.twitter.com/pAWEGiTDxt

A large part of the filming is carried out in the fishing vessels of the team. There have been various changes to the fishing vessels seen on the show. Some of the vessels that can be seen more recently include Falcon, Hard Merchandise, Pin Wheel, Hot Tuna, Wicked Pissah, Fat Tuna, Kraken, and Wasabi. Have a look at some of these photos from an unofficial fan page: