Where to Stream Brooklyn Nine-Nine Season 8? 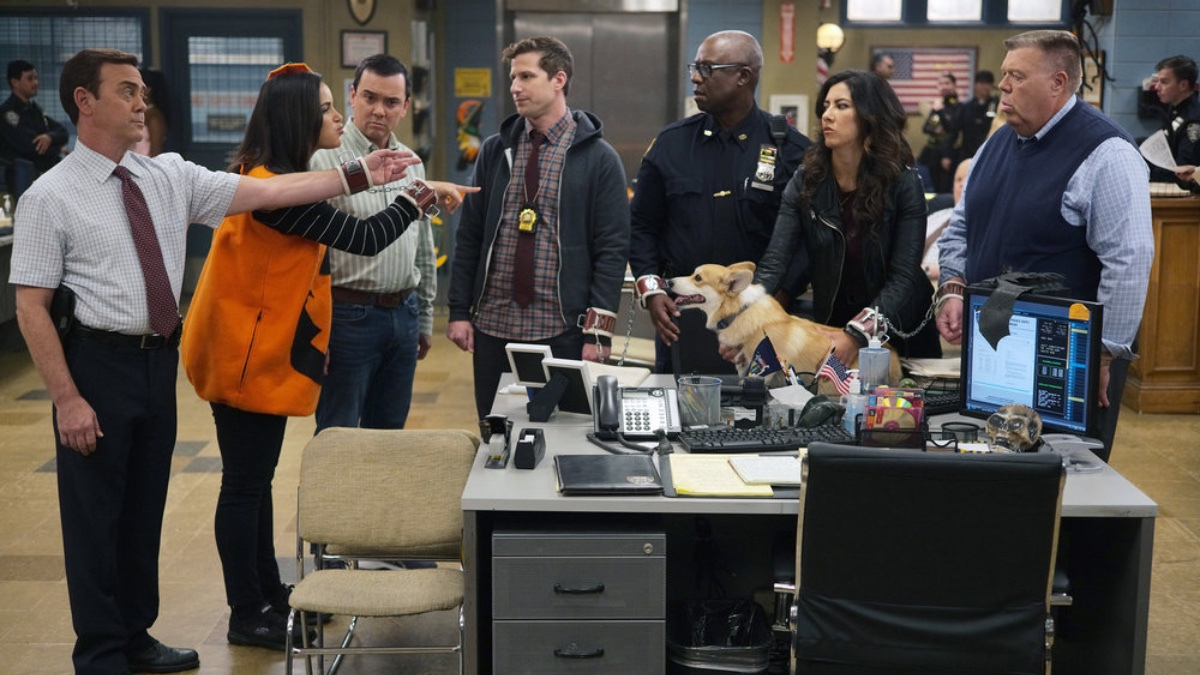 Created by Dan Goor and Michael Schur, ‘Brooklyn Nine-Nine‘ is a police procedural sitcom that revolves around the personal and professional struggle of a group of detectives of the New York City Police Department in Brooklyn. The series, with its rib-tickling anecdotes, offers a hilarious look at American life and often delves deeper into some complex socio-political issues, all the while managing to retain its relatability. In case you love dramas with a lot of absurd and funny stories, then “Brooklyn Nine-Nine’ may be the right show for you. Here’s all the streaming information you need.

What is Brooklyn Nine-Nine Season 8 About?

In the latest season, parenthood awaits Jake and Amy, who have been together for quite some time now but have never been through such a drastic change so far. With the later on maternity leave, Jake will have to juggle his personal and professional responsibilities. His colleagues have had a rough year as well, so a sense of normalcy is likely to return to their lives. Meanwhile, Jake will find himself working on a critical case with Rosa.

We can also expect the sitcom to address the long-standing question finally — will Raymond Holt get promoted as the Commissioner of the New York Police Department? Furthermore, the series is likely to inculcate COVID-19 and the socio-political change started by the death of Geroge Floyd in its overall premise. But it will be interesting to see how the sitcom goes about doing it. Here are all the streaming details if you plan on watching the show.

Is Brooklyn Nine-Nine Season 8 on Netflix?

‘Brooklyn Nine-Nine’ season 8 is expected to arrive on Netflix by March-April 2022, but only for countries other than the United States like Canada and the United Kingdom. However, people in America can check other platforms or alternatively stream ‘Arrested Development‘ or ‘Kim’s Convenience.’

Is Brooklyn Nine-Nine Season 8 on Hulu?

‘Brooklyn Nine-Nine’ season 8 can be streamed online on Hulu + Live TV. People with a basic subscription can head here to watch the previous seasons and check for season 8’s availability.

No, ‘Brooklyn Nine-Nine’ is not available on Amazon Prime. You can check for the availability of season 8 and rent/purchase the previous season here.

You can watch season 8 of the comedy show on NBC’s official website. Live TV streaming platforms like FuboTV, YouTubeTV, SlingTV, and DirecTV also have the latest season in their catalogs. YouTube, Vudu, Google Play, iTunes, and Microsoft Store are some Video-on-demand platforms that have the season and are likely to include season 8 sooner or later in their offerings.

Fans can check for the availability of the latest season and watch the previous ones on TBS’s official website, AppleTV, and Xfinity. Peacock subscribers are in luck, ‘Brooklyn Nine-Nine’ is accessible on the platform. You can head here to watch the series.

How to Stream Brooklyn Nine-Nine Season 8 for Free?

Platforms such as DirecTV, FuboTV, AppleTV, and Peacock all offer a 7-day free trial, while YouTubeTV comes with a two-week trial. Therefore, you can stream season 8 of ‘Brooklyn Nine-Nine’ for free, provided you stream it during the trial period. However, we encourage our readers to always pay for the content they wish to consume online.