Where To Stream Cleveland Abduction? 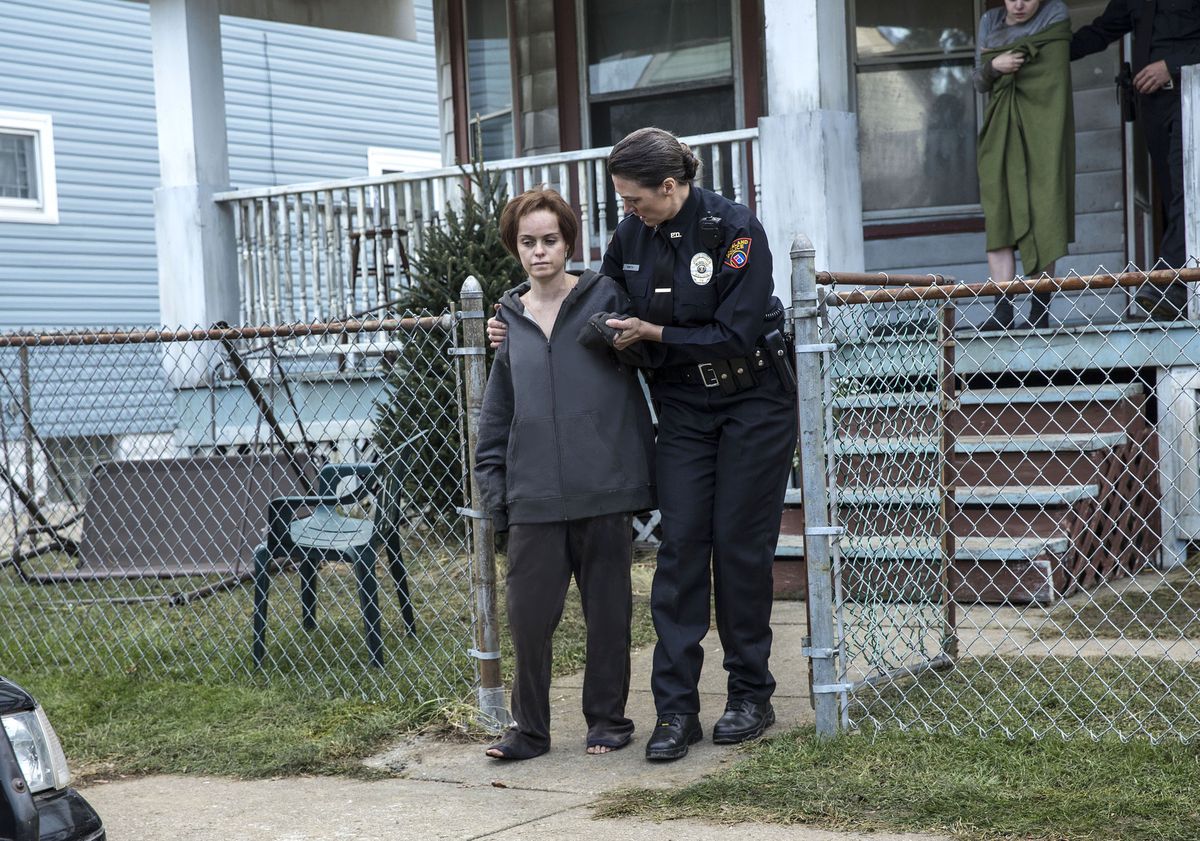 Lifetime’s ‘Cleveland Abduction’ is a true-crime thriller film directed by Alex Kalymnios. The film stars Taryn Manning, Raymond Cruz, Katie Sarife, and Joe Morton in the lead roles and is based on the real-life Ariel Castro kidnappings. The plot follows Michelle Knight, a single mother and the first victim of kidnapper Ariel Castro. She remains imprisoned for years with two other girls who are also taken captive by the deranged serial kidnapper. Knight becomes the support system and hope of the other two girls during their time in captivity. Want to know where you can stream ‘Cleveland Abduction’? We’ve got you covered.

What is Cleveland Abduction About?

Michelle Knight, a single mother, living in Cleveland, Ohio, is on her way to the court when she is offered a ride by an acquaintance, Ariel Castro. However, Castro doesn’t drive her to the court. Instead, he takes her to his home, where she is trapped and imprisoned. Soon, Castro captures two other young women, Amanda Berry and Georgina “Gina” DeJesus. The three women remain in captivity as Castro performs horrific acts of brutality on them. Knight remains undeterred and holds on to her faith in God. The story serves as a testament to Knight’s perseverance and willpower as she refuses to breakdown even after years of torture. How she manages to remain strong during a time when her captor tries to crush her hope and faith everyday forms the rest of the story.

Is Cleveland Abduction On Netflix?

‘Cleveland Abduction’ hasn’t been added to Netflix just yet. However, if you are interested in watching a similar true-crime film, there’s no shortage of options on Netflix. You can checkout ‘Lost Girl’ (about a mother searching for her kidnapped daughter solving a series of unsolved murders in the process) or the true-crime documentary ‘Abducted in Plain Sight’ (the shell-shocking true story of a girl’s abduction by her charming neighbor not once but twice) on the streaming platform.

Is Cleveland Abduction On Amazon Prime?

‘Cleveland Abduction’ isn’t a part of the titles offered by Amazon Prime for free, but you can purchase the film as VOD on the streaming service. Alternatively, you can watch ‘8 days’, a similar film (about three young girls who are kidnapped and tortured over a period of eight days) on the streaming service with a Prime subscription.

Is Cleveland Abduction On Hulu?

‘Cleveland Abduction’ isn’t available on Hulu at the moment, but if you wish to experience similarly captivating true-crime stories, we recommend ‘Abducted: The Mary Stauffer Story.’ The film is inspired by real events about a teacher and her eight-year-old daughter who are abducted and held captive for seven weeks by a former student.

Where to Watch Cleveland Abduction Online?

There are plenty of options to watch ‘Cleveland Abduction’ online. You can buy or rent this film on VOD platforms such as iTunes, Vudu, Microsoft Store, Google Play, FandangoNOW, and DirecTV. You can also stream the film on Xfinity, PhiloTV, SlingTV, and FuboTV with a subscription.

How to Stream Cleveland Abduction For Free?

Well, if you are wondering whether you can somehow watch ‘Cleveland Abduction’ free of cost, you absolutely can! You can sign up for a 7-day free trial on FuboTV and PhiloTV or a 3-day trial on SlingTV to enjoy this film completely free.

Read More: Everything We Know About Cleveland Abduction