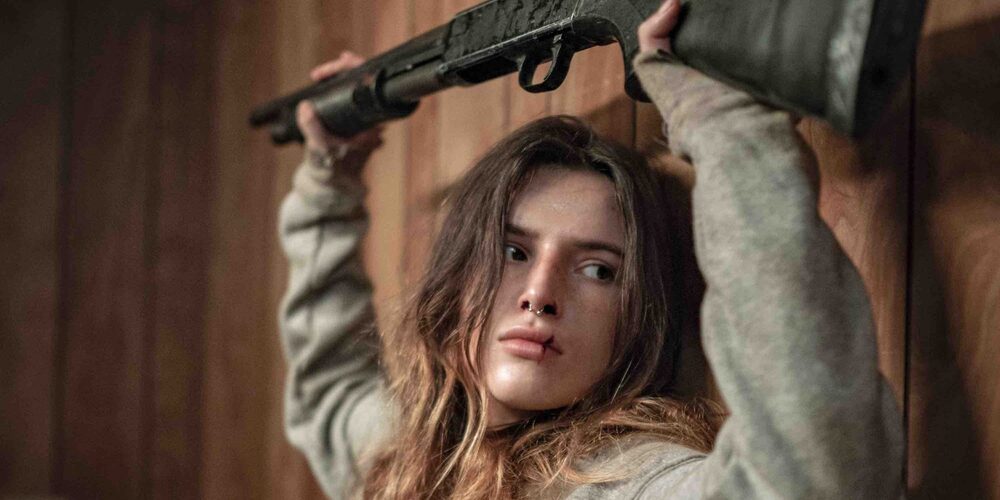 ‘Girl’ is a 2020 crime thriller that centers on an unnamed girl as she dives headfirst into the dangerous game of finding her father’s killer. The movie is written and directed by Chad Faust, who also plays one of the main antagonists in the film. Bella Thorne plays the titular character of the unnamed girl. ‘Girl’ also stars Mickey Rourke as the extremely creepy town sheriff. Curious to know more about the film ‘Girl’ and where to stream it? We’ve got you covered.

What is Girl About?

‘Girl’ follows the harrowing survival story of an unnamed young woman who travels to the small town of her childhood with the purpose of killing her abusive father. She has grown up with the disturbing tales of her father’s cruelty towards her mother and wants to exact revenge. But when she reaches her father’s house, she finds that the despicable man has already been murdered by someone else, just a day before. Now the girl’s mission is to find the person who tortured and killed her father, before she could get to him. A kind neighbor and a sympathetic bar-owner warn her to stay away from the sinister town sheriff and his younger brother. But the bleak town may just be where the girl meets her own end.

Is Girl on Netflix?

‘Girl’ is not available to stream on Netflix, but interested audiences can watch other good thrillers like ‘The Roommate‘ and ‘Berlin Syndrome‘ instead.

Is Girl on Hulu?

‘Girl’ is not on Hulu. If you’re a Hulu subscriber, then a good alternative option would be to watch ‘Gone Girl‘ or ‘The Postcard Killings‘. They’re both pretty engaging crime thrillers, like ‘Girl’.

Is Girl on Amazon Prime?

‘Girl’ is currently not streaming on Amazon Prime. People who are looking to watch crime thrillers should check out ‘Poison Rose‘ and ‘The Vanishing‘.

Where To Watch Girl Online?

‘Girl’ is available to stream as video-on-demand on iTunes, Vudu, and FandanoNow. You can purchase or rent this film to watch it online.

How To Stream Girl For Free?

Unfortunately, ‘Girl’ cannot be streamed for free at this point since it is not available on any website that offers a free trial. So people who want to watch ‘Girl’ will have to pay to either rent it or purchase it one of the streaming platforms listed above. We expect and hope that our readers pay for the content they consume.