Where To Stream Gunda? 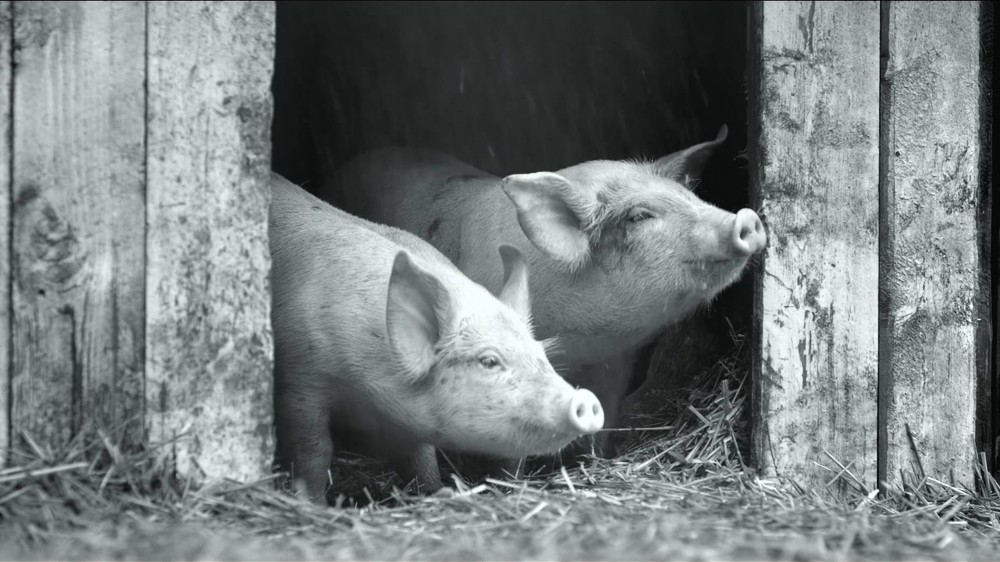 Russian filmmaker Viktor Kossakovsky’s stirring and stunning documentary film ‘Gunda’ makes a brilliantly moving case for veganism. The film is completely devoid of any music or narration or anything that could be termed a crutch. The premise is so simple it’s genius – farm animals go about their daily lives as a camera silently films them. The visualization is mesmerizing. Nothing is made up and there is no artifice, just a few animals being animals. Curious to know more about ‘Gunda’ and where you can stream it? Here is all the information you need.

What is Gunda About?

‘Gunda’ does not have a set narrative or a plot. Kossakovsky simply follows around a momma pig and her adorable tiny piglets, two curious cows, and a few chickens (one of who is a one-legged clucker) on a nondescript farm as they go about their everyday lives. The animals are all nameless and there is no story assigned to them, no theatrics involved. Most animals in cinema are given complicated backstories and striking, endearing personalities to make them more relatable for us. Filmmakers try to humanize the animals in films in order to make it more comfortable for the audience. This is not ‘Gunda’s’ aim. Kossakovsky wants the viewers to feel uncomfortable by the idea that these farm animals are all probably going to end up as food. ‘Gunda’ aims to unsettle. Though it does that beautifully.

Is Gunda on Netflix?

‘Gunda’ is not available to stream on Netflix but people who are interested in nature and animal kingdom documentaries will find several similar films on the streaming giant’s platform. A few of them are ‘Tiny Creatures‘, ‘Dancing With The Birds‘, and ‘Growing Up Wild‘.

Is Gunda on Hulu?

‘Gunda’ is not currently on Hulu. But Hulu is home to many other really great nature documentaries that you can watch instead, like ‘The Biggest Little Farm‘, ‘Honeyland‘, and ‘March of the Penguins 2: The Next Step‘.

Is Gunda on Amazon Prime?

‘Gunda’ is not available to stream on Amazon Prime. But Amazon Prime boasts one of the best collection of documentaries present online. A few of the nature documentaries that you cannot miss are ‘Seasons‘, ‘The Wild Pacific‘, and ‘The Riot and the Dance: Earth‘.

Where To Watch Gunda Online?

As of right now, ‘Gunda’ is only available for an exclusive one-week showing on virtual cinema at Laemmle Theatres and Film Forum, starting December 11, 2020. ‘Gunda’ will be released theatrically in 2021.

How To Stream Gunda For Free?

‘Gunda’ is not available for free streaming anywhere. People who want to watch this magnificent documentary film will need to purchase tickets and watch on the above-mentioned virtual theatres, but remember, it’s only available this week.