Where to Stream In the Same Breath? 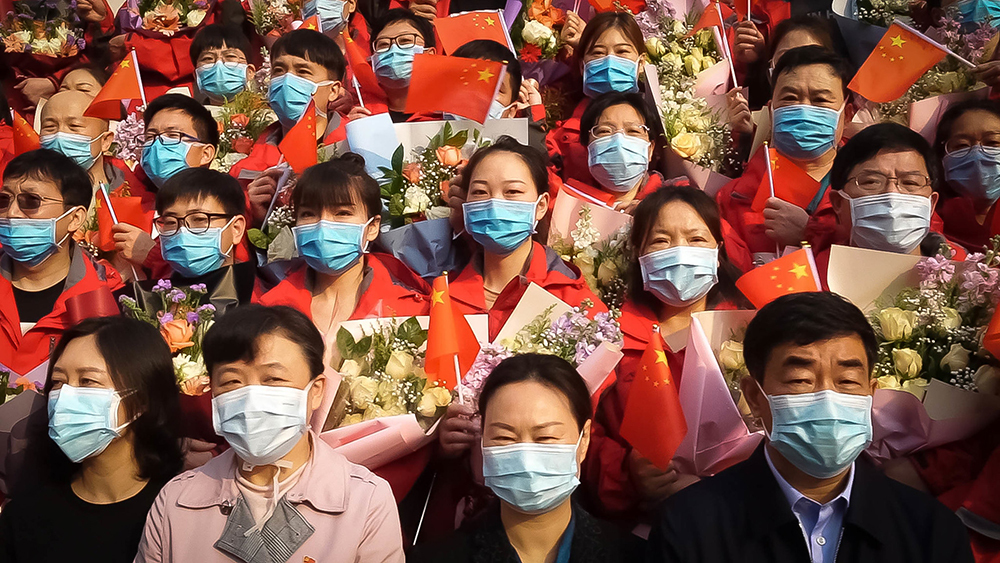 With deep insight into the failures of the political leaders and the misinformation that gripped the world, ‘In the Same Breath’ captures one of the biggest tragedies in modern history – the global coronavirus outbreak. Directed by Nanfu Wang, the award-winning filmmaker behind ‘One Child Nation,’ the documentary sheds light on the collapse of health infrastructure of the United States and China by offering a closer look at the ground realities when the pandemic first broke out and then subsequently spread to the entire world. Curious to learn more about the film or where it can be streamed? We have got you covered.

What is In the Same Breath About?

Wang, a filmmaker from China, celebrated the Chinese New Year in her country in early 2020, unbeknownst to the horrors that were going to grip the entire world in the coming months. She soon left for the United States, and around the same time, the news of the spread of a new virus just 200 miles from her hometown in Wuhan started surfacing. With the help of local videographers in the region and social media, Wang started documenting the events as they unfolded from the early days and managed to capture the collapse of China’s health care system, which was grossly unprepared for a tragedy of this scale. Within a few months, the entire world was devastated by it.

Unfortunately, as we know now, the horror doesn’t end there. Soon, the United States saw itself overwhelmed by the same crisis, which subsequently gripped the rest of the world. The documentary offers a closer look at the events following the novel coronavirus outbreak in Wuhan that includes unseen videos, first-hand accounts, and testimonials from patients, medical professionals, and civilians.

Is In the Same Breath on Netflix?

Netflix subscribers who are looking for the documentary on the platform will be disappointed since ‘In the Same Breath’ is not accessible on the streaming giant as of now. So, you can either check other platforms or watch some other somewhat similar content like ‘Coronavirus, Explained‘ or ‘Pandemic: How to Prevent an Outbreak.’

Is In the Same Breath on Hulu?

You cannot watch ‘In the Same Breath’ with Hulu basic or Hulu + Live TV subscription. However, with the HBO Max add-on that costs $14.99/month, both live and on-demand content of the network will be accessible to Hulu subscribers, and one can enjoy the documentary as well. Those who have it, can simply head to the website to watch the documentary film.

Is In the Same Breath on Amazon Prime?

‘In the Same Breath’ is not available on Amazon Prime as of now. However, you can head here to check for its availability, but currently, it’s unclear if it is going to be added for rent/purchase or as part of its Prime offerings.

Where to Watch In the Same Breath Online?

Before its release on on-demand platforms, ‘In the Same Breath’ will be accessible on HBO. People who have an HBO Max subscription are also in luck since the documentary series is part of its current offerings. You can head to the official website to watch it whenever you have time. Platforms such as DirecTV and SlingTV can also be reportedly used to live stream the HBO film. One day after its television premiere, ‘In the Same Breath’ will be accessible on VOD platforms. So, you can check for the documentary’s availability on Google Play, iTunes, Microsoft Store, Redbox, and Vudu.

How to Stream In the Same Breath for Free?

Since ‘In the Same Breath’ is most likely to be released for rent/purchase on Amazon Prime and HBO Max no longer offers a free trial, one can only use DirecTV’s 7-day free trial to stream ‘In the Same Breath.’ However, we encourage our readers to watch their favorite movies and shows online only after paying for them.