Where to Stream Infinite? 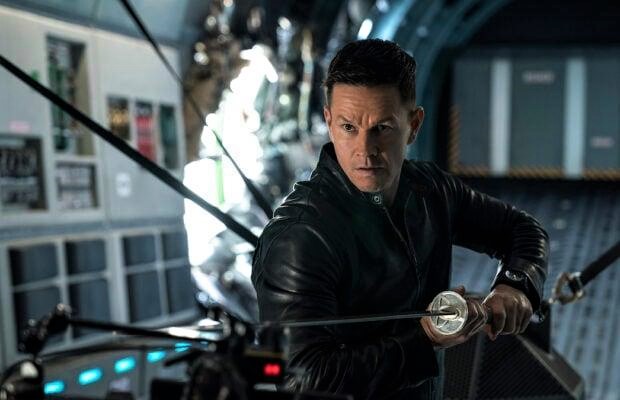 Starring Lorenzo di Bonaventura, Mark Wahlberg, and Mark Huffam, ‘Infinite’ is a science-fiction action movie that follows a man haunted by perplexing hallucinations that have turned his world upside down. Unable to understand their origin, he is forced to undergo the same psychological trauma every day, but there is still hope as he realizes that there are others like him who have answers to his questions. Curious to learn more about the film’s premise or where it can be streamed? You have come to the right place; here’s everything you need to know.

What is Infinite About?

Evan McCauley, an ordinary man, is haunted by inexplicable hallucinations of the past that make no sense to him. In his visions, he often finds himself in places that he has never visited or showcasing skills that he never really worked on. Evan’s horrifying hallucinations lead to an existential crisis, and he ends up on the verge of a mental break down unable to take it anymore. However, just when he gives up hope of ever living a normal life, he is saved by “Infinites,” a mysterious group that has answers to his questions. Evan finds out that his inexplicable visions are not just hallucinations but memories of his past lives.

He has been reincarnated multiple times like some of the members of the secret group. All of his memories of his past lives have therefore accumulated, and what he terms as hallucinations may hold the key to a crisis in the present. The group must come together to use their memories to uncover secrets that can save the world from the approaching catastrophe. Unfortunately, one of The Infinites is at the root of this crisis who wants to end the world as we know it to stop the reincarnation cycle finally. Can Evan and his new friends achieve their goals? To find out, you should watch ‘Infinite’ and here’s how you can do that.

Is Infinite on Netflix?

‘Infinite’ is not part of Netflix’s otherwise impressive catalog of movies and shows. However, we recommend our readers watch other science-fiction films and shows like ‘The OA,’ ‘How It Ends,’ or ‘IO.’

Is Infinite on Hulu?

Hulu subscribers will have to check other platforms as ‘Infinite’ is not available on the streaming giant as of now. Fans of science-fiction films can alternatively watch ‘Little Fish’ or ‘The Mandela Effect.’

Is Infinite on Amazon Prime?

No, ‘Infinite’ is not accessible for streaming on Amazon Prime. Subscribers can instead watch ‘The Book of Tomorrow’ or ‘The Happening.’

Where to Watch Infinite Online?

‘Infinite’ is exclusively releasing on Paramount+. If you have a subscription, you can watch the science-fiction action movie here.

How to Stream Infinite for Free?

Paramount+ comes with a seven-day free trial for its first-time subscribers. So, you can watch the movie for free, provided you stream it during the trial period. However, we encourage our readers to pay for the content they wish to consume online.