Where to Stream Lansky? 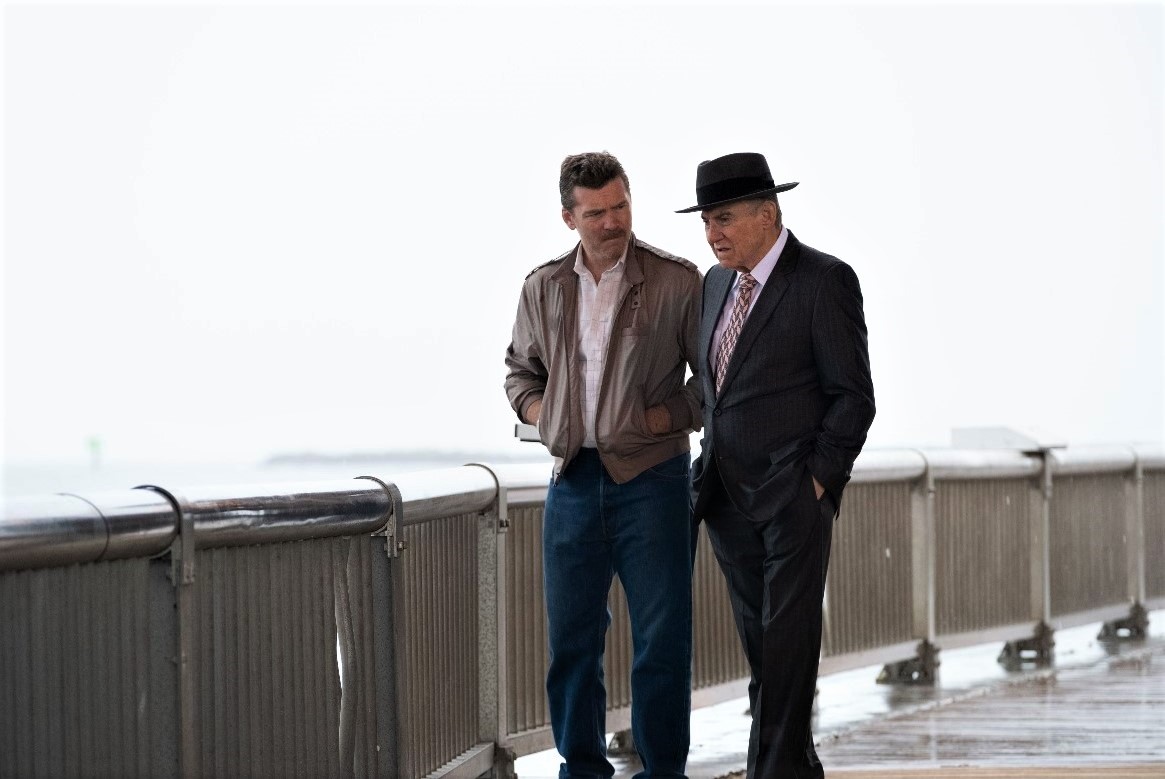 Directed by Eytan Rockaway, ‘Lansky’ is a biographical crime drama movie that centers upon a broke journalist’s brave investigation of a feared gangster who is accused of hiding information that can have far-reaching consequences. Starring Harvey Keitel, Sam Worthington, and AnnaSophia Robb, the film is based on the life of a dominant organized crime figure Meyer Lansky, also known as the “Mob’s Accountant.” Curious to learn more about the film’s premise or where it can be streamed? You have come to the right place. Here’s everything you need to know.

What is Lansky About?

David Stone is a journalist who is, unfortunately, going through financial troubles. If that isn’t enough, his relationship is also falling apart. Desperate to do anything to provide his family some security, David is prepared to take even dangerous assignments without an ounce of care for his own well-being. However, deep down, he is also hiding some dark secrets.

Even though he cares deeply for his family and his relationship, when it comes to his actions, quite paradoxically, David always lets his family down. Caught up in countless troubles, he gets a once-in-a-lifetime opportunity to interview Meyer Lansky, a retired gangster who is suspected of hiding millions of dollars by the FBI. However, David is only getting the chance on the condition that the contents of his conversation with the dangerous criminal must not get revealed until the gangster has passed away.

With the stipulations in mind, the ambitious journalist begins his interviews with Lansky, who reveals dark secrets about his little-known past and opens up about his family. Will the FBI’s secret investigation yield the desired result, and they find out about Lansky’s hidden wealth? In order to find out, you must watch the biographical crime drama movie. Here’s how you can do just that!

Is Lansky on Netflix?

‘Lansky’ is not part of Netflix’s current offerings and is unlikely to arrive on the platform any time soon. Viewers looking for a similar movie can alternatively stream ‘Extremely Wicked, Shockingly Evil and Vile,’ ‘The Irishman,’ and ‘A Twelve Year Night.’

Is Lansky on Hulu?

No, ‘Lansky’ is not accessible on Hulu as of now. If you are looking to watch other crime-drama movies, we recommend ‘Breach’ or ‘A Most Wanted Man.’

Is Lansky on Amazon Prime?

‘Lansky’ is expected to arrive on Amazon Prime as Video-on-demand soon. In the meantime, Prime subscribers can instead stream ‘The Hidden Secrets: Gangsters of the 1920s and 1930s’ or ‘The Making of the Mob: Chicago.’

Where to Watch Lansky Online?

The biographical crime drama film is expected to arrive on VOD platforms such as Vudu, FandangoNow, Redbox, Google Play, Microsoft Store, and iTunes in the near future. You can also stream ‘Lansky’ on Spectrum and AppleTV. People who wish to watch it in theaters can book their tickets here.

How to Stream Lansky for Free?

AppleTV offers a seven-day free trial for first-time subscribers. Therefore, you can stream the movie free of cost within the trial period. However, we recommend our readers watch their favorite movies and shows online only after paying for them.