Where to Stream Murdoch Mysteries Season 14? 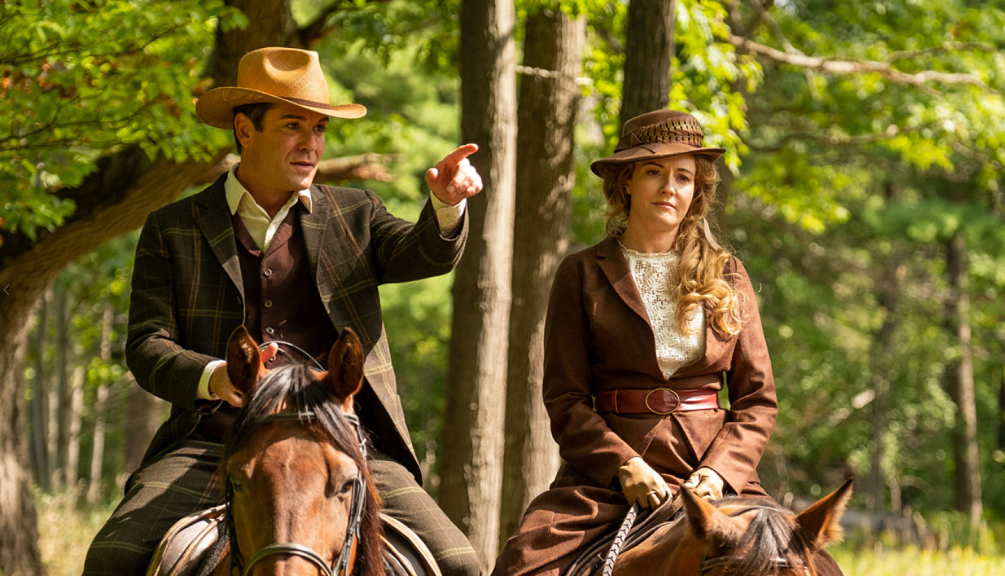 ‘Murdoch Mysteries’ (titled ‘The Artful Detective’ till season 12 in the US) is a drama series that follows the thrilling adventures of a police detective in the early 20th century. Set in Toronto, at the turn of the century, the wildly popular Canadian series revolves around Detective William Murdoch, who solves crimes with the help of unique technology and offbeat methodology.

In his crime-solving, criminal-catching quests, Murdoch is usually accompanied (and assisted) by Inspector Brackenreid, Doctor Julia Ogden, and the naive and eager Constable George Crabtree. Curious to know more about season 14 of ‘Murdoch Mysteries’ and where you can stream it? Here’s everything we know.

What is Murdoch Mysteries Season 14 About?

In ‘Murdoch Mysteries’ season 14, actors Peter Keleghan, Peter Stebbings, and Matthew Bennett reprise their roles as Terrence Meyers, James Pendrick, and Allen Clegg, respectively. Meyers ropes in Murdoch to find his scientist friend Pendrick, who has been supposedly kidnapped by American agent Clegg. In every episode of the latest season, Murdoch, his wife Julie, and other trusted sidekicks leave no stone unturned to solve different murders with varying degrees of gruesome. The show follows a crime-of-the-week format, with the core team sometimes splitting up into smaller teams to solve more than one murder in a single episode.

Is Murdoch Mysteries Season 14 on Netflix?

‘Murdoch Mysteries’ is not available on Netflix USA, but Canadian viewers can watch the show on the popular streaming platform. Season 13 ran on CBC (Canadian channel) between September 2019 and March 2020 and landed on Netflix in September 2020. Due to the COVID-19 pandemic, season 14 is significantly shorter (only 11 episodes instead of the usual 18) and aired on CBC from January 2021 to March 2021.

We can, therefore, assume that season 14 will likely drop on Netflix Canada in September 2021. Canadian viewers can stream the first 13 seasons of ‘Murdoch Mysteries’ here. American audiences can alternatively watch similarly brilliant mystery shows on Netflix, such as ‘Sherlock,’ ‘Ripper Street,’ and ‘NCIS.’

Is Murdoch Mysteries Season 14 on Hulu?

Fans of ‘Murdoch Mysteries’ in the US can rejoice because the show (first 12 seasons) is available to stream on Hulu. Seasons 13 and 14 are expected to become available on the streamer in the near future.

The first 13 seasons of ‘Murdoch Mysteries’ are available on Amazon Prime as either VOD (to buy or rent single episodes or entire seasons) or free with the Acorn TV add-on. The latest episodes of season 14 are expected to become available to buy or rent on Prime a few days after they air on Acorn TV. You can stream ‘Murdoch Mysteries’ on-demand here.

Season 14 of ‘Murdoch Mysteries’ can be streamed on the official websites of Acorn TV and Ovation TV. ‘Murdoch Mysteries’ is available on VOD platforms and live TV websites such as iTunes, YouTube VOD, YouTube TV, Sling TV (6 seasons), Google Play, and FandangoNOW (first 9 seasons). Streamers that have all 13 seasons can expect to have the season 14 episodes soon after they air on cable TV.

How to Stream Murdoch Mysteries Season 14 for Free?

Season 14 is not available to stream for free as of now. Hulu offers first-time subscribers a month’s free trial, so you can watch the first 12 seasons for free that way (if you have never had a Hulu account). However, we urge our readers to pay for the content they consume.