Where to Stream Rutherford Falls? 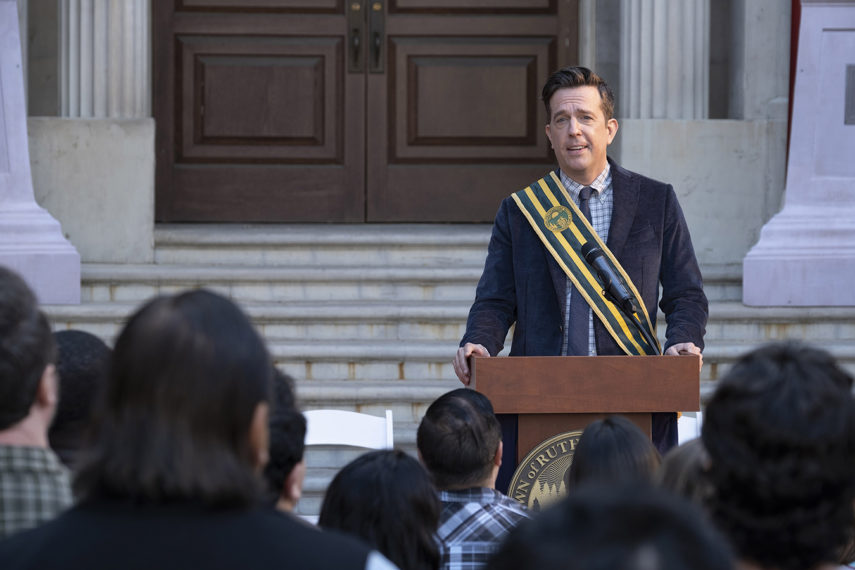 Created by Michael Schur, Ed Helms, and Sierra Teller Ornelas, ‘Rutherford Falls’ revolves around the eccentric best friends Nathan Rutherford and Reagan Wells, who find themselves facing different life-changing issues. Despite the odds, they passionately seek what they want in the comedy series that explores critical socio-cultural issues through its fictional narrative. In case you wish to know more about the show’s plot or where it can be streamed, you have come to the right place. Here’s everything you need to know.

What is Rutherford Falls About?

Nathan Rutherford and Reagan Wells have been friends for as long as they can remember. They peacefully live in a small unexciting Northeast town until one day, the mayor proposes the idea of moving the statue of Lawrence Rutherford due to safety reasons. It laters turns out that Lawrence is not only the founder of the town but also Nathan’s ancestor. Appalled by the plan, he begins to protest strongly against the move and demands that the statue of his ancestor remains where it belongs. He takes pride in his family history which is clearly reflected in his deep disappointment with the mayor and his sudden decision.

Although his friend Reagan Wells wants to support him, she finds herself conflicted by another dilemma. She wishes to expand the Minishonka Cultural Center, but unfortunately, there are too many hurdles in her way. But since it captures the history of her tribe, Reagan is unwilling to give up easily. As the story of the eccentric duo and their small town unfolds, the characters find themselves confronting different issues along with each other. Although their problems are serious, the characters always end up dealing with their problems in a manner that is entertaining to watch.

Is Rutherford Falls on Netflix?

‘Rutherford Falls’ is currently not part of Netflix’s otherwise impressive catalog of shows. However, we suggest our readers alternatively watch ‘Never Have I Ever,’ which follows an Indian-American teen as she tries to live her life on her own terms.

Is Rutherford Falls on Hulu?

Hulu subscribers will have to look for other alternatives as ‘Rutherford Falls’ is not available on the platform. Viewers looking for similar comedy shows can stream ‘You’re the Worst’ or ‘Breeders.’

Is Rutherford Falls on Amazon Prime?

‘Rutherford Falls’ is also not accessible on Amazon Prime. However, we recommend watching ‘Fleabag,’ which recounts the story of an eccentric lady living in modern London.

Where to Watch Rutherford Falls Online?

‘Rutherford Falls’ is available online on Peacock. People with a subscription can stream the series here.

How to Stream Rutherford Falls for Free?

Peacock Premium comes with a seven-day free trial for first-time subscribers. So, you can stream the show on the platform for free, provided you watch it during the trial period. We encourage our readers to pay for the content they consume online.