Where to Stream Schmigadoon? 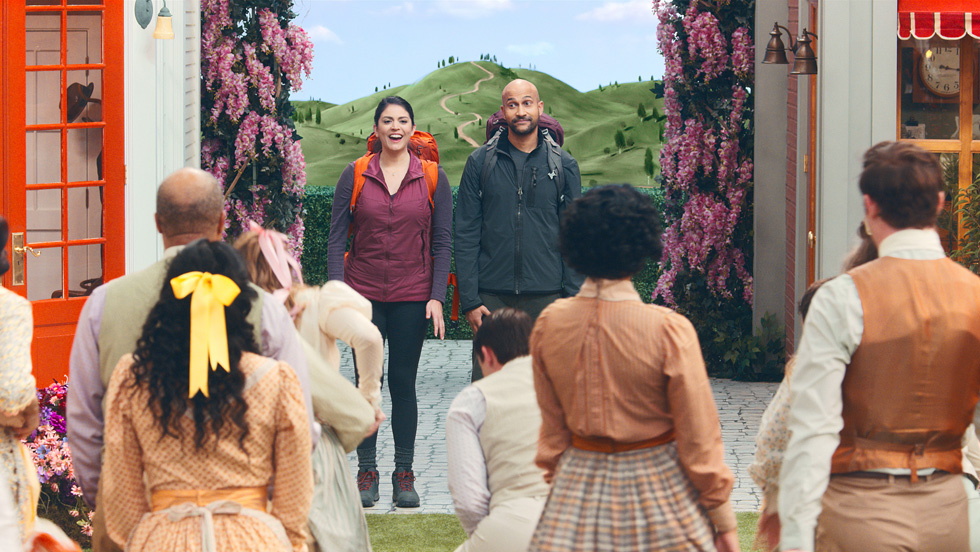 Parody of the Hollywood musical of the 1940s, ‘Schmigadoon!’ is a musical comedy series that revolves around a couple who are going through a rough patch. However, to their surprise, a hike that they take to reconnect with each other leads them to an unexpected destination. In case the show sounds interesting, and you wish to learn more about its premise or where it can be streamed, then we have got you covered.

What is Schmigadoon! About?

Melissa and Josh are physicians who have been together for a while and are dealing with the cracks and fissures that have started appearing in their relationship lately. In order to do something about it, they plan to spend more time with each other and decide to go on a backpacking trip, hoping that it will help them reconnect. Unfortunately, the romantic hike does not go as planned, and the couple finds themselves arguing again. However, their conflict takes a backseat when they suddenly find themselves in a magical town named Schmigadoon. They are surprised to meet the townspeople, who always seem overjoyed and continue to dance and sing no matter what happens.

However, they later learn that they can leave the magical town only after they have found true love, which perplexes Melissa and Josh, who used to think they have already found the one. The 1940s musical parody then explores the decision of the couple in light of the recent developments. So, will they eventually fall in love with each other again? Or is Melissa and Josh’s relationship is about to end? To find out, you have to watch ‘Schmigadoon!’ and here’s how you can do that.

Is Schmigadoon! on Netflix?

Netflix subscribers will have to look for other alternatives because ‘Schmigadoon!’ is not part of its current offerings. However, we recommend subscribers of the streaming giant watch ‘Girls from Ipanema.’

Is Schmigadoon! on Hulu?

Hulu’s otherwise impressive catalog does not include ‘Schmigadoon!.’ Viewers looking for something similar can alternatively stream ‘Across the Universe.’

Is Schmigadoon! on Amazon Prime?

‘Schmigadoon!’ is probably not going to be included in Amazon Prime’s video-on-demand offerings even in the future. People with a Prime subscription can watch ‘Rent‘ or ‘Guys and Dolls.’

Where to Watch Schmigadoon! Online?

‘Schmigadoon!’ is exclusively streaming on AppleTV+ as of now and is unlikely to arrive on any other platform any time soon. People who have a subscription can head here to watch the musical comedy series.

How to Stream Schmigadoon! for Free?

AppleTV+ offers a 7-day free trial for first-time subscribers. Therefore, you can stream the show for free, provided you can watch the entire show in the trial period. However, we encourage our readers to pay for the content they wish to consume online.