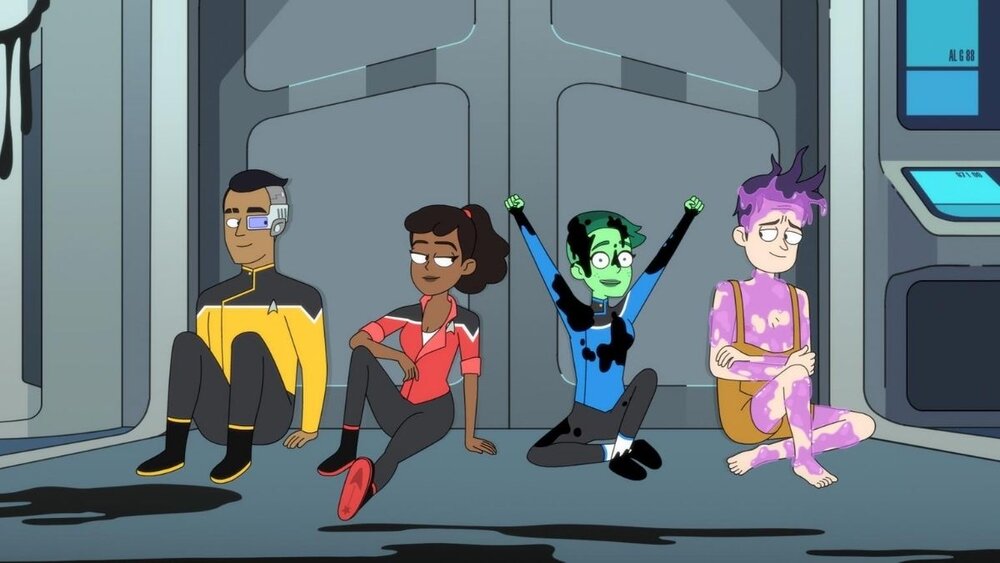 Set in the year 2380 in the ‘Star Trek’ universe, ‘Star Trek: Lower Decks’ is an adult animated series that stands as an anomaly for the franchise by focusing on low-ranking officers with menial jobs instead of typically recounting the anecdotes of starship captains or other senior officers like other films and shows. Created by Mike McMahan and based on ‘Star Trek’ by Gene Roddenberry, the series offers a unique overview of the ‘Star Trek’ universe from a refreshing point of view. In case you plan on watching the latest installment of the show, then here’s all the information you need.

What is Star Trek: Lower Decks Season 2 About?

Ensign Brad Boimler joining Captain Riker’s U.S.S. Titan — as Lieutenant junior-grade — will come as a shock to the crew aboard the Cerritos, who will slowly come to terms with his absence. However, he is expected to return to the ship eventually. Meanwhile, Ensign Sam Rutherford’s amnesia will prove to be a huge setback since he is Cerritos’ best engineer. He does not even recall his feeling for D’Vana Tendi, who will help him get accustomed to the nitty-gritty of spaceship engineering again. Meanwhile, Ensign Beckett Mariner and her mother, Cerritos Captain Carol Freeman, have finally made peace with each other and are likely to work together. With season 2 of the show about to release, fans can’t be any more excited for the new season. Curious to learn where it can be streamed? We have got you covered.

Netflix subscribers will have to check other platforms since ‘Star Trek: Lower Decks’ season 2 is not accessible on the streaming giant. However, we recommend our readers alternatively stream other adult animated shows such as ‘Paradise P.D.‘ or ‘Disenchantment.’

Hulu’s otherwise impressive catalog of animated shows does not include ‘Star Trek: Lower Decks’ season 2. Subscribers can instead watch ‘Rick and Morty‘ or ‘Solar Opposites.’

Amazon Prime has licensed the show for streaming in Europe, Japan, India, and Australia. You can rent/purchase previous seasons as well as the latest installment of the animated series here.

‘Star Trek: Lower Decks’ season 2 is not a part of HBO Max’s current offerings. However, subscribers can alternatively stream other shows like ‘Close Enough‘ or ‘Final Space.’

In the United States, ‘Star Trek: Lower Decks’ season 2 is streaming exclusively on Paramount+. People with a subscription can head here to watch the show. AppleTV, iTunes, YouTube, Vudu, Microsoft Store, and Google Play all have the first season of ‘Star Trek: Lower Decks’ in their catalogs and are likely to include the upcoming season in the future as well.

How to Stream Star Trek: Lower Decks Season 2 for Free?

Although AppleTV offers a seven-day free trial, it will be of no use since season 2 is not available on the platform as of now. However, Paramount+ comes with a one-free trial which can be used to stream the adult animated series free of cost. However, we encourage our readers to pay for the content they wish to consume online.