Where to Stream Swan Song? 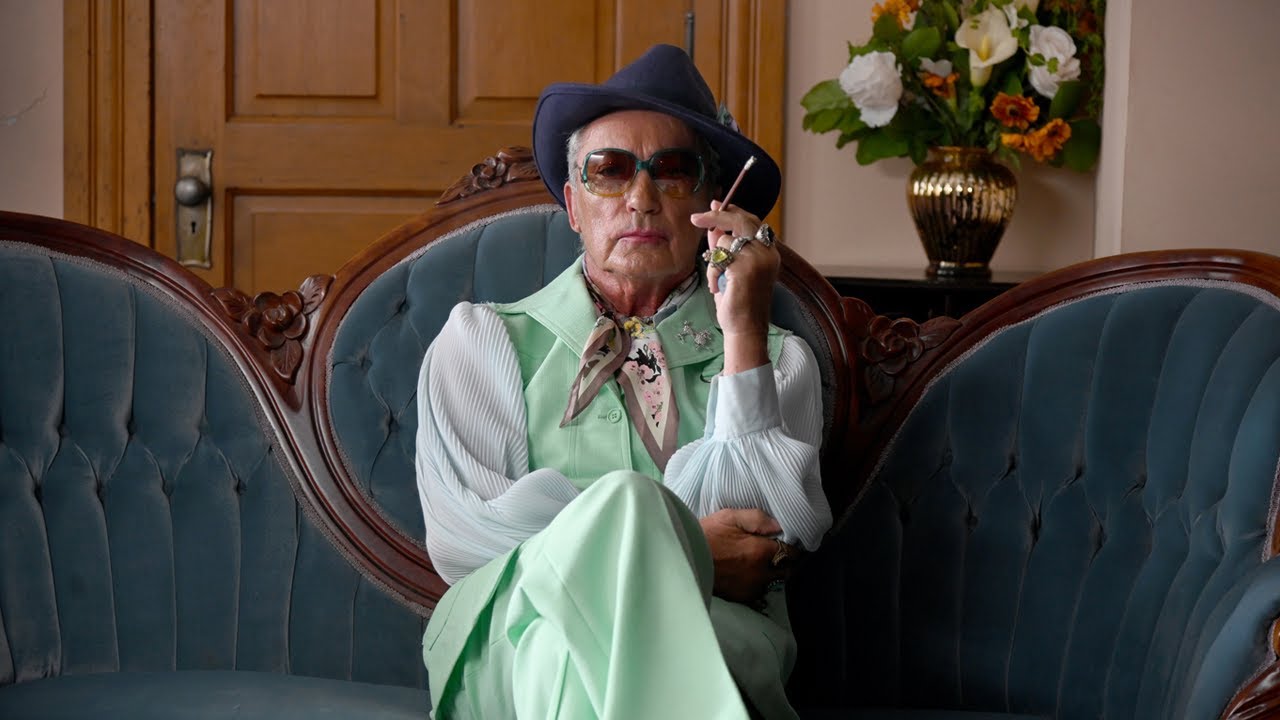 Directed, produced, and written by Todd Stephens, ‘Swan Song’ the comedy–drama movie features Udo Kier, Jennifer Coolidge, and Linda Evans. Curious to learn more about its plot or where it can be streamed? We have got you covered.

What is Swan Song About?

Pat Pitsenbarger, a once successful and sought-after beautician, now finds himself in hospice care in Ohio, where his monotonous way of life is in complete contrast with his younger days when he used to lead a trendy lifestyle that made him the gay icon of his community at the time. Now with nothing other than a cocktail and pack of cigarettes to look after, Pat gets a surprise visit from the lawyer of his former client, Rita Parker. He informs him that Rita has passed away, and one of her dying wishes was for Pat to style her hair. For reasons known only to him, the beauticians decline the offer with the harsh remark that they should bury her with bad hair.

However, he soon has a change of heart and escapes the nursing home and reaches Sandusky, his old town. His stay there proves to be a journey through time as Pat finds himself confronting the ghosts of his past and slowly learns to forgive himself and others rising above the wrongs that were done a long time ago. The encounter with his regrets and unrealized dreams proves to be a fulfilling journey while he prepares to give Rita one last goodbye.

Is Swan Song on Netflix?

‘Swan Song’ is not available on Netflix and is unlikely to arrive on the platform any time soon. So, subscribers may have to check other platforms, but we recommend our readers alternatively stream other comedy films such as ‘Yes Day’ ‘I Care a Lot,’ or ‘Bad Trip.’

Is Swan Song on Hulu?

Hulu subscribers will have to find other alternatives since ‘Swan Song’ is not part of Hulu’s current offerings. Therefore, they can instead stream as ‘Nomadland’ or ‘Palm Springs.’

Is Swan Song on Amazon Prime?

No, ‘Swan Song’ is not accessible on Amazon Prime and is unlikely to be included in its catalog any time soon. However, if you wish to rent or purchase Todd Stephens’s directorial, then you can head here.

Where to Watch Swan Song Online?

‘Swan Song’ is available on video on demand platforms such as Microsoft Store, Google Play, and Redbox. You can also watch the comedy-drama movie on DirecTV and Spectrum. Platforms such as iTunes and Vudu are expected to include it in their catalogs in the near future. People who wish to watch the film in theaters can head here to book their tickets.

How to Stream Swan Song for Free?

Since the movie is releasing only on video on demand platforms and theatrically, it is not possible to stream it for free, so cord-cutters will have to wait for it to release on a platform that offers a free trial. However, we recommend our readers not to use any illegal means and watch their favorite movies and shows online only after paying for them.