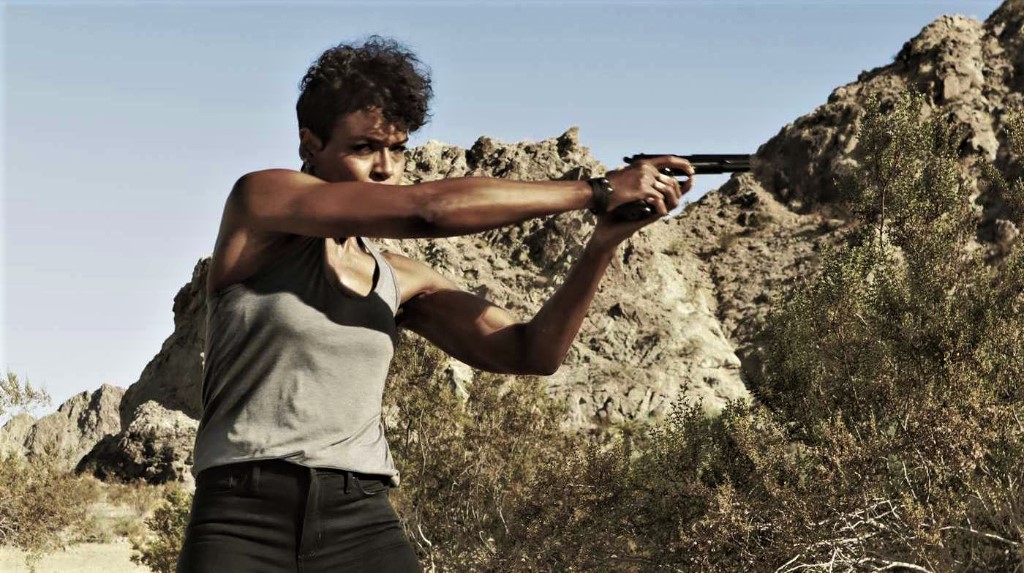 Starring Mickey Rourke, James Russo, Michael Jai White, and Gillian White, ‘Take Back’ is an action–thriller movie that revolves around a successful and ambitious lawyer whose world turns upside down after she takes a stand against a lowlife criminal with links to the criminal underworld. In case the movie sounds interesting and you wish to learn more about its plot or where it can be streamed, you have come to the right place. Here’s everything you need to know.

What is Take Back About?

Zara is a well-known and respected lawyer in her small desert town, where she lives with her husband, Brian. The life of the couple revolves around their respective jobs and their daughter. In their free time, Brian, a trained martial artist, acts as a dojo partner for his wife Zara, who is also a skilled fighter now after years of training. The defensive techniques she learns from her husband come in handy when she confronts a gun-toting criminal trying to intimidate a coffee shop assistant.

Zara easily disarms the criminal and turns the tables on him even before he could think something. Her heroic actions soon become viral on social media, and Zara becomes a local celebrity. However, she is unaware that the criminal has links to the local human trafficking ring, which is operated by Patrick, who knows some dark secrets about Zara’s past. The dangerous criminal soon kidnaps her daughter and puts her into the horrible slavery ring to make her mother pay for taking a stand against one of their men.

After having a deep discussion of the situation that they find themselves in, Zara and Brian spring into action to save their daughter and put an end to Patrick’s unethical trafficking ring. But with little political support, will the couple succeed in taking down the dangerous criminal? To find out, you should definitely watch ‘Take Back,’ and here’s how you can do that.

Is Take Back on Netflix?

‘Take Back’ is not accessible on Netflix as of now. However, subscribers looking for something similar on the streaming giant can alternatively watch the true-crime documentary ‘Abducted in Plain Sight’ or ‘Stolen Away’ AKA ‘Perdida.’

Is Take Back on Hulu?

Hulu subscribers will have to look for other alternatives as ‘Take Back’ is not part of its impressive catalog as of now. Viewers looking for similar movies can watch ‘10×10’ or ‘The Guilty.’

Is Take Back on Amazon Prime?

‘Take Back’ is expected to arrive on Amazon Prime as a video-on-demand in the near future. In the meantime, subscribers can stream ‘Dark, Almost Night,’ which revolves around mysterious child kidnappings.

Where to Watch Take Back Online?

You can stream the action-thriller film on VOD platforms such as Vudu and Redbox. People who wish to watch the movie in theaters can book their tickets here.

How to Stream Take Back for Free?

Since the movie is only accessible as video-on-demand and movie theaters as of now, it is not possible to watch the film for free as of now.