Where To Stream Ted Lasso? 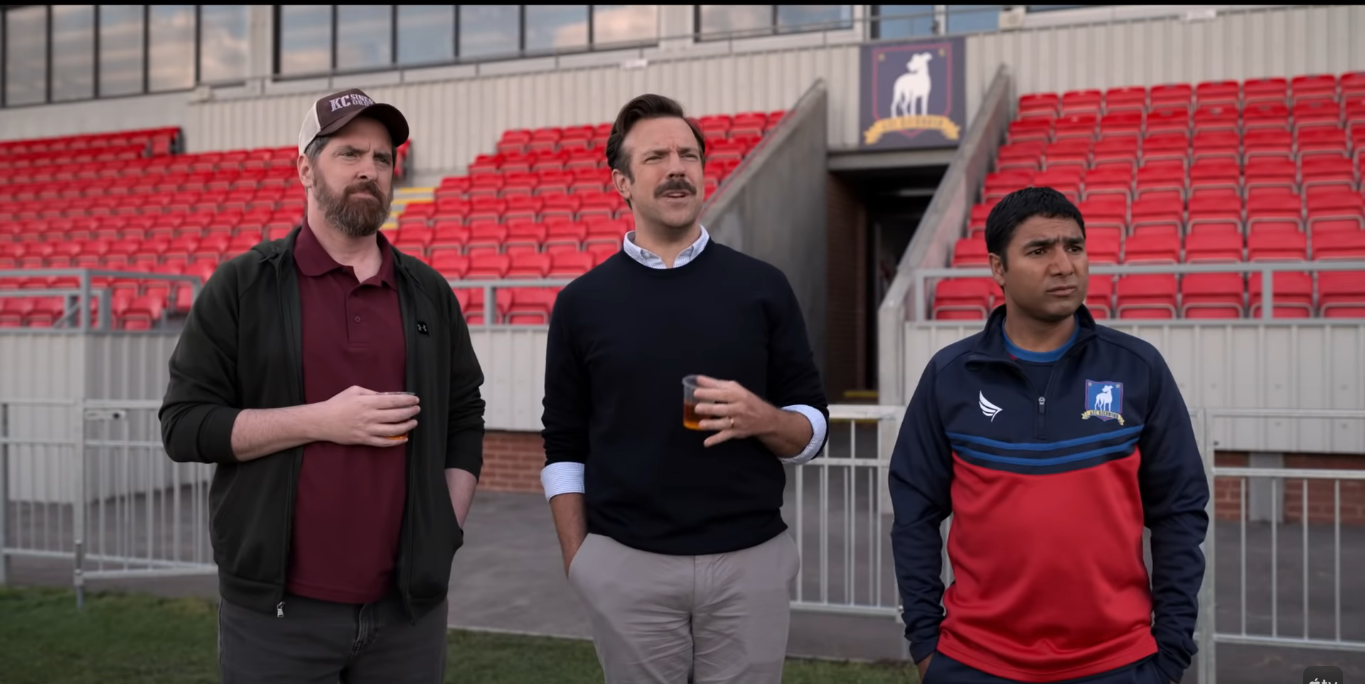 ‘Ted Lasso’ is a comedy television series by Bill Lawrence, Jason Sudeikis, Joe Kelly, and Brendan Hunt. The origin of the titular character of the show, Ted Lasso, is from a series of promos for NBC Sports’ coverage of the Premier League. The cast of the show is led by Jason Sudeikis, who has been playing the role of Ted Lasso since the advertisements. Other notable cast members include Hannah Waddingham playing Rebecca Welton, the new owner of AFC Richmond, Jeremy Swift as Leslie Higgins, the ingratiating Director of Football Operations, and Phil Dunster as Jamie Tartt, a young rookie striker. The show has been lauded for its witty comedy. If you are interested in knowing where you can watch the series, we have you covered.

What is Ted Lasso About?

‘Ted Lasso’ follows the adventures of Ted Lasso, who is appointed to be the manager of the fictional football club, AFC Richmond. However, the catch is that Lasso is an American football coach with no experience in soccer. The owner of the club, Rebecca, has just undergone a tumultuous divorce and is in the process of recuperating from it. Her mission is to sabotage the soccer club, one of her ex’s most loved things. To this end, she hires the inexperienced Lasso. However, even though Lasso is substantially deficient in terms of skill, he has an extremely optimistic and influential personality that helps him win over the players, including the begrudging captain.

Is Ted Lasso On Netflix?

‘Ted Lasso’ has not been added to Netflix as of now. However, if you wish to indulge in such similar sitcoms with touching themes, you can opt for ‘Grace and Frankie’ (a story about two women who become friends under unusual circumstances and become the owner of an unusual business) or ‘Mr. Iglesias’ (a high school teacher tries to make his students realize their potential).

Is Ted Lasso On Hulu?

‘Ted Lasso’ is not available to stream on Hulu as of now. If you are looking for an alternative, you can watch ‘Scrubs’ (follows the lives and careers of the staff at a hospital) and ‘Modern Family.’

Is Ted Lasso On Amazon Prime?

‘Ted Lasso’ is not on Amazon Prime as of now. However, you can watch other such funny comedies on the platform. For example, ‘Mike Bassett: England Manager’ which also follows the adventure of a football team manager, and ‘Coming to America’ (an Eddie Murphy comedy about an African prince who disguises as one of the common people in America to find his dream woman).

Where To Watch Ted Lasso Online?

‘Ted Lasso’ is available to watch on Apple TV+ for subscribers to the channel. It might be available in the future on other VOD channels.

How To Stream Ted Lasso For Free?

‘Ted Lasso’ can be streamed on Apple TV+ for free only through the 7-day free trial period offered on a new monthly subscription. The trial period is for a full year on the purchase of select Apple devices.