Where to Stream The Forever Purge? 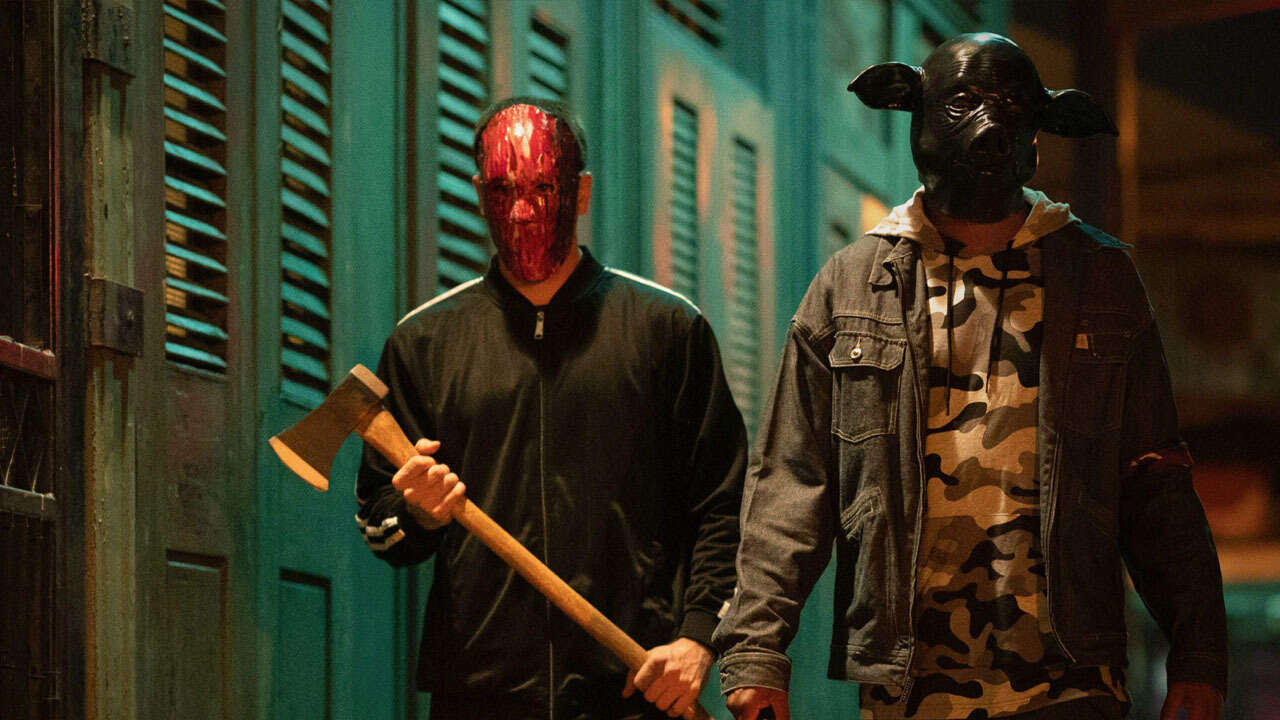 The fifth film in The Purge franchise, ‘The Forever Purge,’ is a dystopian action horror film that revolves around two Mexican immigrants whose search for better economic opportunities lands them in a world of trouble. Featuring stand-out performances by Ana de la Reguera and Tenoch Huerta, the film keeps viewers on their toes with its captivating storytelling. Curious to learn more about its plot or where it can be streamed? You have come to the right place. Here’s everything you need to know.

What is The Forever Purge About?

Juan and Adela live in Los Feliz Valley, where they work on the ranch of the Tucker family as a ranchhand and a menial worker at the meat-packing plant, respectively. The couple actually got to the flatland town ten months ago by illegally crossing the borders with the hope that the new country will help them change their fate. Although their immigration does provide economic opportunities, it also comes with existential risks that soon become a grim reality for them. Their employer, Dylan Tucker, is a liberal racist who uses undocumented immigrants as a tool to further his interests. His family is probably the best equipped with guns, ammunition, and other defensive measures in preparation for the renegade purgers who unleash a discriminatory killing spree sanctioned by the government with the hope of purifying the nation someday.

Unfortunately, immigrants like Juan and Adela are not as lucky or rich as the Tuckers. They must always find shelter in the local security space to save themselves from the danger lurking around them. But will the safety measures prove good enough when the purgers change their strategy? In order to find out, you must watch ‘The Forever Purge.’ Here’s all the streaming information that you are going to need.

Is The Forever Purge on Netflix?

‘The Forever Purge’ is not part of Netflix’s current offerings. Viewers looking for horror movies can alternatively stream ‘#Alive,’ or ‘Bird Box.’

Is The Forever Purge on Hulu?

Hulu subscribers will have to look for other alternatives since ‘The Forever Purge’ is not part of its catalog and is unlikely to arrive on the platform any time soon. However, subscribers can who wish to enjoy somewhat similar shows, and movies can watch ‘The Purge‘ or ‘Lights Out.‘

Is The Forever Purge on Amazon Prime?

‘The Forever Purge’ is expected to arrive on Amazon Prime in the near future. In the meantime, subscribers can watch ‘Bright Hill Road,’ ‘Look Away,’ or ‘Black Box.’

Where to Watch The Forever Purge Online?

In case you love watching movies in theaters, then you are in luck. You can head here to book your tickets for ‘The Forever Purge.’ The dystopian action horror film is expected to arrive on other video-on-demand platforms such as iTunes, Microsoft Store, Vudu, Play Store, and FandangoNow.

How to Stream The Forever Purge for Free?

Since ‘The Forever Purge’ is only releasing in theaters, cord-cutters who are eager to watch the movie for free will have to wait until it is released on streaming platforms.