Where To Stream The Tortured? 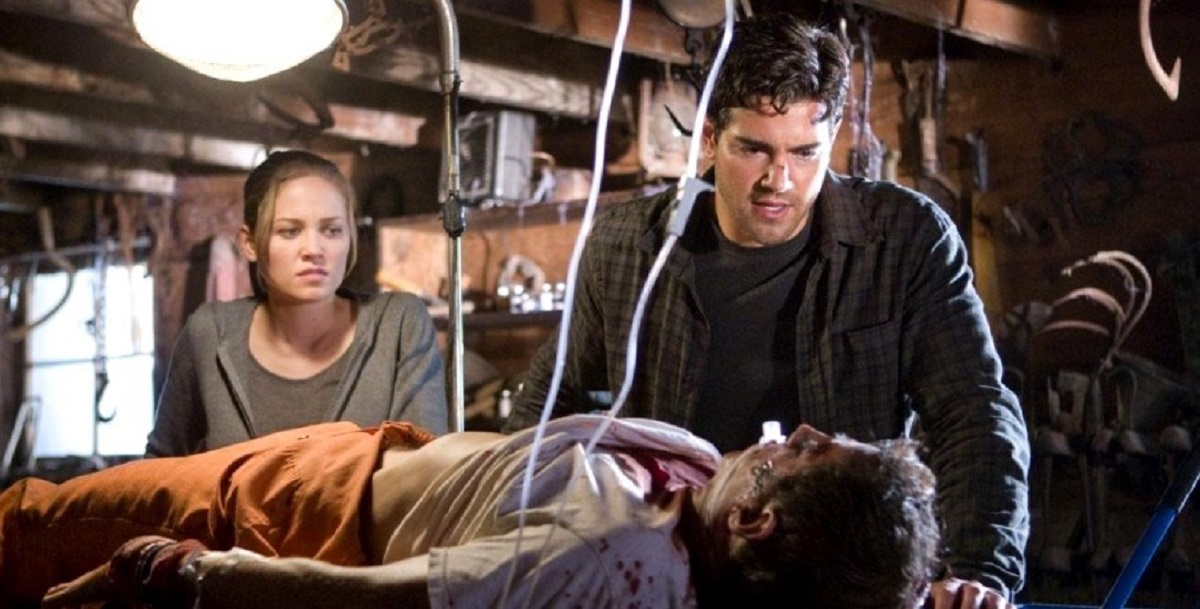 ‘The Tortured’ is a 2010 horror-thriller film that follows the story of an upper-middle-class couple whose life takes a 180-degree turn for the worst when their young son is kidnapped, tortured, and brutally killed by a depraved psychopath. Directed by Robert Lieberman, the film stars Erika Christensen, Bill Moseley, and Jesse Metcalfe in the lead roles. The film reflects on how the grief-stricken couple ironically becomes the very thing they hate and end up doing all the inhumane actions that they’re punishing their son’s killer for. There’s also a good amount of gore for those who like their horror films bloody. Curious to know more about the plot of ‘The Tortured’ and where you can stream it? Here’s everything you need to know.

What is The Tortured About?

A couple’s picture-perfect life is shattered when their six-year-old son is kidnapped, tortured, and killed by a psychopathic killer. When their child’s murderer gets a lenient prison sentence because of a plea deal, the distraught husband and wife decide to take matters into their own hands and plot revenge. They kidnap the murderer as he is being transferred to a prison facility and tie him up in a basement, torturing him in painfully inventive ways. Even as unease and guilt weigh heavy on their conscience, memories of their sweet little boy keep them going on down the dark, inhumane path.

Is The Tortured on Netflix?

‘The Tortured’ is not available to stream on Netflix as of now. But interested viewers looking for something similar can check out ‘Would You Rather‘, a film about a financially-struggling woman who takes part in a deadly game hosted by a sadistic millionaire. ‘The Ritual‘ is also a great alternative watch.

Is The Tortured on Hulu?

Is The Tortured on Amazon Prime?

Where To Watch The Tortured Online?

How To Stream The Tortured For Free?

If you’re looking to stream ‘The Tortured’ for free, you can do so by signing up for the 30-day free trial that Showtime offers its first-time subscribers. On Amazon Prime, you can get Showtime free for the first 7 days. We do recommend that our readers pay for the content they are consuming.