Where to Stream The Vault? 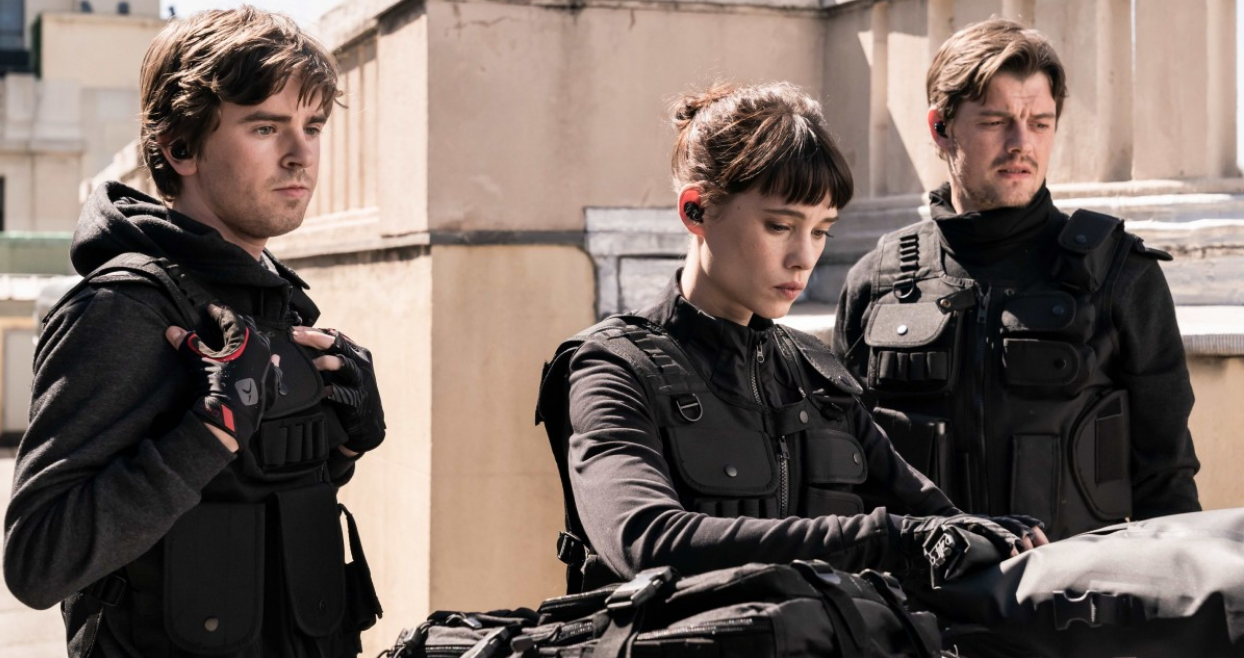 ‘The Vault’ is a heist film that’s directed by Jaume Balagueró. A team of experts, put together by a visionary, sets out to pull off the burglary of a lifetime. ‘The Vault’ has received mixed reviews from the critics, but the movie is a thrilling one-time watch for fans of the heist genre. The high-stakes elements keep you on the edge of your seat and in a nail-biting frenzy as the danger level steadily rises through the film’s progression. The ensemble cast consists of Freddie Highmore, Àstrid Bergès-Frisbey, Sam Riley, Liam Cunningham, Luis Tosar, Axel Stein, José Coronado, and Famke Janssen. Curious to know more about the plot of ‘The Vault’ and where you can stream it? Here’s everything we know.

What is The Vault About?

The story of ‘The Vault’ centers on a high-stakes mission to steal a coveted treasure from the world’s safest vault inside the Bank of Spain. A marine archaeologist discovers and extracts a treasure from an old drowned ship, but the Spanish government takes it under their control and locks it in a vault inside the Bank of Spain. Walter Moreland puts together a team of experts – some of the best minds in the world – to try and break into the bank and seize the treasure from the vault in a daring heist.

Is The Vault on Netflix?

‘The Vault’ is not presently streaming on Netflix. However, Netflix is home to many exciting heist movies, like ‘Den of Thieves,’ in which a gang of skilled bank robbers faces off against an elite unit of LA cops. ‘Triple 9‘ (a group of dirty cops plans a heist after being blackmailed by the Russian mob) is another great alternative pick on Netflix.

Is The Vault on Hulu?

‘The Vault’ is not available to stream on Hulu, but fans of the genre can alternatively watch ‘Point Break‘ (an undercover FBI agent puts everything on the line to catch thrill-seeking surfers who rob banks) and ‘Money Plane‘ (a professional thief must pull off one last heist and rob a futuristic airborne casino in order to save his family’s life).

Is The Vault on Amazon Prime?

‘The Vault’ is currently not streaming on Amazon Prime but may become available on-demand in the future. Fans of heist films can, in the meantime, watch ‘Mad Money‘ (three desperate women make a plan to rob the most secure bank in America) and ‘The Expendables‘ (a team of mercenaries faces off against a ruthless dictator).

Where To Watch The Vault Online?

‘The Vault’ (also known as ‘Way Down’) is available to stream on the following VOD platforms by purchasing or renting the movie – iTunes, Vudu, FandangoNOW, Redbox, Google Play. For theatre tickets and showtimes, you can check here.

How To Stream The Vault For Free?

It’s not possible to stream ‘The Vault’ for free as of now. We will update this space if this changes in the future. We do request that our readers always pay for the content they consume.