Where To Stream Tom & Jerry? 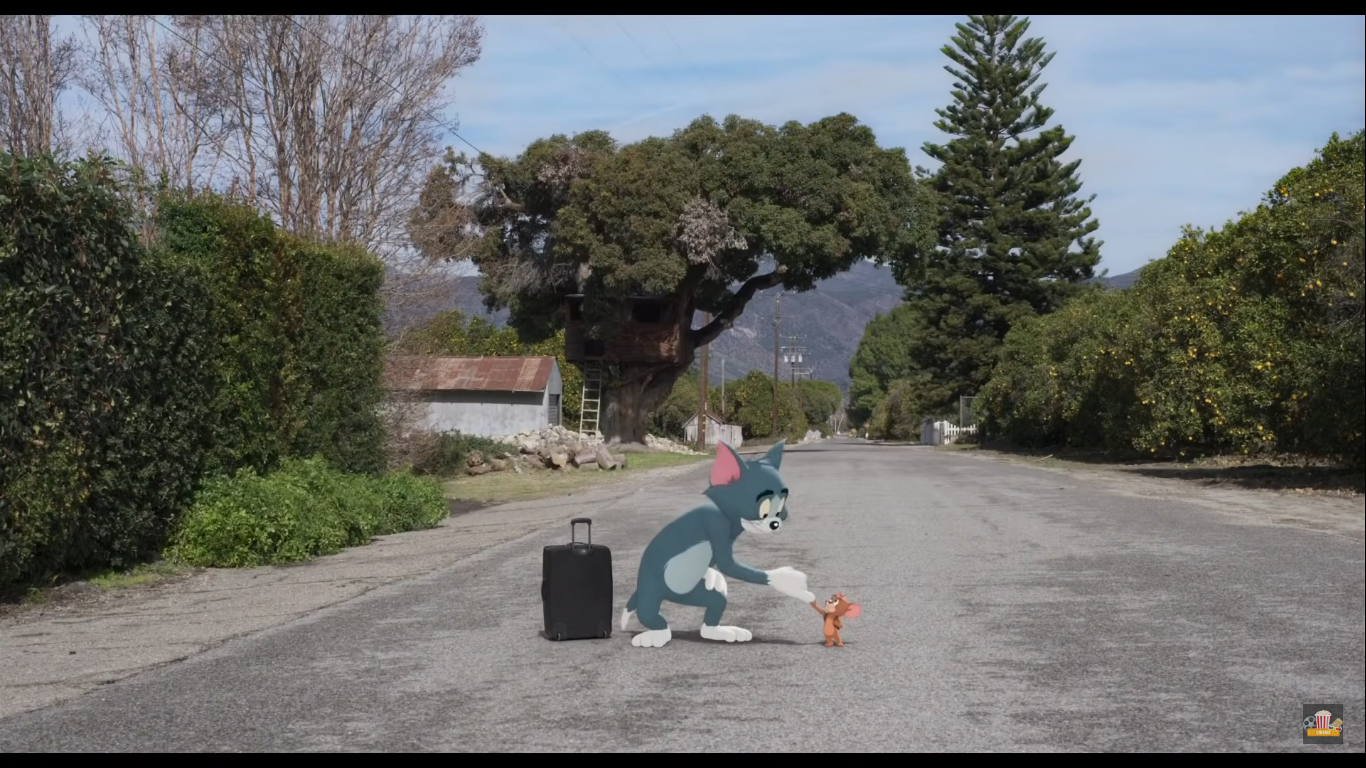 ‘Tom & Jerry: The Movie,’ is a live-action computer-animated slapstick comedy film. The central characters of the film are two of the most beloved cartoon personas of all time, the iconic cat and mouse frenemy duo, Tom and Jerry. The two animals are the original creations of William Hanna and Joseph Barbera. The live-action addition to the franchise is directed by Tim Story and written by Kevin Costello. The live-action ensemble of the film includes Chloë Grace Moretz, Michael Peña, Colin Jost, Rob Delaney, and Ken Jeong, while the special voice effects are lent by William Hanna, Mel Blanc, and June Foray. In case you were wondering where you can watch the film, we have the answers for you.

What is Tom & Jerry About?

‘Tom & Jerry’ follows the all-time favorite cat-mouse duo, Tom and Jerry, as they embark on a journey to start a new life after being kicked out of the owners of the house they lived in. They decide to set their rivalry aside and start new chapters in their own lives as friends. After going separate ways, the two pals meet again in Manhattan, NYC. Jerry has found a residence within the city’s most elite and exquisite hotel, Royal Gate. The hotel is also the epicenter of an upcoming grand wedding. To this end, the manager wants Jerry out of the hotel. His newly employed staff member, Kayla, is burdened with the massive task, and she finds the perfect (or at least that is what she thinks) help, Tom. As the old rivalry between the cat and the mouse ensues, they also come very close to unraveling a conspiracy about the hotel, which ultimately requires them to team up to save Kayla’s job.

Is Tom & Jerry On Netflix?

No, ‘Tom & Jerry is currently not available on Netflix. However, there are similar animated movies and TV shows featuring animated animals on opposing sides. For example, ‘Angry Birds’ (a show based on the beloved video game of the same name revolving around birds who have to constantly protect their eggs from nasty little green pigs) and ‘Kung Fu Panda: Secrets of the Scroll’ (five animal friends must use their Kung Fu skills and act as a team to protect people from perils).

‘Tom & Jerry’ is not yet available on Hulu. In the meantime, you can opt for ‘Pokémon Detective Pikachu,’ a live-action movie about the beloved animated character Pikachu who has to face several obstacles while solving a mysterious disappearance. Another alternative is ‘Alvin and the Chipmunks: Chipwrecked’, which is a fun sequel in the popular franchise that features adorable singing chipmunks – Alvin, Simon, and Theodore.

Is Tom & Jerry On Amazon Prime?

Unfortunately ‘Tom & Jerry’ is not on Amazon Prime. Interested audience can indulge in ‘Khumba’ (the animated story of a half-striped zebra who goes on an adventure to earn the rest of his stripes and to save his fellow animals) or ‘Thunder And The House Of Magic’ (the story of a cat who finds a mystical new home and teams up with a mouse and a rabbit to save the house).

Where To Watch Tom & Jerry Online?

‘Tom & Jerry’ is available to stream on HBO Max.

How To Stream Tom & Jerry For Free?

As of now, ‘Tom & Jerry’ is only available in theatres and through paid subscriptions on HBO Max. Get your tickets for the movie on Fandango and here.