Where Was Accepted Filmed?

Directed by Steve Pink, ‘Accepted’ is an optimally goofy comedy-drama that will surely take you back to your high school years, although it takes its social message too seriously at times. Set in and around a high school in Wickliffe, Ohio, the film revolves around a street-smart slacker, who, with the help of his motley crew, runs a feigned college in a worn-out place after getting rejected from established universities.

Upon the film’s release, it was met with a mixed reception. While the critics shunned the film for its seemingly weak and improvised script, it still manages to pack enough material to please genre fans. Starring familiar industry names such as Justin Long, Lewis Black, Jonah Hill, and Blake Lively in the lead roles, most of the scenes in the film use the college town of Harmon to showcase its mischievous story. If you are curious to know whether ‘Accepted’ was actually shot in the town, we have your back.

‘Accepted’ was filmed in California and not in the fictitious college town called Harmon in Ohio. Major filming of the production was carried out in mid-2005. Home to a burgeoning amount of productions, California showcases one of the most prolific cinema industries in the whole wide world. Independent and low-budget films spool side by side with blockbuster productions. The film in question had a moderately heavy budget allocated to it, and while the narrative is set in the eastern state of Ohio, the director chose to film on the west coast. Let us now take you to the specific filming locations.

Major sequences of the film were shot in the fairly old township of Orange. Situated in Orange County, the eponymous city features an emblematic Old Town District with houses dating back to the World War era. The fictional Harmon University in Ohio is, in reality, Chapman University, situated at 1 University Drive in Orange, California.

Home to Hollywood, Los Angeles also proved to be an important location for shooting the film. The production crew filmed in and around the City of Angels, but the majority of the action was carried out in Walter Reed Middle School, which gave form to William McKinley High School, where the protagonist Bartleby Gaines is enrolled at the beginning of the film. The school is located at 4525 Irvine Avenue in the locality of North Hollywood in LA, California. 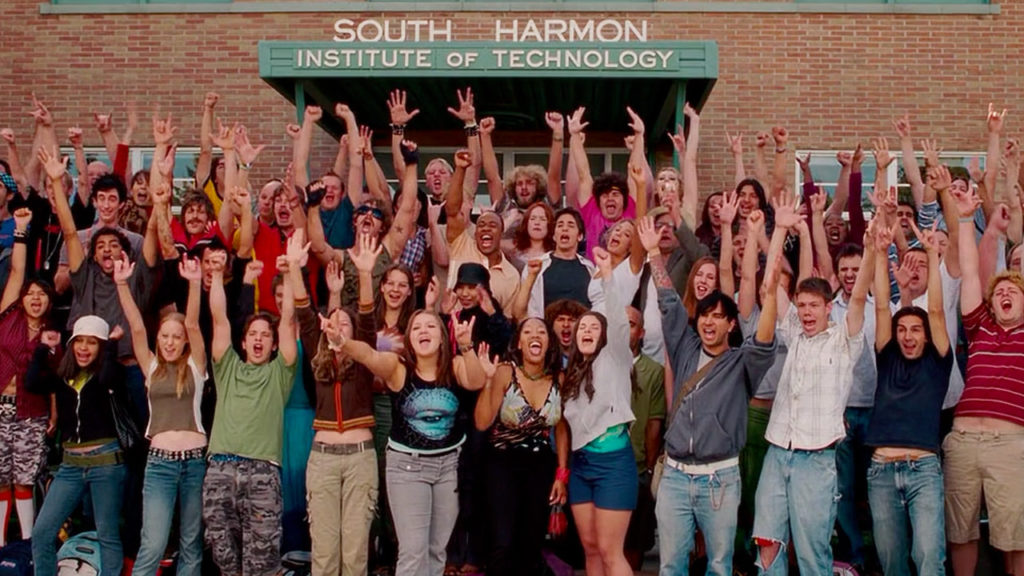 After failing his SAT exam, Gaines conceives the genius idea of opening a college himself. The abandoned psychiatric hospital that he chooses for the college premise is the actual Veterans Hospital, located at 1611 Plummer Street, in the neighborhood of North Hills in Los Angeles, California.