Where Was Air Force One Filmed?

Directed by Wolfgang Petersen, ‘Air Force One’ is a political thriller movie that revolves around President James Marshall, whose personal plane gets hijacked by Russian neo-nationalists/terrorists on his way back home. Just before boarding the titular plane, Marshall ironically has delivered a passionate speech on terrorism and his no-tolerance policy on the matter.

Now, with the future of America and his family in his hands, the Medal of Honor recipient must make a decision that does not contradict his stand on terrorism and also takes into account his personal responsibilities as a father and husband. The action-packed scenes in the thriller movie may catch your attention, and you may wish to learn more about the film’s production. If that is the case, we have got you covered.

The Harrison Ford and Gary Oldman-starrer was filmed in Russia and several American states like California, Ohio, and Washington DC. The production of the thriller movie began on September 16, 1996, and it only concluded on January 17, 1997, after a period of four months. It was made with a budget of $85 million and ended up with a box office collection of $315.2 million. Since the filming was done in so many locations, let’s learn more about them without wasting any more time.

The City of Angels is one of the primary filming locations for the thriller movie. The opening Moscow speech scene where the President talks about his no-tolerance policy on terrorism was actually filmed in The Ebell of Los Angeles situated at 743 South Lucerne Boulevard. Even the Moscow airport scene was shot at Los Angeles International Airport at 1 World Way in Los Angeles. The lawn of the White House was actually recreated in one of the parks of the Southern Californian city. 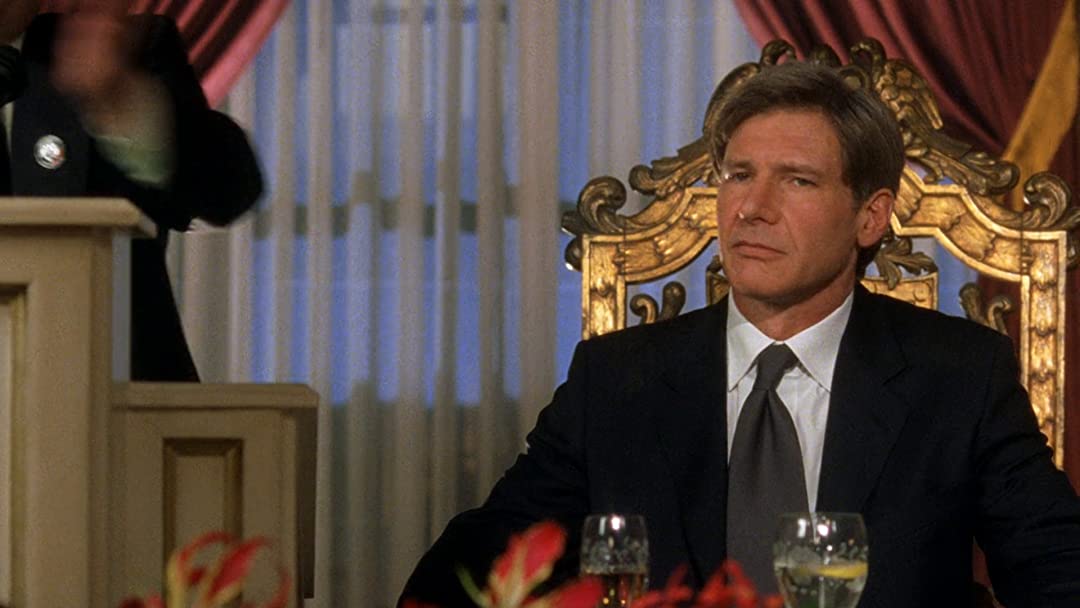 The shooting for ‘Air Force One’ also took place in Culver City. Stage 15 of the Sony Pictures Studios, located at 10202 West Washington Boulevard, was used for capturing some crucial shots in the movie. Several scenes were filmed in Fox Hills Park, Green Valley Circle, and Buckingham Parkway.

The movie was also filmed in Beverly Hills. Some shots were taken in the Greystone Mansion (905 Loma Vista Drive) in Trousdale Estates of Beverly Hills. The eight-island archipelago of the Channel Islands, located in the Pacific ocean, is also one of the filming locations for the movie.

Located in Cuyahoga County, Cleveland is one of many filming locations for the movie. Cuyahoga County Court House at 1 West Lakeside Avenue #202 in Cleveland was used for shooting the scenes for General Radek’s palace. The exterior scenes were filmed at Severance Hall, 11001 Euclid Avenue. The scenes depicting the Presidential Palace were filmed in Case Western Reserve University, situated at 10900 Euclid Avenue.

The neighborhood of University Circle in Cuyahoga County was also used for filming some of the scenes. The historic Ohio State Reformatory or Mansfield Reformatory located on 100 Reformatory Road in Mansfield was used for shooting the Russian prison scene. Rickenbacker International Airport at 7161 2nd Street in Columbus stood in for Ramstein Air Base, Germany.

The Wolfgang Petersen directorial was also filmed in Russia. While almost all of the production took place in the United States, a second team was sent to take some shots of Red Square, located in Kitai-gorod in Tverskoy District, Moscow. They later made up the film’s early sequences and set the tone for the action-packed thriller movie.

The White House, located at 1600 Pennsylvania Avenue North West, Washington DC, can also be seen in the establishing shots taken by the production team for the movie. For the purpose of shooting, the F-15 Eagle aircraft used in the movie was procured from Eglin AFB, Florida.

Before the filming for ‘Air Force One’ began, the crew got an opportunity to have a look at the interiors of the real Air Force One. To film the exterior scenes for the aircraft, they rented a Boeing 747-146.