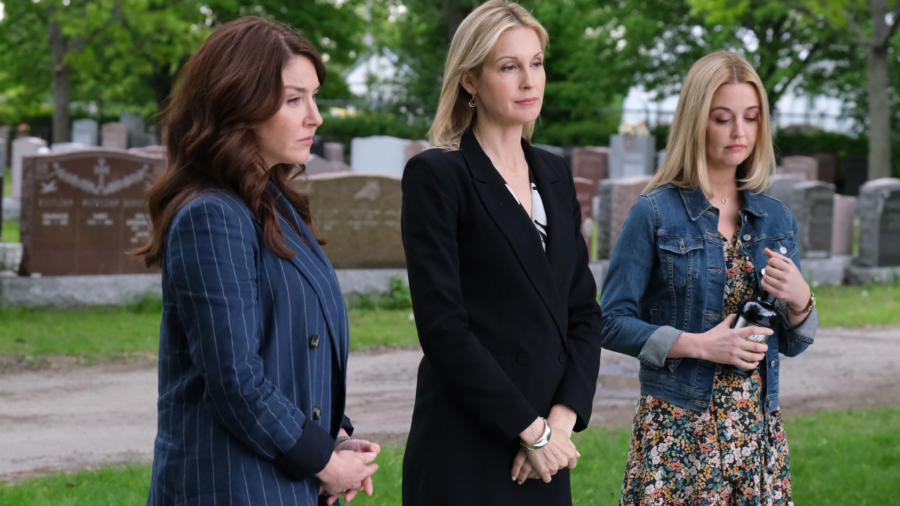 ‘All My Husband’s Wives’ aka ‘Rule of 3’ is a Canadian tv movie that aired on Lifetime. It is about three women, Alison, Cheryl, and Marla, who make a shocking discovery after the death of Alison’s husband. All of them had shared the same man as their spouse, unbeknownst to each other. Giving a dark twist to another similar story, ‘The Other Woman’ (which is more of a comedy), ‘All My Husband’s Wives’ is a racy thriller. When the ambitious, workaholic Alison first meets Dominick, she believes that he is the one. They get married but Alison’s happiness ends on a tragic note when Dom is killed in a car accident. Later, it is revealed that he was murdered and this unfolds several other secrets from his past — the biggest of them being that he is married to two other women.

Starring three actresses as the lead protagonists, ‘All My Husband’s Wives’ was filmed mostly in Canada. Read on to get some more details on the film’s cast and shooting locations.

All My Husband’s Wives Cast

Erin Karpluk plays the role of Alison, the lead protagonist. The Canadian actress is renowned for playing the titular character of Erica in ‘Being Erica’. She has also starred in ‘Reasonable Doubt’ and ‘Delete’. In 2009, Erin won the Gemini Award for Best Performance by an Actress in a Continuing Leading Dramatic Role for her role of Erica. She has additionally starred in an episode of ‘9-1-1 Lone Star’.

Joining her is ‘Gossip Girl’ alum Kelly Rutherford as Cheryl Volberg, one of Dominick’s wives. Kelly is an American actress who is widely recognized for her television roles such as Stephanie “Sam” Whitmore in ‘Generations’ and Megan Lewis in ‘Melrose Place’. Kate Corbettthe enacts the role of Marla Mitchell, Dominick’s third wife. Her notable film credits include ‘The Steps’, ‘Empire of Dirt’, and ‘The Animal Project’. The Canadian actress has made appearances in multiple tv shows as well like ‘Good Witch’, ‘Fargo’, ‘Lost Girl’, and ‘The L.A. Complex’, among others. Trevor Hayes stars as Dominick Whitford.

All My Husband’s Wives Filming Locations

‘Rule of 3’ was primarily filmed in and around Montreal in the Canadian province of Quebec. The locations are scattered both in Old and New Montreal. Star Erin Karpluk posted several pictures from the sets during the shooting of the movie. Here’s a post from her Instagram handle, detailing one of the scenes from the flick. She captioned it as follows: “The ladies of #ruleof3 ☔️☔️☔️On s’amuse! Trying to work on my French, our crew is the best for me trying… and failing. ? #Day7 #montreal ? I am the brunette with the bottle of scotch just to be clear. ? #parapluie.”

And here is another one after the crew wrapped up shooting in August 2019. Erin thanked her team in the post, saying: “That’s a wrap!!! Thanks so much @robindunne our fearless (and insanely funny & patient & awesome) director & our incredible cast’n’crew! Can’t wait for y’all to see it! @damonrun @nellysrose thanks for all the shenanigans! ❤️??”

You can also check out this post where Erin expresses her enthusiasm upon the film’s release on Crave. She said: “Now available on @cravecanada So much fun shooting this in Montréal with the lovely @kellyrutherford & @katepenney @jorisjarsky ?????? Great quarantine watching #whodoneit.”

Read More: Where Was The Woods Filmed?