Where Did Batwoman Filming Take Place? 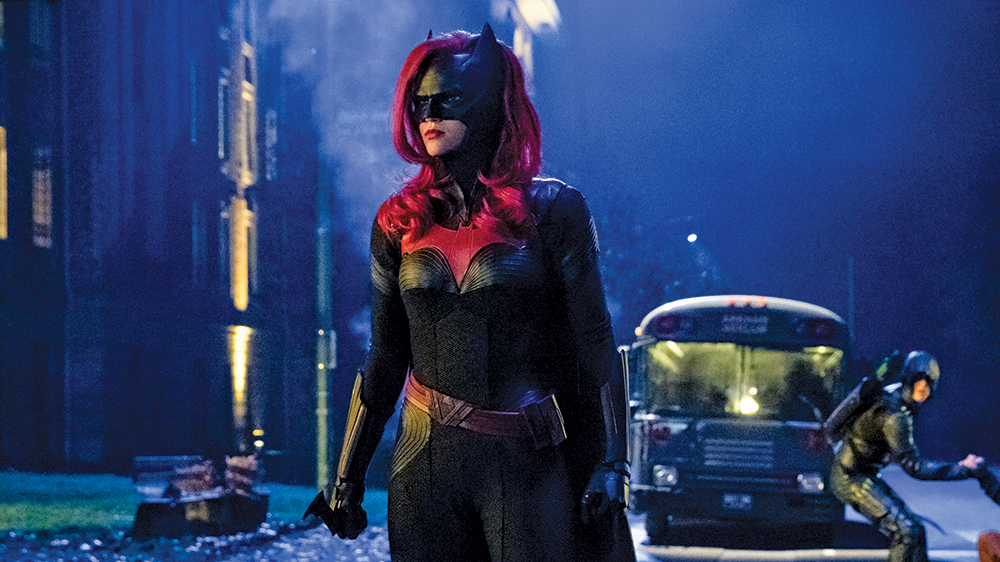 ‘Batwoman’ is not just another show set in the ‘Arrowverse’ but also a progressive addition to the superhero genre. For starters, it stars an actress belonging to the LGBTQ community playing the lead character, Ruby Rose. The show is set three years after the disappearance of Bruce Wayne a.k.a. Batman and follows his cousin, Kate Kane. Kane is shown battling her inner demons in a quest to become a vigilante and symbol of hope for the city of Gotham.

Where Is Batwoman Filmed?

Like several shows set in the ‘Arrowverse,’ ‘Batwoman’ is set in a fictional city. The city of Gotham serves to be the home of the titular superhero much like the vigilante’s cousin, Batman. Many fans might be wondering how the city was recreated for the show and what actual locations were used to film scenes set in Gotham. Well, read on.

Batwoman filming downtown, I love when I walk next to those sets, that’s the dream!! @yvrshoots @WhatsFilming pic.twitter.com/WVFKpRSSpL

Like most shows set in the ‘Arrowverse,’ a large chunk of ‘Batwoman’ was filmed in the region of British Columbia in Canada. The Canadian government provides lucrative tax credits for productions filming in the country and this is the principal reason behind the ‘Arrowverse’ shows deciding to film in Canada. The fact that places in Canada look extremely similar to places in the United States is also one of the reasons for several Hollywood movies and TV shows filming in the country.

Apart from filming in Vancouver, there are more specific similarities. The most striking one is the usage of Riverview Hospital. The mental hospital in Coquitlam, British Columbia was closed in 2012, and since then, has been used as a filming location for a large number of productions. In ‘Batwoman,’ it was used to film scenes set in Point Rock Academy in the seventh episode of the first season.

Furthermore, Vancouver Art Gallery doubles up as Gotham Art Museum in multiple episodes on the show. For instance, it was seen in the pilot episode of the show apart from the fourth one in the first season.

Next, Cathedral Square in Vancouver doubles up as Robinson Park, as seen in the pilot episode. The Burnaby City Hall in Burnaby, British Columbia is passed off Gotham University. Furthermore, the MNP tower in Vancouver is depicted as Elliot Tower. The event venue in Vancouver, The Permanent is shown as a jewelry store in the fourth episode of the first season.

Next, the Vancouver Club was passed off as the Museum of Antiquities. Some of the other places in British Columbia where filming for ‘Batwoman’ took place include East Hastings Street, West Hastings Street, Rogers Sugar Mill, Burnaby Fraser Foreshore Park, Brownsville Pub and RV Park in Surrey, E-One Moli Energy, Arch Alley, Century House, The Orpheum, City Centre Motor Hotel, The Ironworks and Marine Building.

Several scenes in ‘Batwoman’ are filmed in the city of Chicago. The city has often doubled up as Gotham, most prominently in ‘The Dark Knight.’ This is because the city of Chicago was the inspiration behind the creation of the fictional city of Gotham in the original DC comic books.

Perhaps the most fitting allusion to the city of Chicago in ‘Batwoman’ is its portrayal of the Wayne Enterprises Building. On the show, the actual place whose exteriors are passed off as those of Wayne Enterprises is the Chicago Board of Trade Building. Moreover, the headquarters of the fictional security force of Gotham, The Crows are also filmed using an actual building in Chicago. The office building at 333 West Wacker Drive is what doubles up as The Crows headquarter. The building is notable for its reflection of the Chicago River.

Moreover, the Jackson Street Bridge also served to be a filming location for one of the episodes of ‘Batwoman.’ The bridge is known for its offering of a picturesque view of Chicago’s skyline. Furthermore, the Chicago Cultural Centre doubles up as the Gotham City Gazette building, as seen in the third episode of the first season. Some of the other locations in the city which were used for filming include South LaSalle Street and Congress Plaza Garden.

Read More: Where is The Dark Knight Filmed?