Where Was Blackhat Filmed? 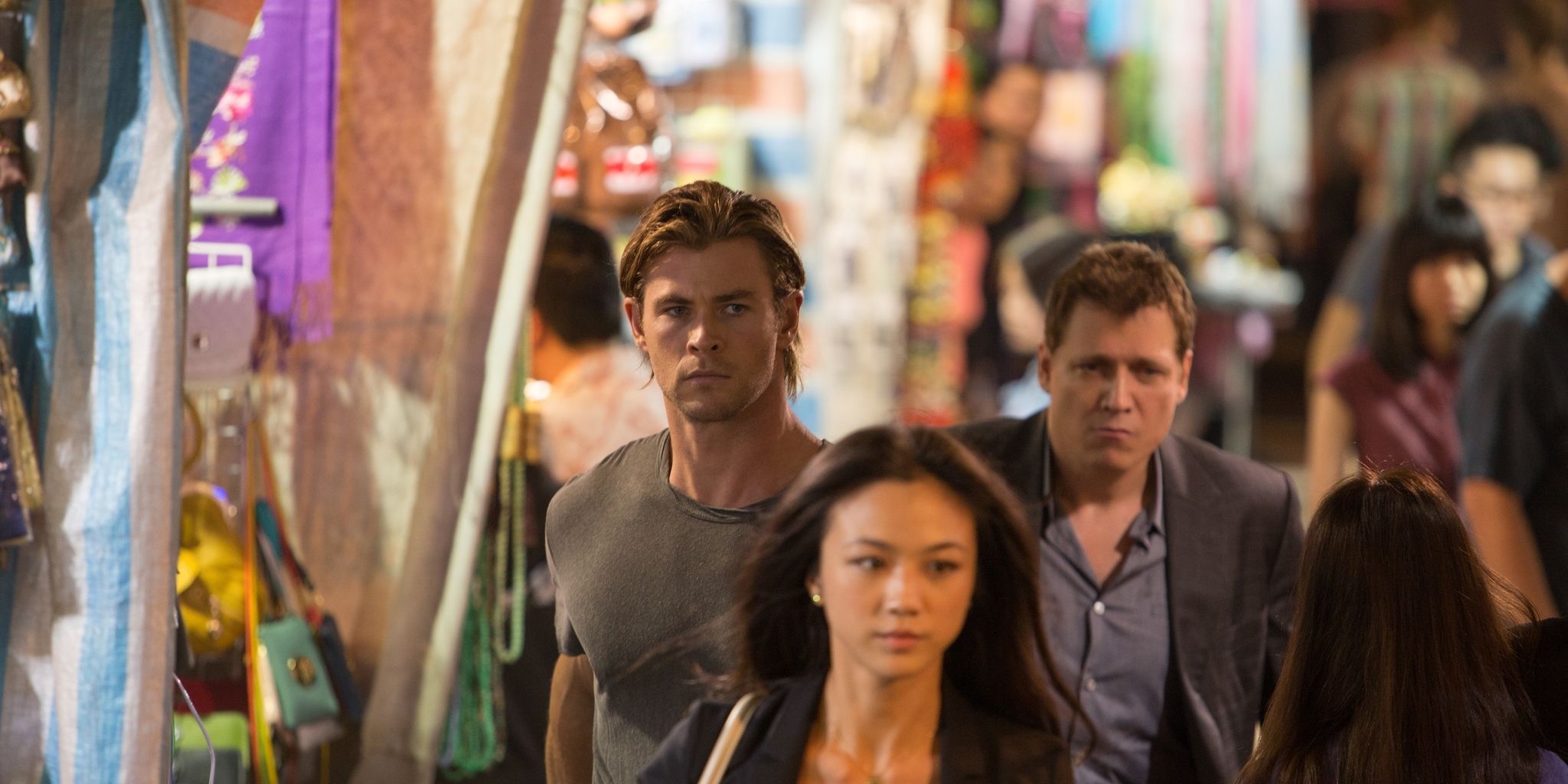 Directed by Michael Mann, ‘Blackhat’ is a thriller movie about a major cyber hack that plagues a big establishment in Chicago and Hong Kong. As a result, convicted hacker Nick is called upon to help with the investigation. The decision to release him is made by the leader of the Chinese team Chen Dawai after the FBI joins forces with China to resolve the case. Starring Chris Hemsworth in the lead, the film boasts terrific action sequences accentuated by spectacular locations that seem too exquisite to be only shot within the country. If you’re curious to know about its filming locations, we have your back!

‘Blackhat’ was extensively filmed over multiple locations within California, Hong Kong, Malaysia, and Indonesia. The production team visited exotic places in the aforementioned locations to make the movie more distinctive and memorable. Tentatively titled ‘Cyber,’ the filming commenced on May 17, 2013, and concluded after a few months. Let’s get into more details!

The film was shot in Los Angeles, which is one of the world’s top tourist spots for its beauty and glamor. A few outdoor scenes took place over popular streets within the city. The crew rolled their cameras at the intersection of Wilshire Boulevard and Alexander Avenue. Besides that, 515 South Flower Street also served as a filming site.

Another noticeable spot is 6 Street & Catalina Street that appears in the film. The JW Marriott Los Angeles L.A. LIVE located at 900 West Olympic Boulevard also appears in the film. It is a 4-star hotel replete with luxury and extravaganza embellished by the L.A. LIVE area, which is a collection of stadiums, open-air plazas, and theaters.

The movie was also shot in Indonesia, a country known for its culture and beliefs. The Indonesian archipelago is a storehouse of coveted treasures associated with its culture, landscapes, and cities. Tourists love the prospect of adventure that the region offers. It has almost 13,500 islands that house ancient temples, active volcanoes, and deepsea diving.

Several scenes in the film were shot in Jakarta, the capital city of Indonesia, which is usually bustling with life, unlike the villages in Tana Toraja or the serenity of Bali. At one instance, the Balinese Nyepi Day parade was recreated at Banteng Square. Also known as Lapangan Banteng, the square is locked in the pages of history as a significant area that was previously named Weltevreden. The West Irian Liberation Monument, located within the square, is also one of the filming spots. It is essentially a postwar modernist monument that stands tall at the center of the square.

A good portion of the movie revolves around the Chinese government, and a few scenes in the movie were actually filmed in China. The team set up the production in Hong Kong, where the Tsuen Wan Drainage Tunnel appears in the chase sequence with Elias Kassar. The Woo Sung Street in Kowloon is where filming took place during the night. The bank scenes were lensed at the Hang Seng Bank, located in Quarry Bay. The Ningpo Street also served as the backdrop of a few scenes.

The shots taken in Malaysia beautifully capture the country’s coastal landscape and multiculturalism. The locations that feature in the film include Kuala Lumpur, Perak, and Selangor. Kuala Lumpur is famous all over the world for its significant structures, including Petronas Twin Towers, Petaling Street flea market, and the ancient Batu Caves.

Klang is a royal city that lies within the eponymous district in Selangor and is one of the most historically significant places in the country. Perak is located in the northwestern area and is known for the diversity in its culture. In Perak, the production team shot several scenes in the city of Ipoh and the resort island of Pulau Pangkor in Manjung District.