Where Was Blithe Spirit Filmed?

Directed by Edward Hall, ‘Blithe Spirit’ is a British comedy-fantasy film that is based on the eponymous 1941 play by Noël Coward. Adapted for the screen by Nick Moorcroft, Meg Leonard, and Piers Ashworth, the film follows Charles Condomine, a best-selling crime novelist who strives to overcome writer’s block but to no avail. No matter how much he tries, he is unable to finish the screenplay that he is writing. His wife, Ruth, tries her best to ensure that Charles is in the right state of mind for his work, but none of their efforts appear to make any difference.

Desperate to find a solution, the couple seeks help from a spiritualist medium with the hope that she can help Charles overcome the writer’s block. Ruth holds a séance for Charles but accidentally summons his deceased wife. Now, Charles is in a spot as he has to deal with her ex-wife and his current wife of five years together. As the story progresses, their complex love triangle becomes absurd and comical, making for an entertaining watch. If you are wondering where it might have been filmed, you have come to the right place. Here’s everything you need to know! 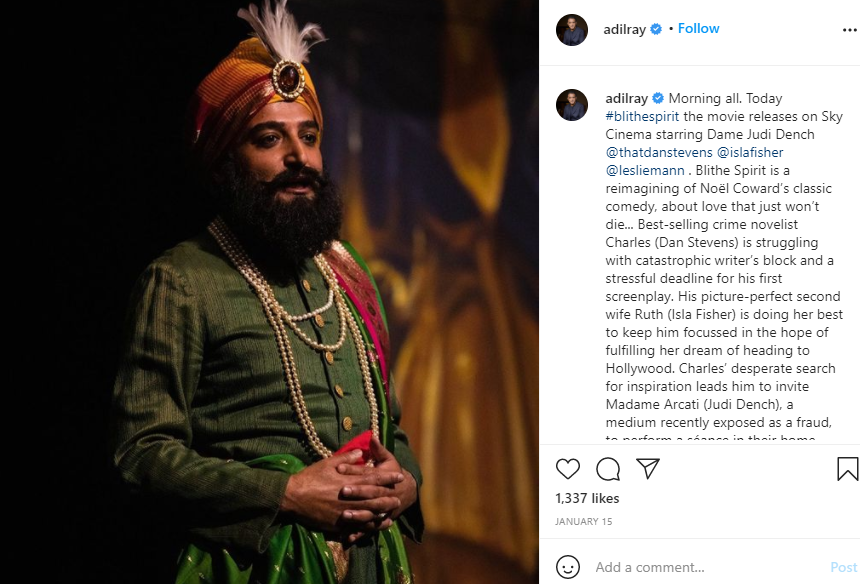 As one of the financial and cultural capitals of the world, London has a global influence on arts, fashion, commerce, and entertainment. ‘Blithe Spirit’ was partly filmed in two important locations in London – Richmond Theatre and Blythe House. Opened in 1899, the Richmond Theatre has been around for more than a century and has a rich theatre history.

On the other hand, Blythe House has been used as storage for Victoria and Albert Museum. Located at 23 Blythe Road, West Kensington, the grand building was used to film several exterior and interior scenes in the film. Over the years, several well-known blockbuster films have been shot in the city of London.

Apart from London, ‘Blithe Spirit’ was also filmed in Surrey for nearly two months. The movie was shot in Joldwynds, a modernist-style building in Holmbury St Mary, that served as the house of the protagonist, Charles Condomine. Located in the southeastern part of England, Surrey has been an important shooting location for several films in the past. Although it is not as famous as London, movies like ‘The Gladiator’, ‘Emma’, ‘The Holiday’, ‘I Want Candy’ were all filmed in the county.