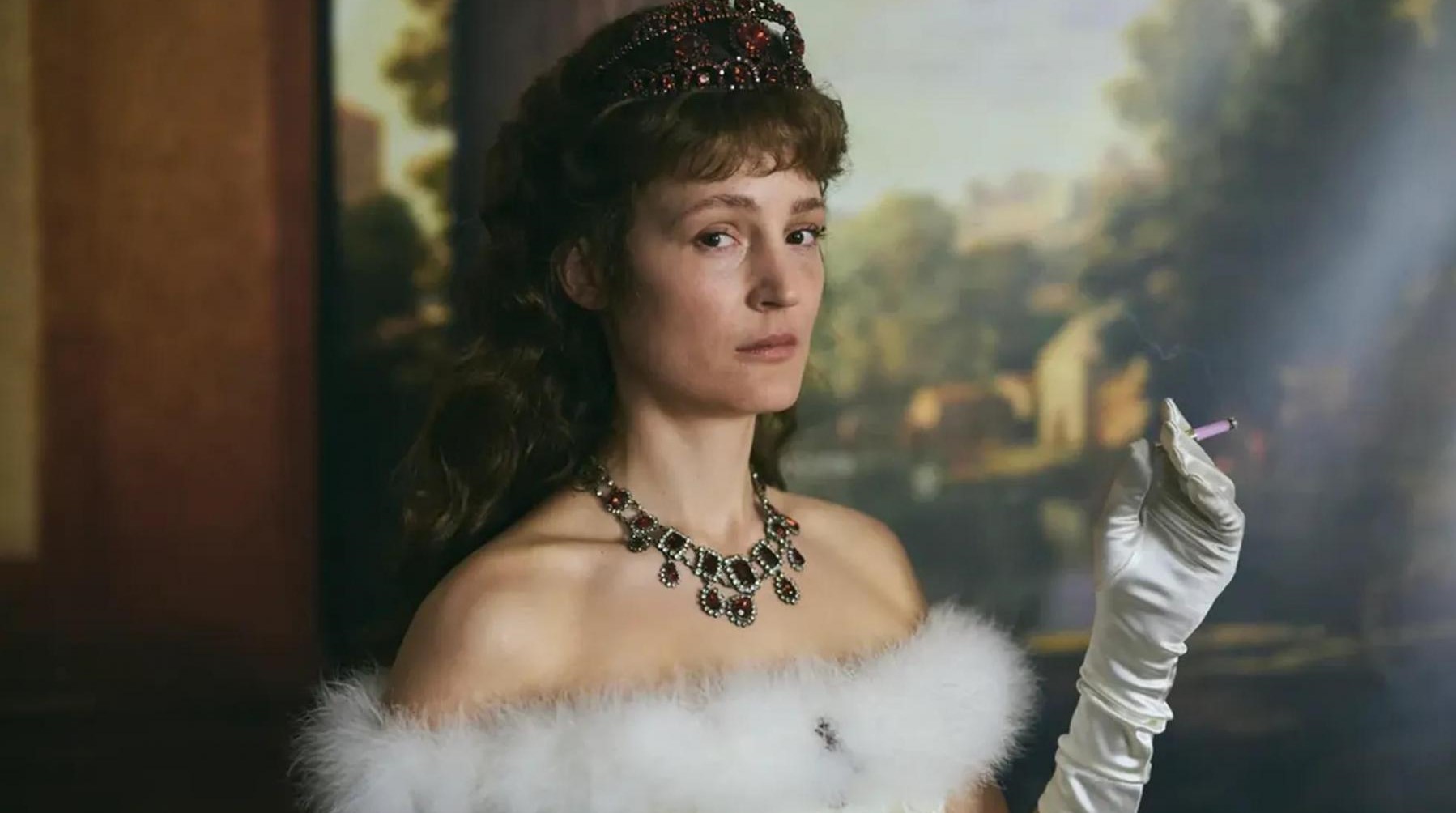 Written and directed by Marie Kreutzer, ‘Corsage’ is a multi-linguistic historical drama movie that is a partly fictional, partly biographical account of the life of Empress Elisabeth of Austria. Set in the late 1870s, the narrative follows Elizabeth who starts acting out of her character as her 40th birthday approaches. She spends a lot of time looking after her appearance and has always been idolized for her beauty. However, when she turns 40, she is officially given the label of an old woman.

Not used to such comments, Empress Elizabeth begins to do her best to maintain her image in the eye of the public. In order to reconcile with her long-gone youthful days and get a taste of excitement, she reunites with her former lovers and old friends. While the dramatic narrative keeps the viewers hooked on the movie from the beginning to the end, the setting of the 19th century against the backdrop of several interesting locations makes one curious about the actual filming sites of ‘Corsage.’ If you have been scratching your head about the same, we have got you covered!

‘Corsage’ was filmed in Austria, Luxembourg, Belgium, France, and Italy, particularly in Vienna, Lower Austria, Schifflange, Virton, Metz, and Ancona. As per reports, the principal photography for the Vicky Krieps starrer commenced in early March 2021 and wrapped up in July of the same year. In a June 2022 conversation with AFCinema, cinematographer Judith Kaufmann elaborated on the production process. She said, “Filming took place in two parts to take advantage of the seasons and reflect the passage of time in the story.”

Kaufmann added, “We started filming in Austria, between the winter and spring of 2021, and resumed that summer in Luxembourg, France, and Italy for the conclusion. Thirty-six days of filming in all, with a dizzying number of different locations. Several castles figure amongst the most emblematic locations in the film. Filming there was highly regulated, and it was often very difficult to obtain the necessary permits to do anything from a technical standpoint.” Now, let’s go back to the 19th century and learn all about the specific sites that appear in the period drama!

Several important scenes for ‘Corsage’ were lensed in Vienna, the capital, largest, and most populous city in Austria. The Hofburg in the center of Vienna and Schönbrunn Palace at Schönbrunner Schloßstraße 47 are a couple of palaces where many key scenes for the movie were recorded. In mid-June 2021, the cast and crew were spotted taping a few exterior portions around Maria-Theresien-Platz at Burgring 5 in Vienna.

For shooting purposes, the production team of ‘Corsage’ also traveled to Lower Austria, the second most populous state in Austria, situated in the northeastern part of the nation. They seemingly utilized the premise of Schloss Eckartsau at Schloß 1 in the town of Eckartsau in Lower Austria’s Gänserndorf district. In the 18th century, Schloss Eckartsau was acquired by Emperor Franz I, husband of Maria Theresa. Despite being centuries old, the rooms in the castle still give the visitors a sense of luxury and of the joy of the past times. Moreover, a few scenes were supposedly shot in the town of Prigglitz as well.

A few portions of ‘Corsage’ were also taped in Schifflange, a commune and town located in the southwestern part of Luxembourg. Schifflange was established back in 1876 after being detached from Esch-Sur-Alzette. As per reports, the filming unit set up camp at some beautiful castles in and around the town to record on-location scenes for the film.

Virton, a city and municipality in Belgium’s province of Luxembourg, served as a vital production location for ‘Corsage’ as well. In particular, the production team utilized the premise of Château de Laclaireau at Rue de la 7ème Divison Française in Virton to film several important scenes for the movie. Constructed between 1852 and 1855 on the initiative of Count Camille de Briey, Château de Laclaireau was a residential castle where many high-class people resided. The additional two wings were added around 1877.

Additional portions of ‘Corsage’ were lensed in Metz, a city in northeast France situated near the tripoint along the junction of France, Germany, and Luxembourg. The filming unit reportedly shot several key scenes in and around a villa within the city. Metz is home to a number of museums and exhibition halls, including the Centre Pompidou-Metz, Saint Stephen’s Cathedral, the Museum of Metz, and the FRAC Lorraine, to name a few.

During the later stages of shooting, the cast and crew members reportedly stopped by Ancona, a city and seaport located in central Italy, to tape a few pivotal sequences for ‘Corsage.’ To be specific, Porto di Ancona – area Fincantieri at Lungomare Vanvitelli, 80, in Ancona served as the primary production location in the city.

Read More: Is Corsage Based on a True Story?