Where Was Cosmic Sin Filmed?

‘Cosmic Sin’ is a science fiction film set in the year 2524, four hundred years after humanity takes the first step to colonize other planets when a hostile alien fleet attacks some soldiers on a remote planet. As the threat for an inevitable interstellar war looms large, Retired Military General James Ford (Bruce Willis) is summoned to take charge of the situation along with General Eron Ryle (Frank Grillo) before it’s too late.

The fascinating cinematography, production design, and incredible fight scenes with futuristic weapons are sure to make anyone curious about the places where ‘Cosmic Sin’ was shot. If you are wondering about the filming locations, you have come to the right place. Here’s everything you need to know!

‘Cosmic Sin’ was filmed entirely in Georgia, with production wrapping up in March 2020, just days before the pandemic disrupted the global film and TV production, along with everything else in the world. The southeastern U.S state has some of the most beautiful coastal beaches, mountains, and farmlands, which offer picturesque locations for filming. More than seven hundred television shows and movies have been filmed in the state since 1972. 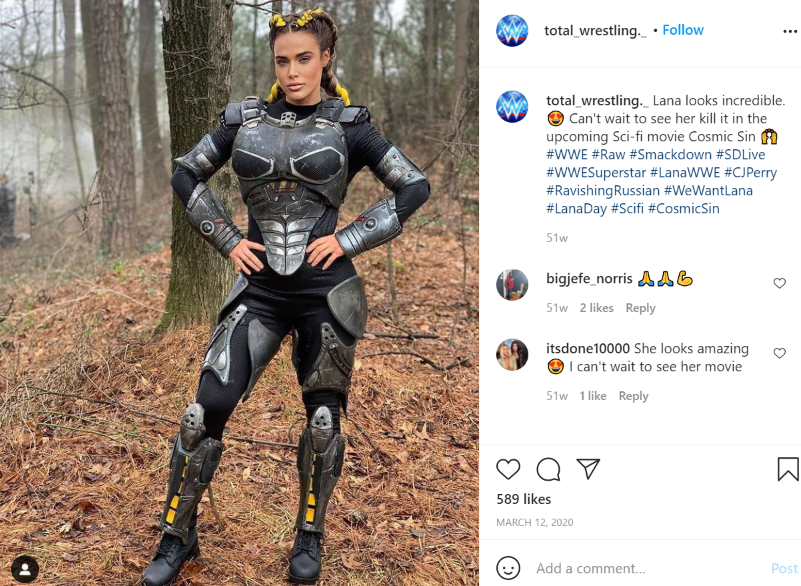 Some of the well-known films and TV shows that were shot in Georgia include ‘The Vampire Diaries,’ ‘Stranger Things,’ ‘The Walking Dead,’ ‘Captain America: Civil War,’ ‘Forrest Gump,’ and ‘Black Panther.’ The shooting for the film was limited to two of the most sought-after filming locations in Georgia. Let’s have a look at them.

The movie was filmed primarily in Atlanta, Georgia, which is also referred to as the Hollywood of the South. Located in the foothills of the Appalachian Mountains, the city is a crucial international air transportation hub, with its Hartsfield–Jackson Atlanta International Airport being one of the busiest airports in the world by passenger traffic. Eric Buarque, who serves as Bruce Wilis’ double in the film, shared a photo from the movie set in Atlanta on Instagram. 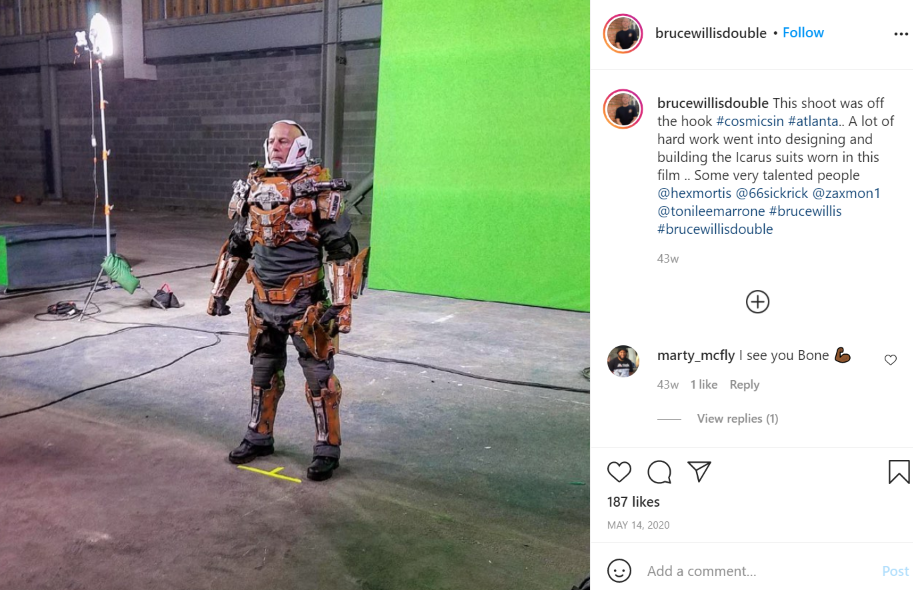 The state also offers a tax credit of 20% for television and film investments that invest $500,000 or more on production and post-production in the region. If we couple that with the highly-skilled artists and technicians, favorable weather conditions, and wide-ranging filming spots the city provides, it is not surprising that Atlanta is one of the most sought-after filming locations in America.

‘Cosmic Sin’ was also filmed in Norcross, Georgia. Numerous scenes in the movie were shot in this quaint western city in Gwinnett County. It also served as a filming site for the fantasy drama series ‘Resurrection.’ Moreover, during the COVID-19 pandemic, ‘All Elite Wrestling’ set base in the city to film most of their episodes in an undisclosed gym. Actor Christian Hicks who plays the role of one of the Alliance Soldiers in the film, shared a photo while filming for the movie in Jimmy Carter Boulevard in Norcross, Georgia. 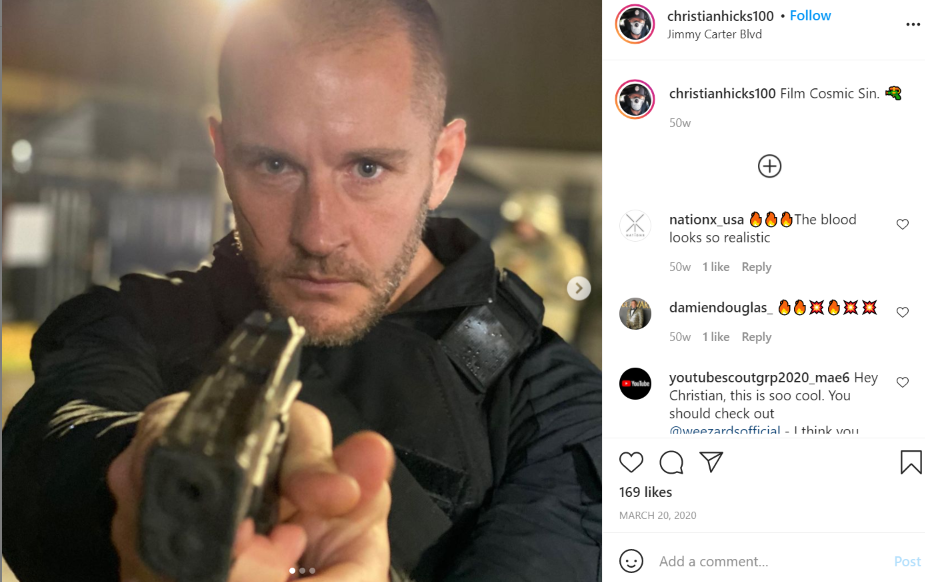