Where Was ‘Edward Scissorhands’ Filmed? 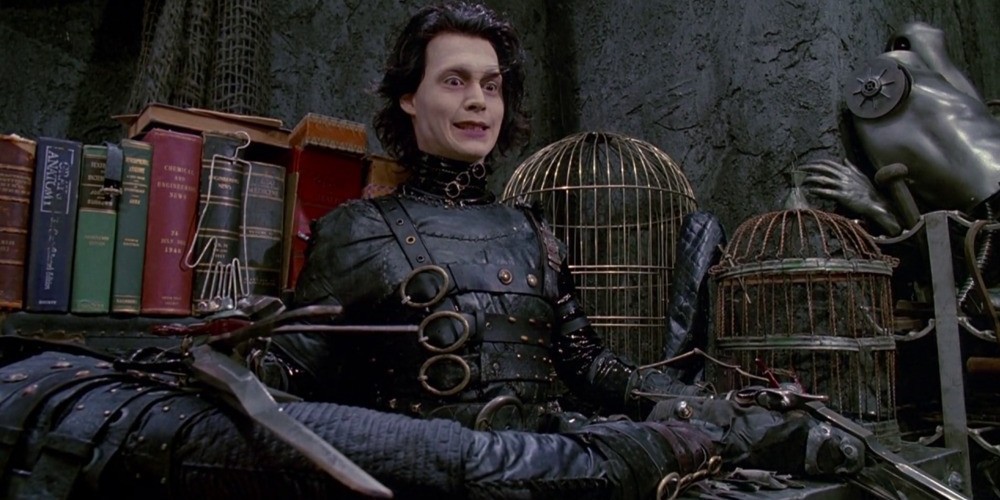 Edward Scissorhands released 30 years ago (let that sink in) and is today regarded as a cult classic. Interesting fact: Johnny Depp only has 169 words to say in the movie, the rest is all his expressive eyes and amazing acting. Depp was a newbie at the time when then-teenage director Burtin was looking for his Edward. While Fox, the distributing company, was insistent on casting Tom Cruise, Burtin, on the other hand, must have met a dozen high-profile actors like Tom Hanks, Robert Downey Jr., Gary Oldman, etc. before finalizing on the then-newbie Johnny Depp. Since then, Burtin-Depp collaboration has given the audience some brilliant but uncomfortably dark movies like ‘Ed Wood’, ‘Corpse Bride’, ‘Chocolate Factory’ and more.

Edward Scissorhands is an uncommon man with hands made up of blades and scissors. His inventor (Vincent Price) dies before attaching real hands to Edward, thus, keeping him always incomplete. Edward tries living a normal life, but after a set of unfortunate incidents that also involved a murder, he realizes he is not meant for the normal world. 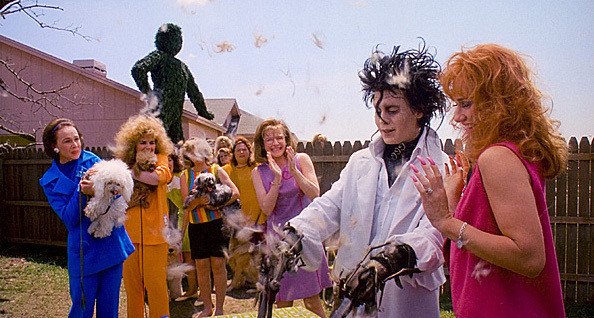 The suburban location has played a very crucial role in the movie. From the color of the houses to the families living in them, everything contributes to look and feel of the movie immensely. The contrast between Edward’s dark mansion and the weirdly colorful suburban streets is beautifully portrayed in the movie. So much so that, if you alter the background of the movie, you are going to take entire life out of it. Let us check out where the film was actually shot.

Tim Burtin chose Florida as the location for his movie for its clear blue sky. Initially, Burbank, California was being considered. It could have given the right look of the suburban neighborhood, but Burtin knew that his birthplace has changed significantly over the years and has lost the authentic suburban essence.

Tinsmith Circle is a subdivision of the town Lutz, in Tampa Bay Area of Florida. Tinsmith Circle was relatively new when the film began its shooting. The place is huge, literally, but only a small section of the neighborhood is actually shown in the movie. The makers wanted the neighborhood to look plain, dull and boring. The reason may have been that the movie is displayed from the eyes of an isolated Edward. Hence, to make the houses look even more characterless, they were painted in pastel shades of sea-foam green, dirty blue, butter and dirty flesh. Even the sizes of the windows were reduced to make everything look disoriented.

Most of the movie scenes are shot at Tinsmith Circle and only a handful of houses are highlighted. Even the outdoor scenes, where Edward makes ice-sculptures and showcases his topiary and barbering skills, are all filmed here. The houses, however, were stored back to their original form once the shooting was complete.

In the movie, after the neighborhood is impressed with Edward’s topiary and trimming skills, he is offered help by Joyce, a friendly neighbor, to open his own hair salon. In the following scenes, Edward visits Southgate Shopping Center at Lakeland, Florida.

In one of the scenes, Edward sees Kim and her boyfriend at the Shopping Center. If you look closely, you will find the shops named ‘Marshall Jeweler’ and ‘Hallmark’ and guess what? You can still find these shops at the Southgate. The scene where Joyce tries to seduce Edward is also shot here in one of the shops. During the movie, of course, the store is full of hair salon equipment but, that is not the case in the present.

The castle plays a very important role in the movie. It is where Edward has lived and has a dark gothic touch that really is the prime forte of Tim Burtin.

In the first scene, when Peg looks at the mansion in the side mirror of her car, the mansion is actually fake. It is just a model created by the crew and positioned at the right distance. Even in the movie, the castle shown at the end of the street is not real. But, it does not mean that there was no castle. The crew did build a castle at the exteriors of Dade City and dug a big hole near it for the cameras. The elevated look at the castle made it look even more gloomy and dark. The insides of the castle, however, were shot in Fox Studio’s sound stage at Century City California.

It means, that when Peg visits the castle for the first time, it is actually there. But, the scenes where she meets him for the first time, where The Inventor dies, where Kim confesses her love and where Edward kills Jim, are all shot at the Fox Studio.

The three months shooting schedule of Edward Scissorhands injected almost $4 million into the economy of Tampa Bay. It truly is a wonderful place to visit and you’d love to see how much it has changed in the last 3 decades.