Where was Ex Machina Filmed? Where is the House Located? 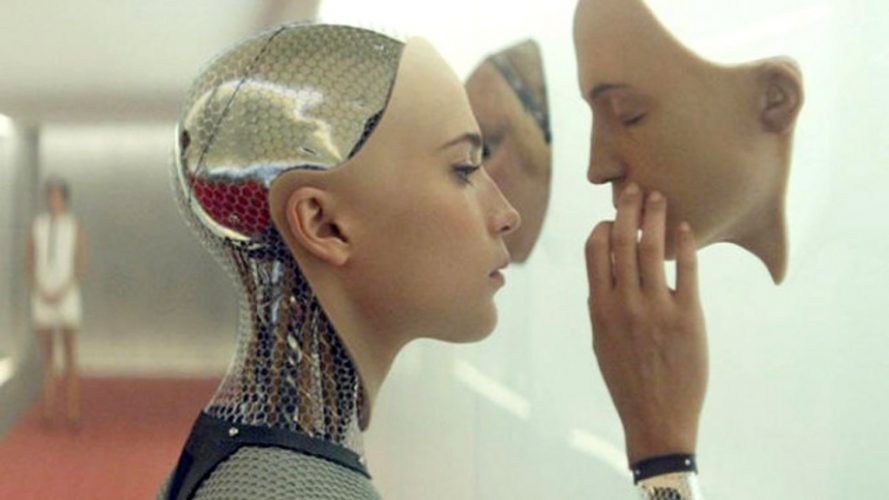 Director Alex Garland’s ‘Ex Machina’ investigates the power dynamics arising between a new sentient AI and the humans she interacts with. The science-fiction movie follows Caleb Smith, a programmer at high-tech company Blue Book, as he gets a once-in-a-lifetime opportunity to visit the home of the company’s CEO Nathan Bateman. There, Nathan introduces him to a highly intelligent female robot he has built named Ava. Nathan sets the task to Caleb to find out if Ava really is capable of independent thoughts and actions.

Garland’s directorial debut is a fascinating study of the limits and dangers of Artificial Intelligence. Most of the movie takes place in Nathan’s luxurious house, outfitted with high-end technology but secluded from the rest of the world. Therefore, it is natural for fans of the film to be interested in knowing about where ‘Ex Machina’ was filmed. Here’s what we have gathered.

Although the film is mostly set in Nathan’s swanky hideaway in the Alaskan wilderness, it wasn’t shot in The Last Frontier. ‘Ex Machina’ was filmed in Norway and the United Kingdom. Principal photography for the movie commenced on July 15, 2013, and carried on for a few weeks concluding in September 2013. Here are the details of the specific locations where the science-fiction movie was shot!

Valldal or Valldalen is a valley located in the Møre og Romsdal county of Norway. Here, one finds the Juvet Landscape Hotel which doubles up as Nathan’s house in ‘Ex Machina’. The hotel is located in a remote area of the valley called Alstad. The hotel’s location assists in making the home in ‘Ex Machina’ appear secluded. The interior design of the hotel too helps the movie achieve an uncomfortable tone, its futuristic architecture lending the movie a creepy feeling. The production was filmed for two weeks at the Juvet Landscape Hotel.

Other Locations in Norway

Aside from the Juvet Landscape Hotel, several other locations in Norway were also used as filming sites for ‘Ex Machina.’ The production team chose Sognefjord, the deepest fjord in Norway, to tape the scenes that feature natural landscape. The establishing shots in the scene involving Nathan and Caleb going on a hike were taken at the Briksdal glacier, which is a part of a large national park in Norway called Jostedalsbreen National Park in the municipality of Stryn in Vestland county.

However, the actual waterfall where the hike takes place in the film is the Grønfossen Waterfall in Grøndalen, another valley in the country located at a distance of 30 miles from the Juvet Landscape Hotel. Additional shooting for the house was done at Fjora House, a private residence designed by the same architectural firm as the Juvet Landscape Hotel, Jensen & Skodvin Architects.

Studio shooting for the movie was done at Pinewood Studios, located in the village of Iver Heath in Buckinghamshire. The production facility is located less than 20 miles from London. The production designers replicated the interiors of the hotel in Norway. Studio shooting was done in such a way so as to help the extensive special effects work required for the film. The schedule for shooting at Pinewood Studios was longer compared to Norway as the facilities were used by the crew for four weeks as opposed to two in the Scandinavian country.

Coming to London, Caleb’s workplace is Bloomberg financial offices, located on Finsbury Square in the Broadgate area of England’s capital.