12 Best Robot Movies of All Time 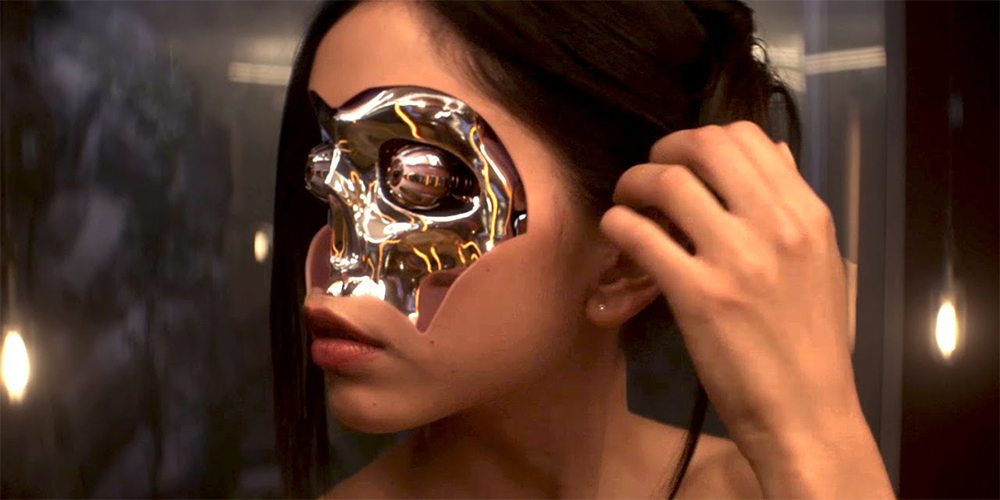 It is the 21st Century, and the Androids are in. No, I’m not talking about the smartphone operating system. I’m talking about robots, artificial intelligence, and autonomous life. In their jest to find an answer to death, scientists all over the world have been trying to find a way to replicate the human body in a way, that it can last forever. Artificial Intelligence has been a significant talking point in that battle. With products like Alexa and Siri on the market, and the possibility of artificial life lurking around the corner, how could Hollywood stay silent?

There have been numerous movies in the last two decades and even before that, focusing on autonomous life and beings that can emulate human intelligence. Besides being totally entertaining, these films focus on fundamental topics like humanity and consciousness. Here’s the list of top robot and android movies ever. You can watch some of these best Robot movies on Netflix, Hulu, or Amazon Prime. In the not too distant future (considering the speed at which we are destroying the planet), the earth has become unlivable, and the entire mankind has left. There are trash and garbage all around, and a robot called Wall-E has been left to clean up everything. He is alone and basks in the former glory days of the human beings by going through their trinkets. One fine day, a reconnaissance robot Eve is sent to survey the earth for life sustainability. As it happens in this kind of movies, Wall-E falls in love with Eve. But true to her directives Eve shuts down as soon as they find life. After that Wall-E does everything in his power to wake her up. He becomes hopeless until a spaceship comes to reclaim Eve. What will he do? Will he leave his love or his world?

Before people start shouting at me, I want to acknowledge that this movie which is a part of the Alien series, primarily focuses on, well, aliens. However, Michael Fassbender’s role as David is something that stands out throughout the movie. In the year 2089, two archaeologists and several crew members are aboard a spaceship. They are heading towards a planet which the crew thinks is the key to answering the most important question of human history. Who is our creator? Amidst the crew is an android David (Michael Fassbender) devoted to his maker Peter Weyland (Guy Pearce). Behind a bunch of nerds wanting to meet their makers, David has been given a task to find out the secret behind eternal life. What will happen when the answer to both questions is an excruciating death?

Wanna watch Will Smith and Bridget Moynahan battle a bunch of Robots? Well, you’re in the right place. There’s this and more. Detective Del Spooner (Will Smith) is a man living with artificial body parts after losing his left arm in a car accident. Dr. Lanning, a robotics specialist, personally gave him a new life. The good doctor also developed a range of humanoid robots which could help humans lead a better life. Sadly someone’s sinister plan leads to a revolution from the entire robot army, and Dr. Lanning’s death. Watch as Detective Spooner takes the help of the charming and beautiful Bridget Moynahan in getting to the depth of this conspiracy.

In a dystopian future, Johannesburg is riddled with crime and to tackle that the police force purchases robot officers from the company Tetra Vaal. For the same company works a boy genius Deon Wilson (Dev Patel), who has discovered a way to make a robot feel and behave like humans. Undeterred by his boss’s denial, he tests that artificial mind on a recently damaged robot. Hence Chappie, a robot with a human’s mind is born. The movie takes us through his birth and the way his mechanical brain learns about the world just like a baby’s mind would. But many would see Chappie used for nefarious purposes. What will Chappie and his maker do?

Well, whatever one might say and however steep the descent in the Transformers movies’ quality may have been, you can’t deny the fact that this franchise essentially changed the way movies based on robots are made. The first movie -the best of the lot- sets up the stage for an epic five movie battle between the Autobots and the Decepticons. Speaking about the movie itself, it’s based on the life of a teenager Sam (Shia LaBeouf) who discovers that his newly bought car is, in fact, an autonomous life form who came with others of his kind to Earth a long time back. The good ones Autobots and their rivals Decepticons are fighting for a chance to control the All-Spark, an ultimate power source. Who will win? And most importantly will Sam be able to woo Megan Fox? Doesn’t seem that difficult though. 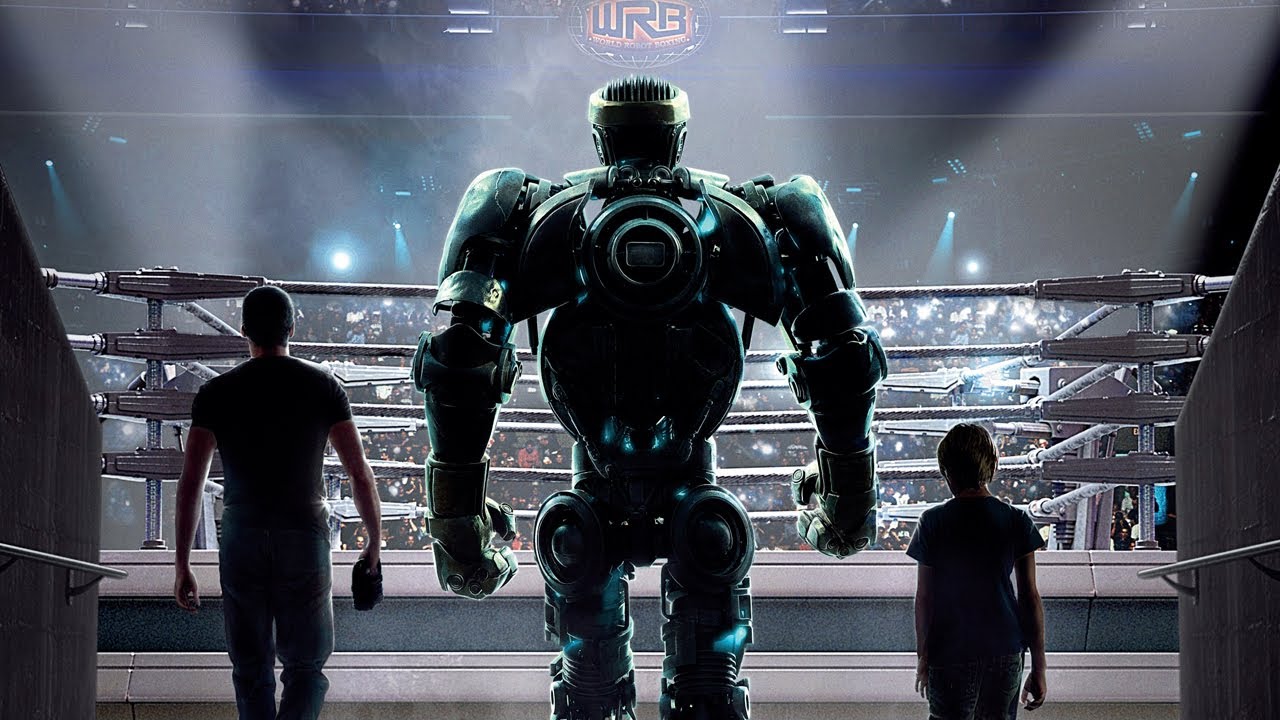 I wonder why all the robot movies are based in the future. Interesting isn’t it? Here we are with another one based in the near future and Hugh Jackman in the lead. In a time when robotic boxing is on the up, a man Charlie Kenton (Hugh Jackman) is a low life hustler and ex-boxer, who finds robots fit enough to compete in the underground robot boxing so that he can make some money. His life turns around when his son Max, who he didn’t know anything about, comes to his doorstep. Together they find a thin but resilient robot called Atom which takes the boxing world by surprise. Watch as Atom literally breaks steel to prove he is worthy enough to be named the champion of the world. A beautiful relationship is shown between Hugh Jackman, Max, and the silent robot. 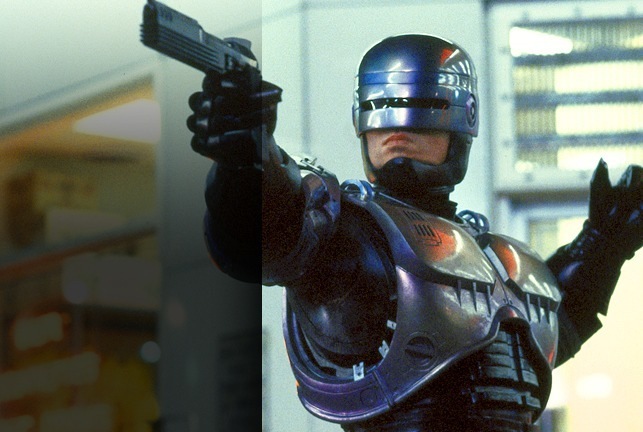 This one is bound to go up in the history books. Sometime in the near future, amidst crime-ridden Detroit, Officer Alex Murphy (Peter Weller) is shot by a couple of gangbangers and left to die. OCP, the company that runs the city, sees it as an opportunity to redeem their recent failures and gives Murphy a brand new metallic body. He becomes Robocop, the half-man half-machine cop who is very efficient in taking care of the criminals. The movie presents a beautiful contrast between the cold calculations of his machine side and the emotional thought process of his human side.

In a dark future, the world earth has been entirely destroyed and taken over by the machines. These machines need the humans to survive, and so they keep them alive in incubation chambers where their body fluid is continuously extracted. To pacify them, every human is shown an illusion, a false life, that they think they are living under their own free will. The few humans who are out of the machines’ control, strive to get their fellow brothers and sisters out. They await a messiah who will come and free all of them from the influence of the machines. Their wait is completed when Neo (Keanu Reeves) is found by Morpheus (Lawrence Fishburne). Watch an epic battle between the real and what seems real. Starring Academy-Award-Winner Alicia Vikander and Oscar Isaac, this is a horrific yet thoughtful story of how searching for humanity can end up taking all humanity out of something. Caleb (Domhnall Gleeson ) is a young computer programmer who has been selected to work with his company’s secretive founder and CEO Nathan Bateman (Oscar Isaac). When there Caleb is told by Nathan that he is to help him in testing his new artificial intelligent android. Unaware of the real intentions of his idol, Caleb finds himself in a cat and mouse game where he has to decide whether to believe in the man he has been looking up to all these years or trust a complete stranger who isn’t even human. Some tremendous acting portrayed by Alicia and Oscar Isaac. 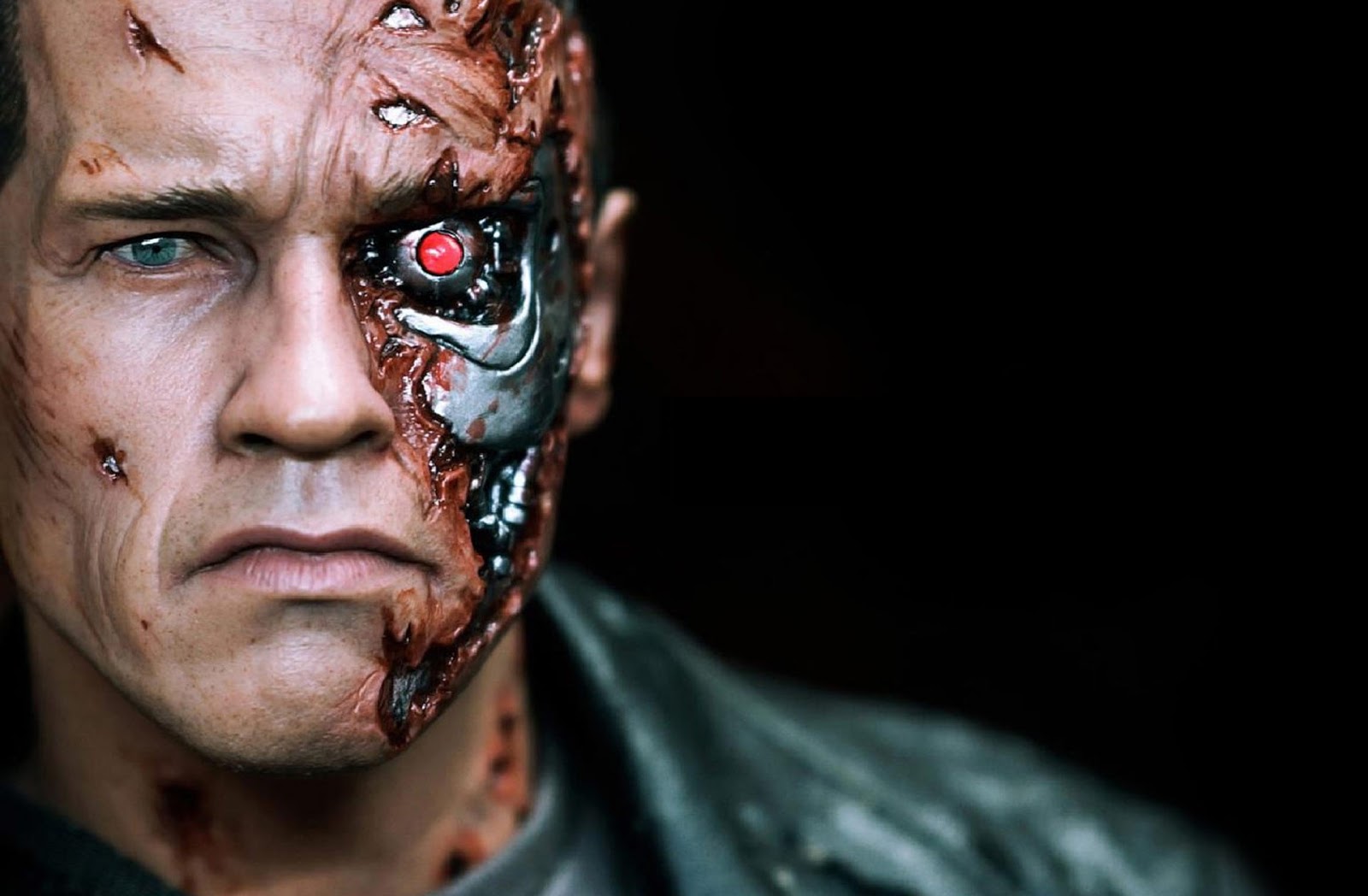 There have been several movies of the Terminator franchise which have captured two generations of fans around the world. But the first part is the one which rules them all. With a simple yet powerful plotline, this movie tells the story of Sarah Connor (Linda Hamilton). Sarah, a waitress in the year 1984, sees her little world get threatened when the Terminator (Arnold Schwarzenegger), a human-looking cyborg tries to kill her. Kyle Reese saves her and tells her that the son she will have in the future, will be a very important person. Skynet, a self-conscious machine system, will become self-aware in the future and her son John will be the key to defeating Skynet. That’s why they need to evade the cruel killing machine, both for her son’s sake and for the sake of the world.

Not your traditional robot movie, this one is based on a man who falls in love with a virtual girl. Theodore (Joaquin Phoenix) is a lonely letter writer in a dystopian future. He has no friends or loved one he can call his own. In the virtual world that he lives in, he starts falling in love with the operating system Samantha (Scarlett Johansson) that manages all his daily needs. In a complicated relationship between a man and a machine who he can’t kiss or hold in his hands, we find out what it truly means to adore someone. Well, if you ask me if you have Scarlett Johannson taking care of everything that you need and talking to you 24/7, what dumb guy would complain? 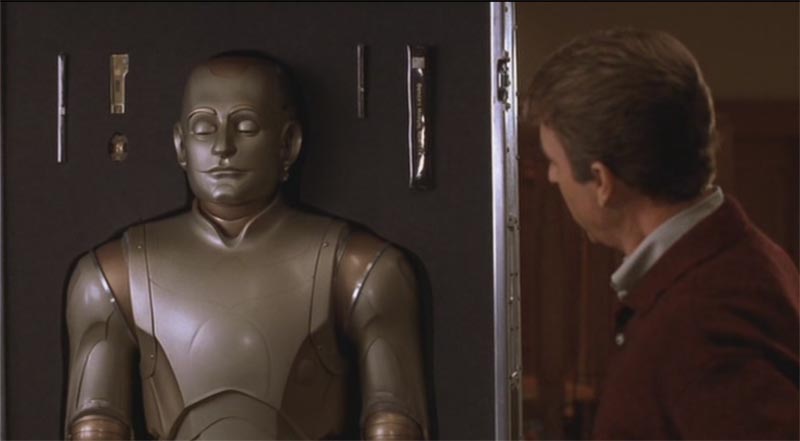 Based on the novel ‘The Positron Man’ by Isaac Asimov, this is a beautiful story of a robot Andrew Martin (Robin Williams). While touching on various touchy but important issues, the movie tells you what it really means to be human. Does being born with the privilege of having flesh, a face that can bend into certain emotions, and have an evolved brain mean that you are human? Or does humanity come from the innate sense of belonging and togetherness that we share with the world? Andrew Martin is an android who is struggling throughout his endless life to find his place in a world of humans. When he falls in love with a human Portia (Embeth Davidtz), Andrew does what any human would do in this situation. He proposes to Portia and sends a petition to the World Court to recognize him as a human so that he can marry her. But the authorities reply that they can’t accept his wish. His rest of life is spent in trying to prove why he is worthy of being called a human and marry the love of his mechanical life. Watch this movie and then contemplate the question: What does it mean to be a human?