12 Best Vikings Movies of All Time

Historical movies receive a lot of love from the audience. And the history of the Vikings makes things even more interesting. Be it their violent wars, or their intriguing (Norse) mythology, the Vikings have always been a fascinating subject. To exploit this interest of the viewers, over the years, several filmmakers have tried to make movies about these fierce and beguiling Norse seafarers. The inclusion of ‘Thor’ in ‘The Avengers’ was one of the factors that turned the focus towards the history of the Vikings.  A television series, ‘The Vikings’, by History Channel has gained a lot of popularity because people don’t know much about them and this makes their story even more intriguing.

Here is the list of top Viking movies ever you must watch if you are interested in their history and the Norse mythology. You can also watch some of these best viking movies on Netflix or Hulu or Amazon Prime.

Norse king Bagsecg is bedridden and death looms on his door. He is unwilling to leave his throne to his second son who is a cunning diplomat and would easily surrender to the Saxons. The King beckons his third son Steinar to go into the English lands and find out his eldest son, Hakan, who is the most deserving successor and had left his family over a decade ago. The reason for Hakan’s departure is unknown to Steinar, but he decides to fulfill his father’s dying wish. 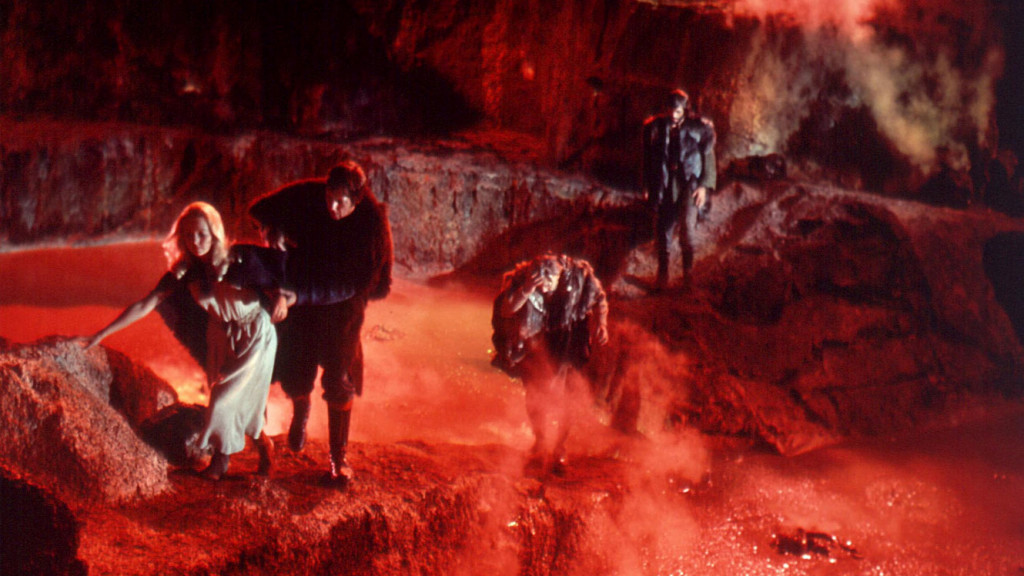 In 1907, Sir Anthony Ross embarks on an expedition to the Arctic. His son Donald had gone missing and Ross believes that he can find him. He is joined by an archaeologist, a French inventor, and an Eskimo. As they venture further to the land where whales go to die, they discover a land that has been cut off from the rest of the world for centuries. And it is inhabited by the lost civilization of the Vikings. 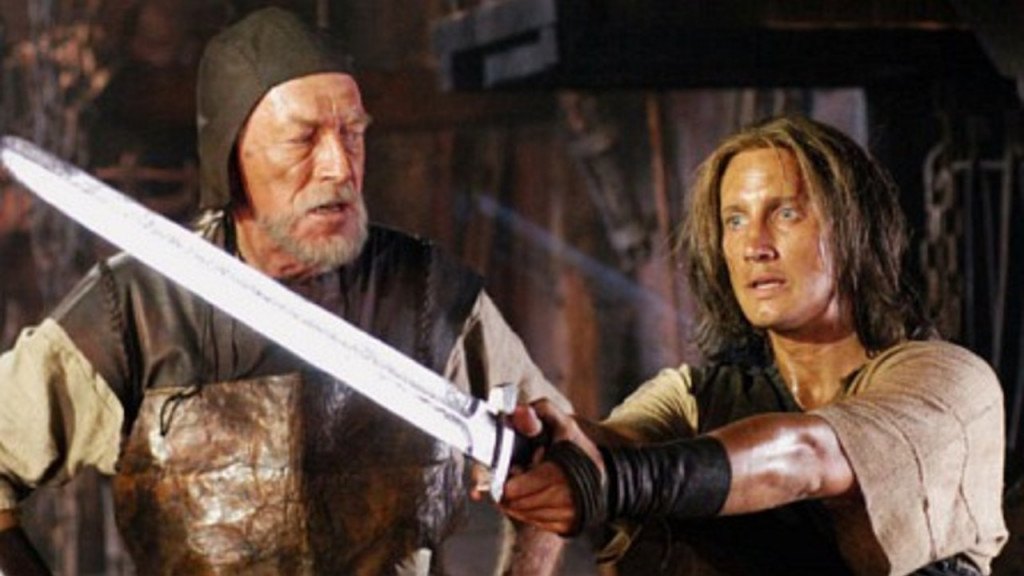 Based on the Norse Mythology, this TV movie is centered around the life of Siegfried the Dragon Slayer. It is the time when Christianity is expanding and the people are converting to it from paganism. One night, Siegfried wakes up to see his castle invaded by the Saxons. He runs away but everyone else in the castle, including his parents, are slain. A blacksmith finds him alongside a river and adopts him under the name of Eric. But destiny has different plans for Siegfried. 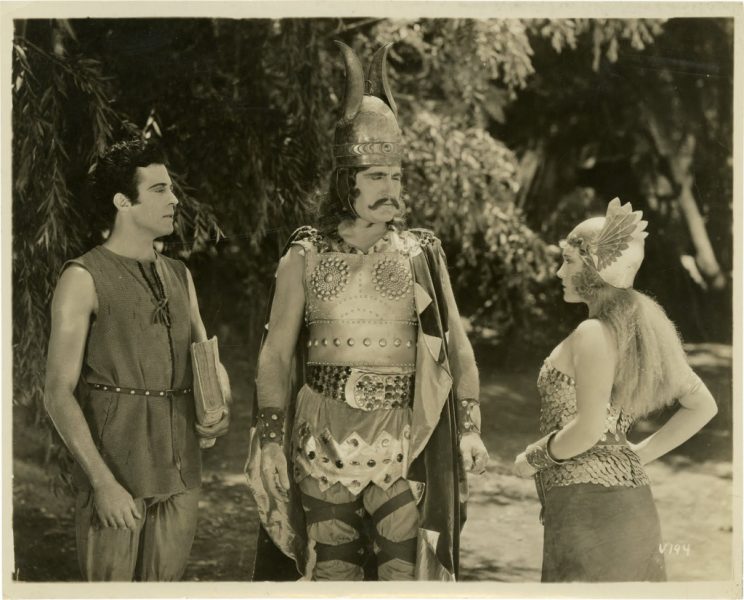 The Earl of Northumbria, Lord Alwin, falls prey to a Viking raid and is taken captive. Bought by Helga in an auction, Alwin can’t accept his fate as a slave and continues to prove troublesome. As events progress, he falls in love with Helga and builds a reputation for himself for being a good fighter. The struggle between paganism and Christianity finds a way into his newfound life, and he discovers that his troubles aren’t over yet. 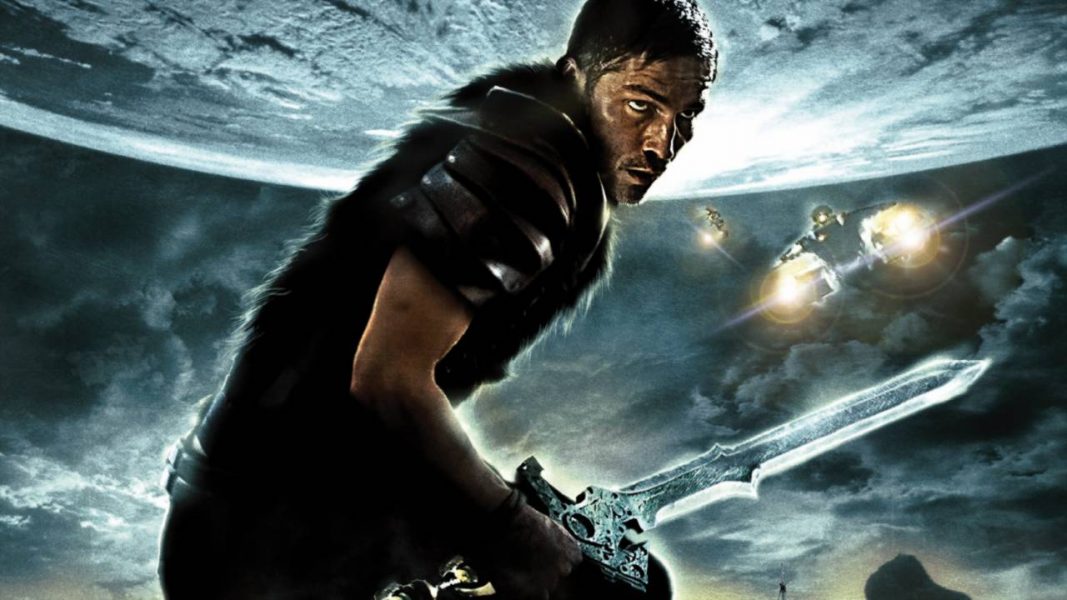 A man from the future finds himself stranded in the times of the Vikings. He is captured by a Viking warrior and soon proves himself in front of everyone. As they welcome him into their tribe, the man finds a way to kill the creature that crashed his ship and find a way to go back to his world. 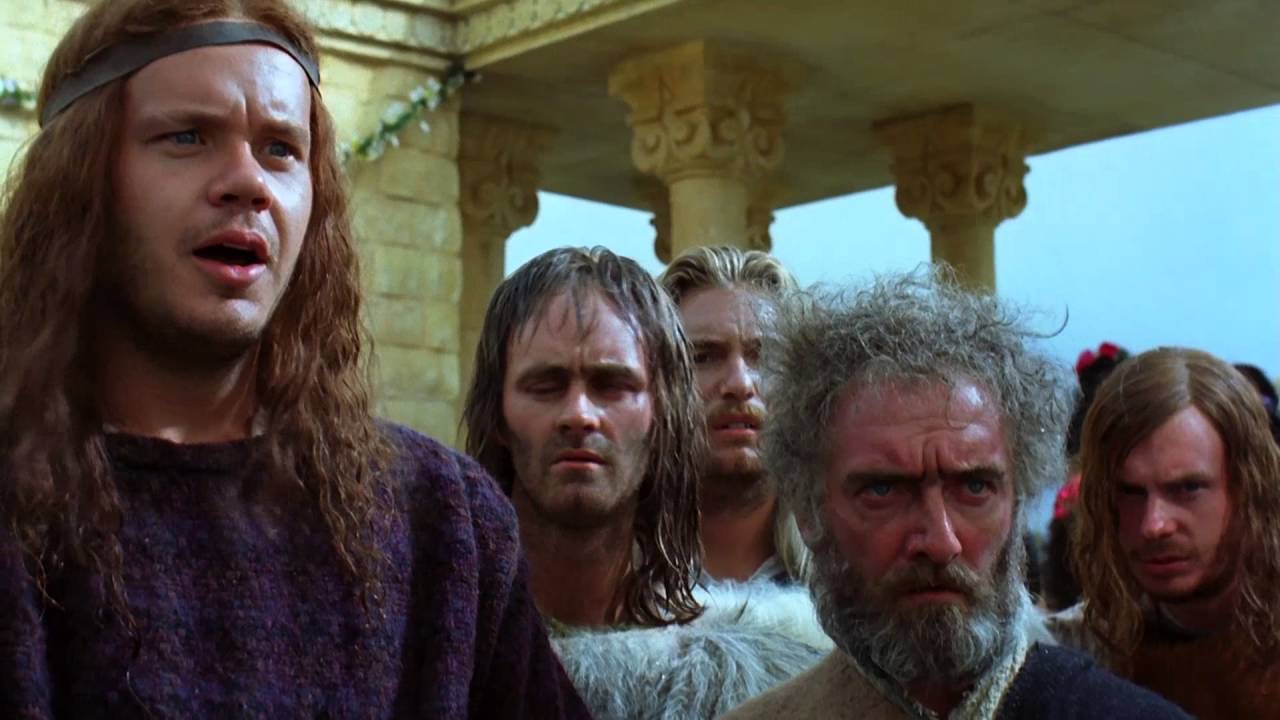 Inspired by a children’s book, it is the story of Erik, a young Viking. While the rest of his tribe is pretty violent, Erik has no taste in pillaging and plundering others. The death of an innocent woman haunts him and he decides to travel to Asgard to petition the gods for invoking peace in the world. Erik and his crew embark on an adventure that has perils all along the way. 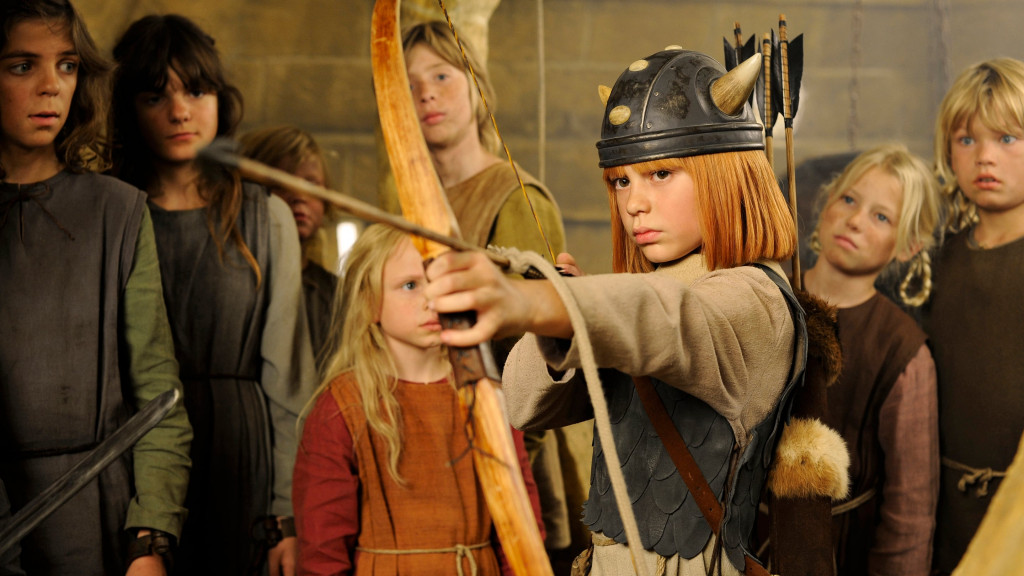 This German film tells the story of a young Viking named Vicky. While the rest of his tribe measures strength as a physical concept, he believes that the ingenuity of a person is what decides the fight in someone. When his village falls under the attack of the Viking pirates, he joins a team led by his father to free his enslaved people. 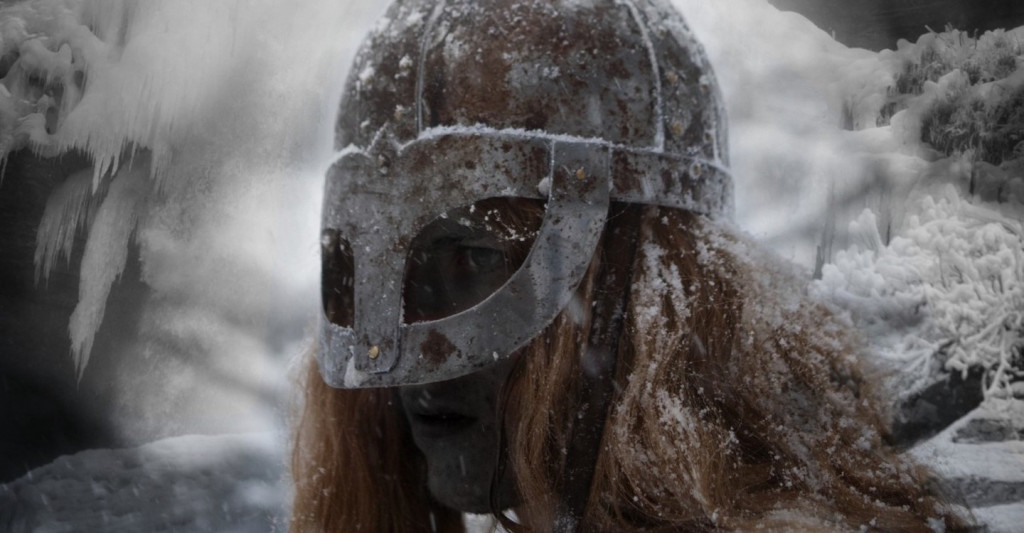 This independent film tells the story of two Viking warriors who are stranded in North America. They battle the natives and try to stay alive while holding on to their mental self. They miss their home and undergo situations that challenge their humanity. The film has been shot in a documentary style, and violence forms a major part of it. 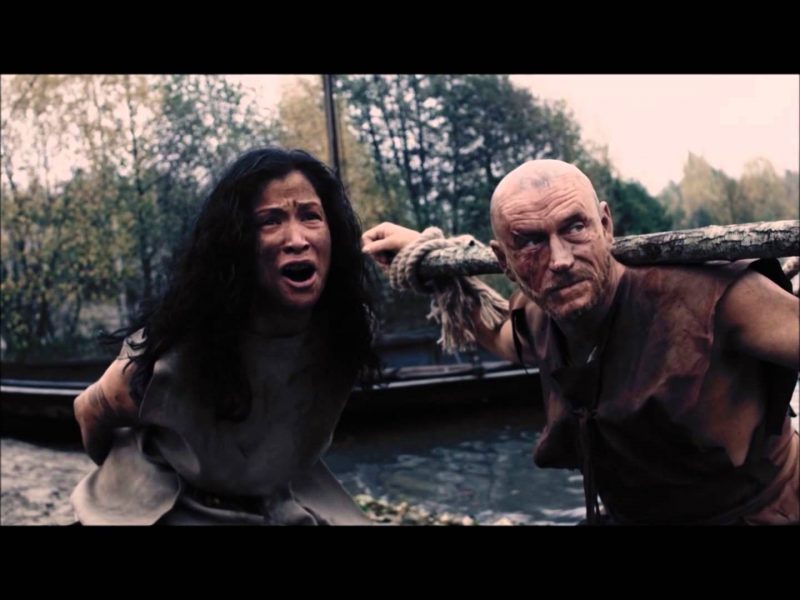 This indie Swedish film is set in the year 1088. Christianity was a juggernaut that was crushing all the pagan religions, and the conversion wasn’t an easy thing for the people. Grim is a pagan and he is enslaved by a Christian leader who tries to force him, and others like him, to convert to Christianity. But the gods and the spirits of his dead family won’t allow him to rest unless he exacts revenge on his enemies. The film turns away from the clichés that have defined the Viking-movies genre. It is based more on the history and the facts and presents a truer picture of the conversions that happened around that time. 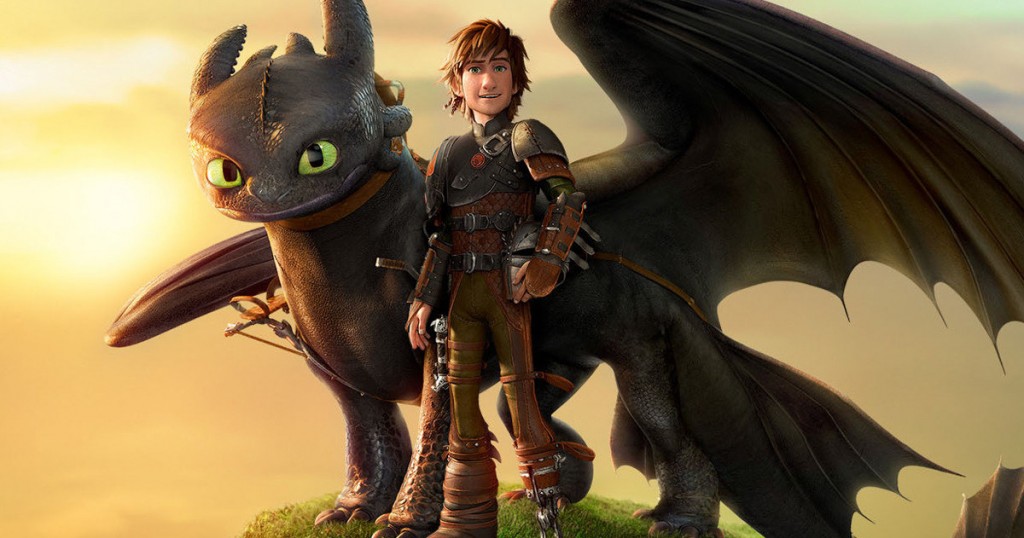 A loose adaptation of the British book series of the same name by Cressida Cowell, this film follows the life of a young Viking teenager, Hiccup. His village has been troubled by the dragons who steal livestock and create a nuisance. Hiccup is the son of the village chieftain and he aspires to become a brave dragon slayer like his father. But Hiccup isn’t like anyone else in his village, and he realizes this when he captures his first dragon. 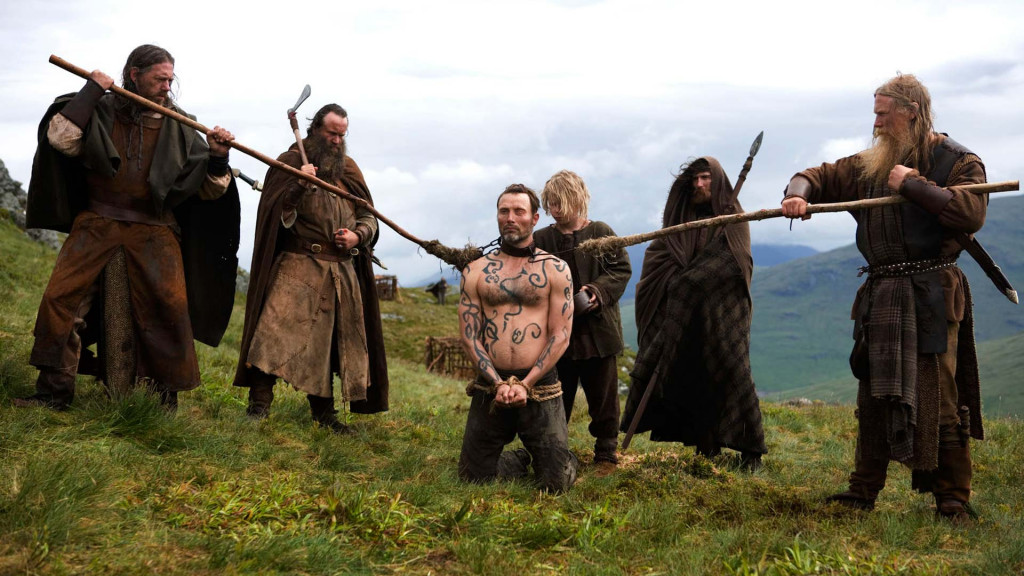 Mads Mikkelsen stars as One-Eye, a mute man who is held captive a Norwegian chieftain. When One-Eye finally frees himself, he wreaks havoc on his captors and their entourage. As he walks out of that place, a boy follows him. One-Eye and the Boy travel together and meet a group of Crusaders who are embarking on the voyage to the Holy Land. But their journey is fraught with perils and when they finally find the land, it is not what they thought. 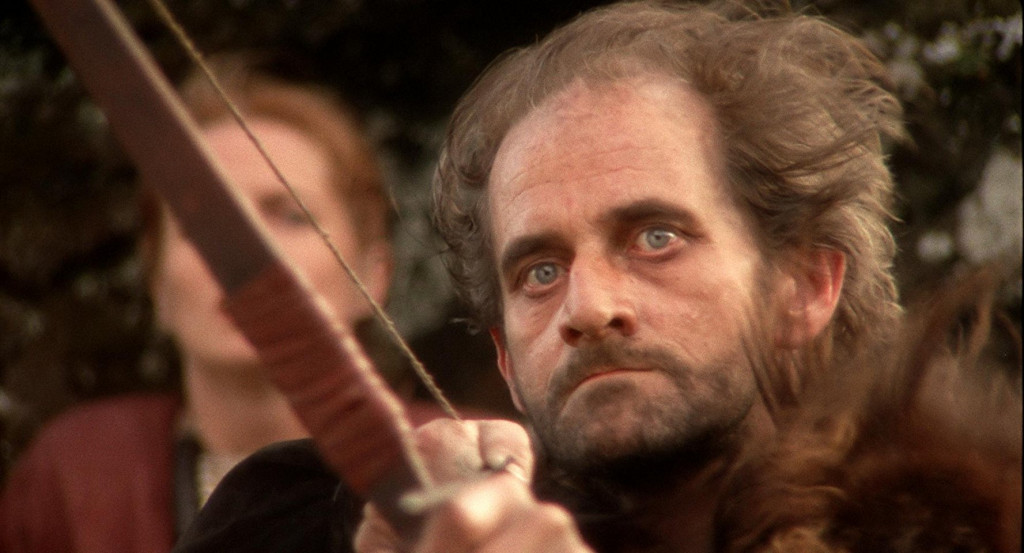 The first in ‘The Raven Trilogy’, this Icelandic-Swedish film is about a young boy whose parents are killed and sister is kidnapped by the Vikings when they raid his village. Twenty years later, he embarks on a journey to exact revenge against the Viking lord who destroyed his family. The film draws a heavy influence from ‘the Sagas of the Icelanders’. The filmmakers aimed to break the stereotypes around the Vikings and tried to portray an authentic picture.