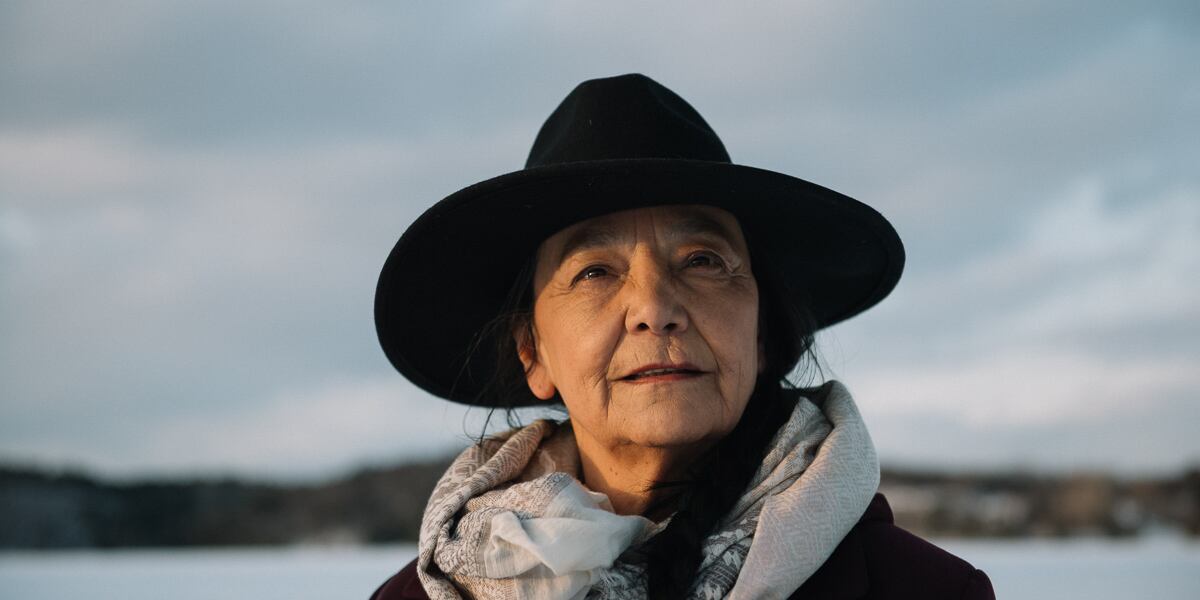 Helmed by Anishinaabe filmmaker Darlene Naponse, the 2018 drama movie ‘Falls Around Her’ is a nuanced character portrayal of a woman who decides to reclaim control of her life. Layered, soulful, passionate, refreshing, and rooted by an ebullient performance by actor Tantoo Cardinal in the veteran actor’s first lead role in a feature film, the movie does not hesitate to break away from the norm.

The narrative sees Cardinal embodying the role of Mary, an Anishinaabe musician who returns to the reservation to reconnect with her roots. However, she soon faces obstacles from outside intruders while her fame stands in the way of her serene retreat. Following its release, the movie garnered much praise thanks to a dynamic script and a guided direction. Now, if you are wondering whether the movie was lensed in the location where it is set, let’s dive in for some answers!

Falls Around Her Filming Locations

‘Falls Around Her’ was filmed entirely in Ontario, specifically in Sudbury. Principal photography took place in 2017, with Ray Dumas, the cinematographer of ‘The Cello’ and ‘The End of War,’ coming on board as the director of photography. At the same time, Mercedes Cueto and Diana Magnus (art director of ‘Cube‘ and ‘Narc’) joined the team as the production designer.

For both veteran and budding filmmakers, Canada provides diverse landscapes eligible for shooting, which range from snow-capped mountains and forested terrains to bustling cities. Furthermore, the province of Ontario attracts production by offering a tax credit entailing 35 percent of qualified production expenditure. Let us now take you to the specific locations where the movie was shot.

Almost all of the sequences in the movie were recorded on the sacred land of the Atikameksheng Anishnawbek First Nation, which lies around 20 kilometers southwest of the Ontarian city of Sudbury. Formerly known as the Whitefish Lake First Nation, the reserve takes up a significant portion of northern Ontario. The official address is Whitefish Lake 6, which derives its name from the vast homonymous lake bordering the reserve. The protected area, home to descendants of the Ojibway, Algonquin, and Odawa Nations, is also the dwelling place of writer-director Darlene Naponse.

Consequentially, the director sought to showcase her home and community in the movie. Mary returns to her roots to walk the land, and the film mostly unfolds in outdoorsy locations under natural light. The director was particular about the color scheme, and she had long conversations with Dumas about the color and glow. There had to be a balance in the shots and a discord reflecting the protagonist’s changing mindscape, which the cinematography adequately captures in the movie.

Read More: Is Falls Around Her Based on a True Story?