Where Was Flora and Ulysses Filmed?

Based on Kate DiCamillo’s Newbery award-winning eponymous children’s novel, ‘Flora & Ulysses’ is a superhero comedy film. It centers around a young girl, Flora Buckman, and her family. Flora loves comic books and acknowledges that she is a cynic. One day, Flora rescues a squirrel and names it Ulysses, unaware that her deed will go a long way. She soon finds out that the squirrel has superpowers. But the inexplicable powers of Ulysses wreak havoc on everything around Flora and her family.

While she is trying to adjust to Ulysses’ anomalous abilities, Flora realizes that another danger lurks around her. An animal control officer Miller wants to capture Ulysses and take it with him. Therefore, the young girl must act with urgency and vigilance to protect her little friend. ‘Flora & Ulysses’ is a story of antic-filled escapades and humorous events that can bring a smile to anyone’s face. The heartwarming story has touched many hearts, and if you are also impressed, you might want to know where it was filmed. Don’t worry, we have got you covered.

‘Flora & Ulysses’ was filmed entirely in the Canadian province of British Columbia. The westernmost province of Canada has several beautiful locations that have been used for shooting. Famous for its mountain ranges and pacific coastline, the film industry of British Columbia is often referred to as the Hollywood North. After New York and Los Angeles, it is the third-largest film production location in North America. We investigated further about the specific shooting locations and found out more details. Here’s everything you need to know! 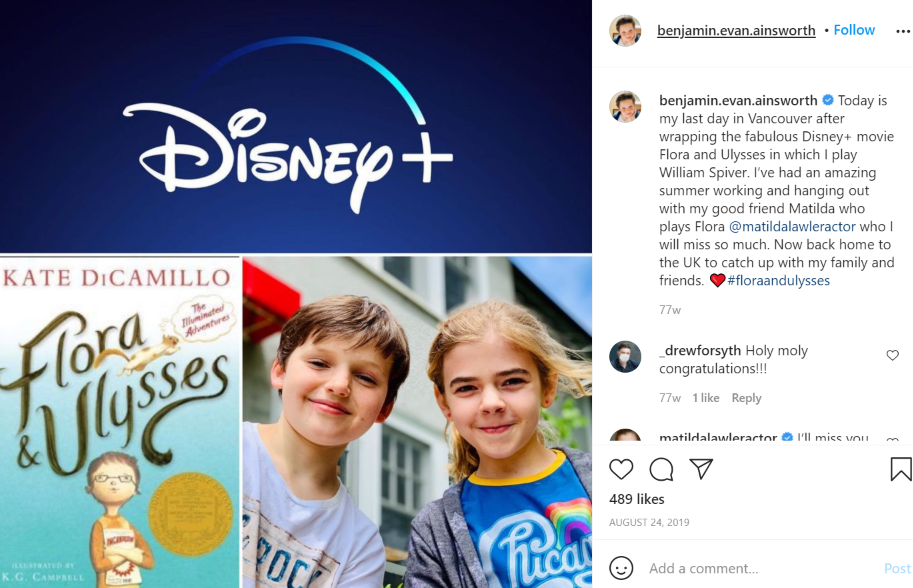 ‘Flora & Ulysses’ was filmed in Vancouver, British Columbia. Surrounded by picturesque mountains, Vancouver has been a popular filming location for a long time now. The cinematography, production design, and everything else for the film evoke a childlike curiosity and wonderment in the viewers. It is tough to ignore the abundance of the lush green forests and trees in every exterior shot. The movie shies away from modern technology and celebrates nature.

Each filming location is close to nature which is the right choice for its animal protagonist. The production team created Ulysses, the squirrel, using CGI, and almost every action scene was filmed using the technology. The filming for the movie was completed by August 2019. But with the coronavirus pandemic in early 2021, the post-production was delayed for some time. Ultimately it had to be done remotely.

After 2 months & 44 shooting days we’ve wrapped the @Disney movie Flora & Ulysses. We weren’t allowed to take photos on set or in costumes, so here’s a shot after we wrapped of the film’s star, Matilda Lawler & her movie dad celebrating our beautiful funny & heart warming film. pic.twitter.com/lIoQ2CINXK