Where Was Gimme Shelter Filmed?

A Ronald Krauss directorial ‘Gimme Shelter’ is an independent drama that follows the story of Agnes “Apple” Bailey’s (Vanessa Hudgens) unfortunate and disconsolate teenagehood. She lives with her abusive mother (Rosario Dawson), an addict plummeting into persistent lows of drug addiction, while her father (Brendan Fraser) is a no-show. Apple is often on the receiving end of foster care that provides her with welfare money. However, her mother satiates herself with the money Apple is allotted. With no other option left, Apple decides to search for her father, Tom Fitzpatrick, a well-to-do Wall Street broker.

But things head south when Apple finds him, and he discovers that she is pregnant. She is once again forced to leave, homeless and heartbroken. The story portrays Apple’s struggle against being marginalized and her perseverance to pave her way out of it into a life where she is accepted. The 2013 movie skims through suburban setups with rows of calm and withdrawn houses coloring the backdrop. More emphasis is placed on the characters’ emotional expressions that melt into a very subdued backdrop. As far as locations are concerned, we wonder where it was filmed. Let’s find out.

‘Gimme Shelter’ started filming on June 9, 2011, in Connecticut and was completed by mid-July 2011 in Newark, New Jersey. It was initially decided that the movie would be filmed in Michigan. But the production team switched the filming location to Tri-State Area and shot the scenes in Connecticut, New York, and New Jersey. Let’s get into specific details.

The initial scenes in ‘Gimme Shelter’ where Apple puts up with her abusive mother, were filmed in New York. The young woman is frustrated with her life, which feels like a dead-end at this point, and decides to leave in search of her father to gain some support and direction. Apple leaves on a Grey Hound Bus as she gears up for the next destination. 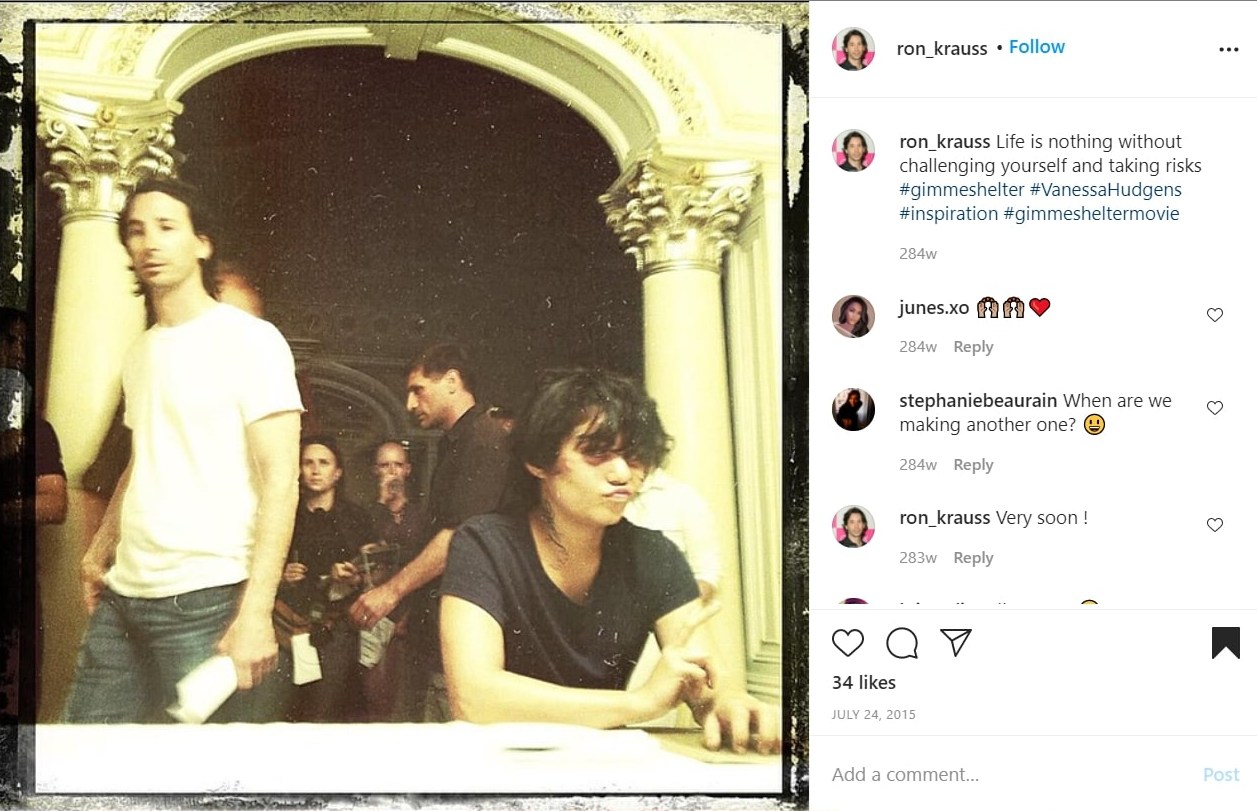 Apple subsequently arrives at a gated suburban mansion located in a neighborhood in New Jersey. The house happens to be her father’s, who she has never met. He finally arrives just when the cops are about to take her, and they both have a confrontation. Apple leaves when she discovers that she is pregnant, at which her father suggests her to get an abortion.

@VanessaHudgens and Ron Krauss behind the scenes of 'Gimme Shelter'. pic.twitter.com/cT6R6EYmI4

While talking about his filming experiences, Director Ronald admitted to having spent over a year in the Several Sources Shelter, founded by Kathy DiFiore. The movie is based on the therapeutic transformation that the institution imparts to girls in need of help. Parts of the film were shot at Kathy DiFiore’s house and the shelter, which is located in Ramsey, New Jersey. Vanessa Hudgens also lived in the shelter for two to three weeks, exploring and learning more about the prevailing themes